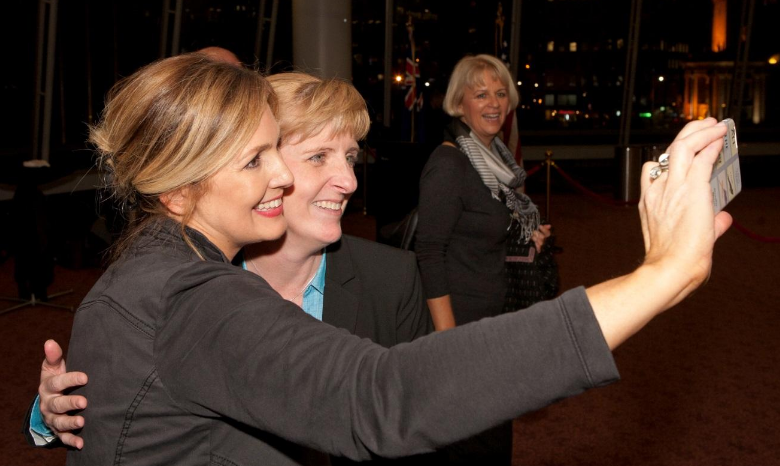 On Wednesday, May 17, 2017, the Auckland Writer’s Festival launched once again, a multi-day event celebrating the achievements of many award winning authors from New Zealand, the United States – including Man Booker prizewinner Paul Beatty, and young adult author Jennifer Niven – and many other nations.

In one of the first events of the festival, U.S. Consul General Melanie Higgins set the stage for a Jennifer Niven’s discussion aptly titled “About the Hard Stuff”, where Jennifer Niven gave a heartfelt discussion regarding societal pressures and issues facing teenagers growing up in an ever changing modern society.

Jennifer discussed the challenges she faced throughout her career, her aspirations as a child, and her experience growing into her shoes as a teenager and young adult – and how this drove her to pursue success.

Touching on the issue of confidence in young adults, Jennifer also talked about dealing with trials and tribulations, and the ways doing so helped keep her calm and level headed even in the toughest of times.

The night also had one very special addition – with Fulbright alumni Roydon Agent being recognized as the U.S. Government International Exchange Alumni of the Month for the Oceania region.

Also in attendance was a small group of inquisitive U.S. Youth Councilors, who got the chance to meet the authors – and even had personalised signings for their copies of Paul Beatty’s book!

Finally was Paul Beatty, hosting a Q&A with a MC to a crowd of thousands, inspiring the next generation of award winning authors and offering unique insights into his work.

Paul discussed the inspiration for his latest grimly hilarious best-selling novel “The Sellout”, and how he became the first American to win the prestigious Man Brooker Prize, before opening the floor to questions from the audience in the packed Aotea Centre ASB Theatre.

Overall, the Auckland Writers Festival once again provided a unique opportunity to showcase the best and brightest from New Zealand, the U.S. and further afield – and the astounding results cultural co-operation can achieve. From breaking barriers, to discussing sensitive issues, to connecting cultures over important shared values.