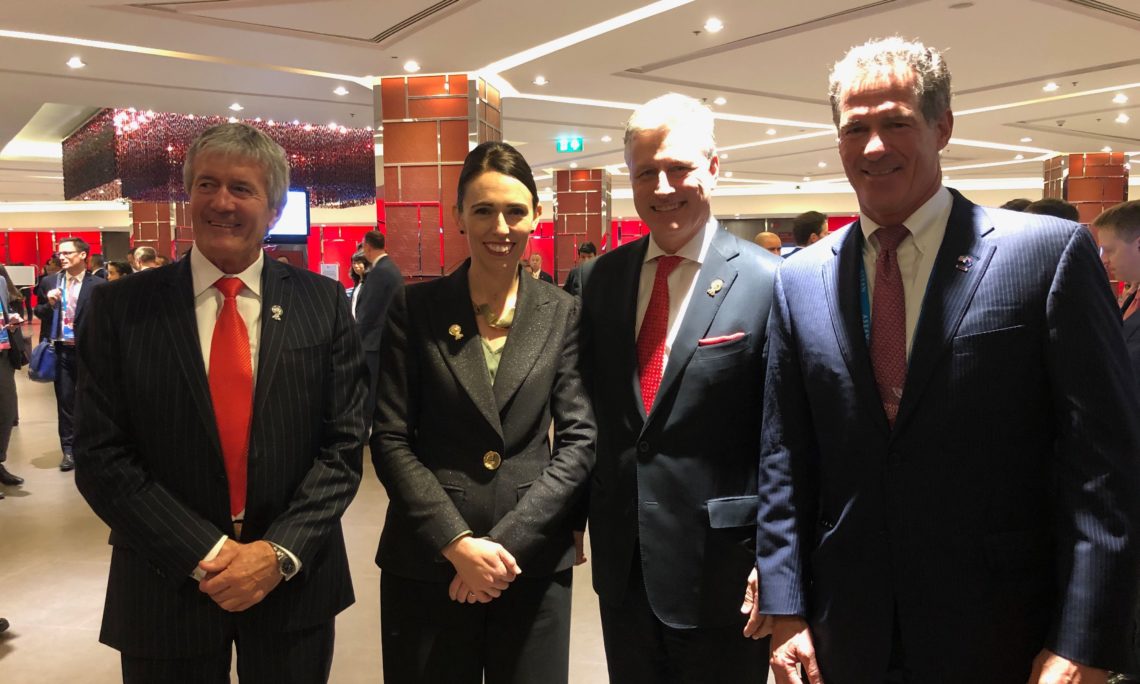 Over 1,000 business and government leaders from the United States and across the Indo-Pacific region gathered on November 4 in Bangkok for the Indo-Pacific Business Forum to promote the value of high-standard investment, transparency, rule of law, and private-sector-led economic development.

The nearly 200 U.S. business executives in attendance represented some of the world’s most innovative, influential, and trustworthy companies—with a collective annual revenue of over $2.8 trillion. These companies contribute to an annual $1.9 trillion in two-way trade in goods and services between the United States and the countries in the Indo-Pacific region and help make the United States the largest source of foreign direct investment into the region. Over 600 business executives from other Indo-Pacific countries participated in the Forum.

The United States and ASEAN: Expanding the Enduring Partnership.

U.S. engagement with the ten member states of ASEAN has never been stronger.  The United States welcomed the ASEAN Outlook on the Indo-Pacific, and its close complementarity with America’s Indo-Pacific Strategy, as well as the regional approaches of our allies and partners.  The United States aims to uphold sovereignty, transparency, good governance, ASEAN centrality, and a rules-based order, in conjunction with all our allies and partners.  Across the four priority areas of the ASEAN Outlook – economic, infrastructure, maritime, and connectivity – ties with the United States have grown ever closer.

Connectivity in the Mekong

The United States continues to promote infrastructure, energy, and the digital economy through programs launched under the U.S. Indo-Pacific Strategy in the strategically important Mekong region.  Our engagement has delivered tangible improvements to the lives of the people of the Mekong region through, and we are set to grow our engagement and expand its scope.

In August, Secretary Pompeo announced an additional $45 million in resources to expand engagement in the region.

For further information visit the U.S. Mission to ASEAN website at https://asean.usmission.gov/.