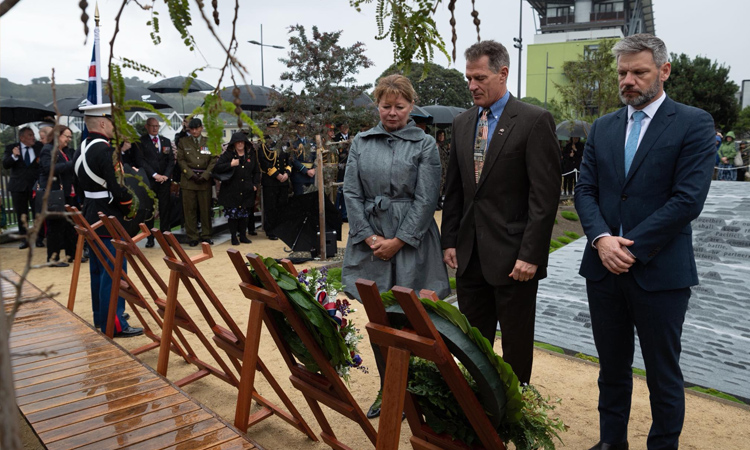 A commemoration service was held at Auckland Museum. U.S. Consul General Katelyn Choe, U.S. Major Andrew Lake, Hon Minister of Defence and Veterans Ron Mark – NZ First MP, Mayor Phil Goff, representatives from the NZ Defence Force, veterans and guests attended the service. Wreaths were laid in honor and remembrance of those who fell in the line of duty for their country.

In Wellington, Ambassador Brown was honored to represent the U.S. in commemorating Memorial Day on Monday by acknowledging the men and women who have died in military service. Thanks to New Zealand representatives, New Zealand & Local Government, New Zealand American Association, RSA National and Veterans’ Affairs NZ who came to pay tribute.