Home Home / News & Events / A bit of everything really 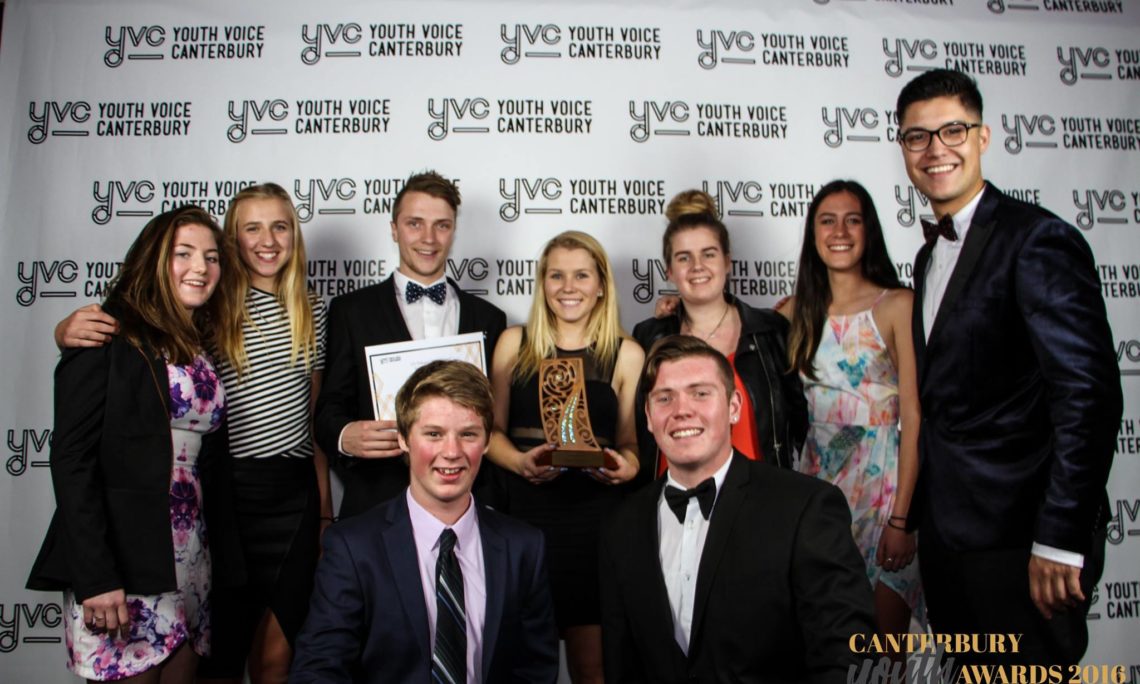 Around our main Universities in Aotearoa, the US Embassy NZ has their Youth Councils. This helps the US Embassy NZ to build a two-way relationship with up-and-coming kiwi leaders, to inspire, support, and help open doors for them. One of the four groups of US Embassy’s Youth Council comprised of students from the University of Canterbury (UC). Over the last few months, the UC-based Youth Council members have been involved in some awesome activities.

In April, we had our first meeting where we got to meet the new group and also hear from Rob Tate, the Public Affairs Officer, and Dr Aime Black who is the Education and Youth Engagement Advisor for the Embassy. One of the most engaging topics was hearing about President Obama’s focus on the Pacific region.

In June, the first Canterbury Youth Awards were held. The US Embassy Youth Council sponsored the Te Tohu Tokomaha Award—an award designed for youth groups working together to benefit other young people in the community, and who are committed to positive youth development and youth participation.

The sponsoring of the Te Tohu Tokomaha award demonstrates a commitment to strengthening strong relationship the United States has developed with Canterbury in the aftermath of the earthquakes. Our country did not have the ability to respond to the needs of our city alone, so we are grateful of how supportive the US was. Right after the event,  the U.S. Agency for International Development Disaster Assistance Response Team, Los Angeles County Urban Search and team, doctors and engineers from the United States proactively served by taking up leadership roles and helped our region to make sense of the chaos (to name but a few of the roles).

In the wider goings on with US presence in the city, during June and July, we had the Stratospheric Observatory for Infrared Astronomy (SOFIA) here at the Christchurch US Antarctic Programme Facility. SOFIA is a Boeing 747SP Aircraft, which NASA and the German Aerospace Centre have added a telescope into. In flight, a side compartment can be opened and space can be looked at, via the telescope. New Zealand was chosen due to the weather conditions and how clearly the sky can be seen during this part of the year. Many Cantabrians have had the opportunity to tour through SOFIA while in Christchurch. As I write this, SOFIA has just left Christchurch heading back to its home in Southern California.

Lastly, on July 16, Dr Dava Newman, the Deputy Director of NASA was in Christchurch and spoke to the Youth Councillors, University of Canterbury Students and some members of the innovation sector in Christchurch. One of the topics of much interest to the team was around sustainability and the Mars Mission. Dr Newman had lots to share about her life and also the awesome work NASA is doing, but her key message was “to do well, don’t compare yourself to others, definitely take time to reflect how you do, but don’t let comparing block you from your potential.”

The US Embassy Youth Council is a fantastic way to learn more about our wider world and what the US is doing to try and help make it a better place. Watch for our hashtag to see more of what we get up to in the next few months: #usnzyouthcouncil.