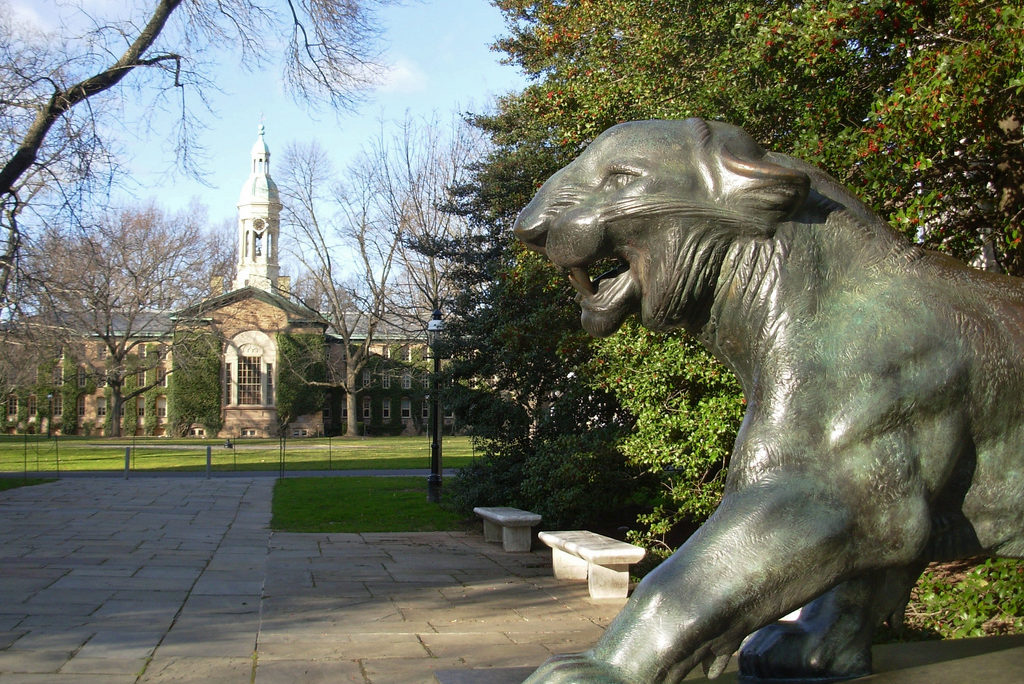 Christian Dimitrov is a Year 13 student at Auckland’s King’s College. He recently travelled to the U.S. to visit a number of universities before moving there to study, and wanted to share his experiences with other prospective students and families.

Brown University was the first university that I visited during my exciting U.S. tour. Talking to undergraduate students on campus, I discovered everyone who studies at Brown does so for a reason. Most importantly, students at Brown value creating their own curriculum based on their own interests and strengths.

The open curriculum distinguishes Brown from other universities that I visited. There is no core-curriculum, Brown students must instead complete at least 30 courses in four years, fulfill one concentration (major), and demonstrate excellent English writing skills before graduation.

The students were also extremely friendly. Whether you need someone to chat to, or help finding a classroom, someone is always there to help. Incredibly, if you’re studying in the library late at night, someone is even happy to keep you company on the way home.

The moment I stepped onto Harvard’s campus I was left speechless. Harvard’s traditional dining hall almost resembles Hogwarts, while the Engineering and Science buildings look like a polished sports car, completing the transition from traditional to modern times.

Harvard students have ample opportunities at their doorstep, thanks to the Liberal Arts undergraduate program. Students are exposed to new courses, people, sports, ideas, and are driven to step outside of their comfort zone. Most classes are traditional lectures, however small discussion-based classes meet several times a week to engage with the lectured material in a more responsive environment.

Although Harvard has more than 6,000 undergraduates, the House System builds smaller communities and gives students a strong sense of belonging during their time at College. The fact that 98% of Harvard students live on campus for all four years also contributes to the tight-knit community.

Columbia University is situated in the heart of New York City. From internships to theatres, guest professors to multicultural food and shops, everything is right on your doorstep.

Columbia offers the second highest number of foreign languages of any U.S. university and has one of the lowest student-faculty ratios in the world. This means the professors are able to hold office hours several times a week, students can ask questions about coursework, academic challenges, or even general questions.

I was told that people who don’t like to read books would not like the study environment as Columbia loves reading. I wouldn’t worry too much about that however, as long as you have an answer to the question: “Which books do you like to read?”, there is no need to fret. The Director of Admissions says “Higher education should be something that shakes you up!”

Before visiting Cornell University, I knew was that it is significantly larger than the other private universities in the region. However, I barely noticed the large student population due to the size of the campus and the resourcefulness of the university.

Although the distances between classrooms and dorms can be quite long, I really enjoyed walking around the Cornell campus. The campus in rural Ithaca (New York) is beautiful, you can hear the rushing of the waterfall throughout the campus and the quads are filled with sculptures by students and professors.

Cornell’s campus buildings are a blend between traditional and modern, the university is continuing to expand its facilities to provide its students and faculty with even more space and opportunities.

Johns Hopkins University is widely known as a top research university in the U.S. because it offers significant research funding for undergraduate students. The university is situated in Baltimore, but it doesn’t feel like a typical city campus.

Homewood campus is exclusively for undergrads and offers a wide range of opportunities. Undergraduates at John Hopkins can even do aerospace research at NASA!

The university has more than 400 student-led clubs and organizations, ranging from Amnesty International to Zinda Dancing. Johns Hopkins also hosts the third largest Model United Nations conference in the world. Whatever your passion, you can start a club or organization at Johns Hopkins just by gathering a few like-minded students together.

UPenn boasts a strong pre-professional environment as the university consists of four undergraduate and twelve graduate schools. However, undergraduates are not disadvantaged in any way, with 160 graduate classes available to them.

UPenn wants well-rounded students, requiring students to take classes in more than one of the four undergraduate schools. There are also some interdisciplinary majors, such as Digital Media Design, after which students are even recruited by Disney.

Internships are at the heart of the Penn education and alumni can continue to use the Career Services department after they graduate. UPenn also has a strong research focus. Curious, inquisitive and persistent people are sought-after.

Yale was a pioneer of the Liberal Arts education; students have to take a wide variety of classes in order to graduate. At the beginning of every semester, the first two weeks are called shopping weeks, students try out and “buy” themselves a place in courses they enjoy. At Yale, students don’t have to declare their major until the end of their second year, so they have time to find what they are most passionate about.

Yale students conduct information sessions and campus tours by themselves. The Bass Library is a popular student study space beneath one the main quads, and would be my favorite spot if I were a student at Yale.  I was also told of two brand new residential colleges are opening for undergraduate students soon, increasing the number of incoming students by 800.

I also visited some classes, including a Biomedical Engineering lecture. I would hardly consider this a normal lecture – the professor knew every single student’s name and interacted with them throughout the class.

Princeton University is located in the small town of Princeton, between New York and Philadelphia. The location between two major cities provides endless internship opportunities.

Princeton is proud of being a small university with the resources of a large research institution.  The student-faculty ratio is 5:1, and 70 percent of classes have less than 20 students.

Princeton upperclassmen are constantly talking about eating clubs, private institutions resembling both dining halls and social houses, which are an important aspect of campus social life and are operated by alumni. The Eating Clubs demonstrate the life-long connections between Princeton and its former students.

When I talked to Princeton undergrads, they appreciated the wide range of study abroad opportunities that Princeton offers, as well as the Bridge-Year Programs, where students work with people in developing communities in countries like Senegal and Brazil. Undergrads can also participate in internships abroad with financial assistance from the university.

MIT is not just a school for engineers. Past students have created companies that include the Khan Academy, and have together created millions of jobs¬¬ and generated nearly $2 trillion in annual revenue – a figure greater than the GDP of the 10th largest economy in the world.
Interns from MIT are frequently sought after, and seniors have well-known companies like Google and Yahoo calling when looking for jobs after graduation.

MIT has a special four-week term in January called the Independent Activities Period (IAP). During this time students are encouraged to set their own educational agendas, pursue independent projects and explore other activities not possible during the normal semester. Additionally, Harvard is a short distance from MIT and undergraduates are able to enroll in a selection of Harvard classes.

I was lucky to meet some current MIT students and visit their dorms. Some students have reconstructed their dorm rooms, and one group even built a roller coaster!

After visiting 10 different American universities in an intense month of traveling, I arrived at my last stop, Duke University. It is hard to miss the basketball culture spread through the campus.

My favorite aspect was the campus itself. Located in a small town called Durham, the campus spans more than 8000 acres, and 80% is left as green space. Wi-Fi across the entire campus allows students to study anywhere, and many students take advantage of the park-like grounds.

People at Duke are very friendly, and undergraduates get up to $100 each semester to take their professors out for lunch to simply get to know the faculty better.