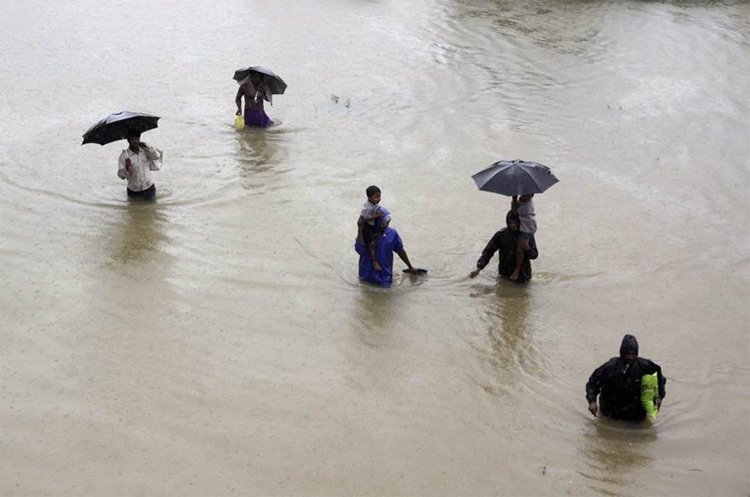 On October 20, Ambassador Mark Gilbert  addressed business leaders at the Australia-New Zealand Climate Change and Business Conference in Auckland. He spoke about one of our key foreign policy priorities – mitigating climate change and working together to #ActOnClimate. Recently Secretary of State John Kerry addressed world leaders at the Our Ocean Conference in Chile, and numerous tangible outcomes were announced. President Obama talked action on climate change in-depth with Rolling Stone magazine, in a recent interview. As the President has said repeatedly, the time is now. As we gear up for COP21 ( shorthand for 21st Conference of Parties to the United Nations Framework Convention on Climate Change – UNFCCC), this is a timely discussion to be having.

Today – I’d like to talk to you about what the United States under President Obama is doing at home and around the world to address climate change – the challenge that defines our generation; how we are partnering with New Zealand in this critical fight; and the crucial Paris climate change talks in December.

As the President said in August – “no challenge poses a greater threat to our future than climate change.”

And the science is clear:  human activities are changing the climate in dangerous ways.

Levels of carbon dioxide are higher than they’ve been in 800,000 years.  In the past 15 years we have had 14 of the hottest years on record.  Last year was the hottest of all.

The devastation of Vanuatu by Cyclone Pam was just one example of increasing cyclone severity.  Flooding caused by huge spring tides in Micronesia this year was blamed on climate change.

Other Pacific countries are struggling with the worst drought in decades as this year’s El Niño weather pattern takes hold.  Our own California is dying of thirst. The magnitude and scope of climate change means – that if we don’t get it right now – we may not be able to reverse it later – no matter how innovative the solutions are.

America has been working hard to reduce waste – to use more clean energy throughout our economy – and to change the way we build things and use them.

It is no longer business as usual.  New ways of thinking and innovative technologies are pushing the envelope in developing energy efficient economies – and working towards a low or no carbon future can be good for business as well.

For example – the University of Florida is researching how to reduce methane gases produced by farm animals – by treating the grass that they eat.

(Mayor Brown told you earlier how Auckland is changing to LED lights – 30,000 have been installed).

Los Angeles now has 140,000 LED public lights – which decreased energy consumption by 63 percent – and reduced carbon emissions by over 47,000 tons a year.

Right now – our power plants are the source of about a third of America’s carbon emissions – more than our cars – airplanes – and homes combined.

There had never been federal limits on the amount of carbon that power plants can pump into the air – that is, until the President directed our Environmental Protection Agency to work with states – cities – and power companies – to set the first-ever nationwide standards to end the limitless dumping of CO2 from existing power plants.

And the President has set even tougher new standards for any plants built in the future.

By 2030 – carbon emissions from our power plants are projected to be 32 percent lower than a decade ago – meaning 870 million fewer tons of carbon dioxide pollution in our atmosphere.  That is like cutting all emissions from 108 million American homes.  It’s the equivalent of taking 166 million cars off the road.  That’s the most significant step ever taken by a president to combat climate change domestically.

White House policies and regulations on clean energy have sparked innovation and entrepreneurship across the U.S. in areas such as solar – geothermal – wind and recycling.  Investing in green technology is good for the planet ….. AND – it’s good for the economy.

In 2012 – the Obama Administration finalized groundbreaking standards – to increase fuel economy – and to reduce oil consumption and greenhouse gas emissions.  Not only is this program protecting the environment – but these changes have spurred even further innovation and economic growth.  The result ….. Cleaner – more efficient vehicles – which reduce pollution and save consumers money.

U.S. companies are also making advances in electric vehicles.  As of this month – Tesla motors has sold more than 90,000 electric cars – and the company is valued at more than $28 billion.

We have also doubled our investment in renewable energy.  As a result – we are generating three times as much wind power – and 20 times as much solar power – than we did when President Obama took office.

With civil society and grass roots demanding more be done – city and state governments are enacting tough measures of their own to fight climate change.  35 states have renewable energy targets in place.   And more than 25 states have energy efficiency targets.   California has a thriving cap and trade carbon market.  Nonetheless, last month California legislators received two letters signed by dozens of corporations in support of two bills that would require the state to reduce its carbon emissions and petroleum use even further.

Those firms said that tackling climate change is one of the greatest economic opportunities of the 21st century.  Atlanta, Georgia is well on its way to reducing emissions 20 percent by 2020 – and 40 percent by 2030 – though a mix of programs that boost energy efficiency in residential and commercial buildings – promote a switch to clean energy – and facilitate the use of plug-in electric vehicles.  (It leads the country with 10,000 PEVs.)  And how about Texas, which now gets 29 percent of its electricity from wind power?

In sum, these policies and investments across the United States over the last decade have cut our total carbon emissions more than any other nation – even as the U.S. economy has continued to grow.

That’s good news.  However – if we want to protect our economies – our security and our children’s health – we all need to do more.

The upcoming UN climate change talks in Paris this December will be the next big opportunity for the world to come together and set us on the right path forward.  Securing a comprehensive climate agreement in Paris is a top priority for President Obama.

This historic step would establish, for the first time – an ambitious – durable climate regime: that applies to all countries – that is fair – that focuses both on reducing greenhouse gas emissions and building resilience – that  includes strong accountability measures – and that ensures ongoing financial and technical assistance to those in need.

On March 31, the United States announced our contribution – our “INDC” (intended nationally determined contribution) – for the Paris negotiations.  We set ourselves the ambitious target of reducing our greenhouse gas emissions 26-28 percent below 2005 levels by 2025.

In August – President Obama announced America’s Clean Power Plan – a project two years in the making – and the single most important step America has ever taken in the fight against global climate change.

We are working with other large emitters ahead of Paris.  Last November – President Obama and President Xi Jinping of China made an historic Joint Announcement of our intended targets – with China agreeing for the first time to limit CO2 emissions – and to seek an ambitious target of 20 percent clean energy in its energy mix by 2030.  President Xi’s recent State Visit to Washington was marked by another major milestone – the release of a U.S.-China Joint Presidential Statement on Climate Change reaffirming our two countries’ determination to achieve the goals set last year. And both Presidents committed to working together to deliver a successful agreement in Paris.

New Zealand understands the importance of this global fight against climate change.  And we have welcomed New Zealand’s cooperation as we both work with partners around the world to make Paris a success.

Connected by the Pacific Ocean – Kiwis and Americans share a belief that our mutual prosperity is linked to international trade.  In fact – two-way trade between New Zealand and the United States reached NZ$15 billion last year.

And if I mention trade – how can I not highlight the TPP?

Negotiations have now successfully concluded on the historic Trans-Pacific Partnership.

It offers a tremendous opportunity to enshrine the values that are important to all of us – while promoting free and fair trade that will increase jobs and economic opportunity – by opening markets and reducing barriers.  It also includes the strongest commitments on protecting the environment of any trade agreement in history.

The TPP will promote sustainable management of marine resources and help to end overfishing … protect endangered species and combat illegal wildlife trafficking and logging … and it will facilitate trade in innovative environmental goods and services – such as solar panels and wind turbines.

There are few places that understand the danger of climate change as well as New Zealand – the gateway both to the Pacific Islands facing threats to their existence – and to Antarctica – where warming ice could greatly increase the rise in global sea levels.

In Antarctica – together we are studying the impacts of climate change – and taking practical steps to reduce emissions.  We worked together to create the world’s Southern-most wind farm four years ago.  The three turbines on Ross Island have cut diesel use at McMurdo Station and Scott Base by 120,000 gallons a year.  And eliminated the need to use more fuel to ship that diesel in – and to take the waste out.

Our scientists worked together in December 2013’s Ocean Acidification workshop in Nelson.  Sponsored by our two governments – in partnership with the aquaculture industry and researchers – it brought together experts who are collaborating to protect the future of the combined $700 million dollar U.S.-New Zealand aquaculture industries.

Closer to home – the United States and New Zealand work together in the Pacific on programs to help vulnerable island states fight climate change – and adapt to the challenges it already poses.

U.S. climate assistance already reaches more than 120 nations, and our $3 billion pledge to the Green Climate Fund is our latest commitment to help the poorest and most vulnerable countries tackle climate change.

At the September Pacific Island Forum in Papua New Guinea, the United States pledged to work closely with our Pacific Partners to make Paris a major milestone in our progress against climate change.

The U.S. committed over $350 million to the fourteen Pacific Island nations – with a focus on sustainable development that will help build resilient and environmentally friendly economies.

This is in addition to over $60 million we have provided in bilateral assistance to address resilience challenges across the Pacific.

Fighting climate change won’t be easy.  No single country and no single act will change our course.

Countries representing 70 percent of the world’s carbon pollution have announced plans to cut emissions, and in December in Paris, we have a chance to enact one of the most ambitious international climate agreements in history.  We have to.  As President Obama said, “We cannot condemn our children, and their children, to a future that is beyond their capacity to repair.”

We need to innovate our way to a smarter – greener – and more sustainable future.  Through education – collaboration – hard work and dedication – this is the generation who can make the difference to get the job done.