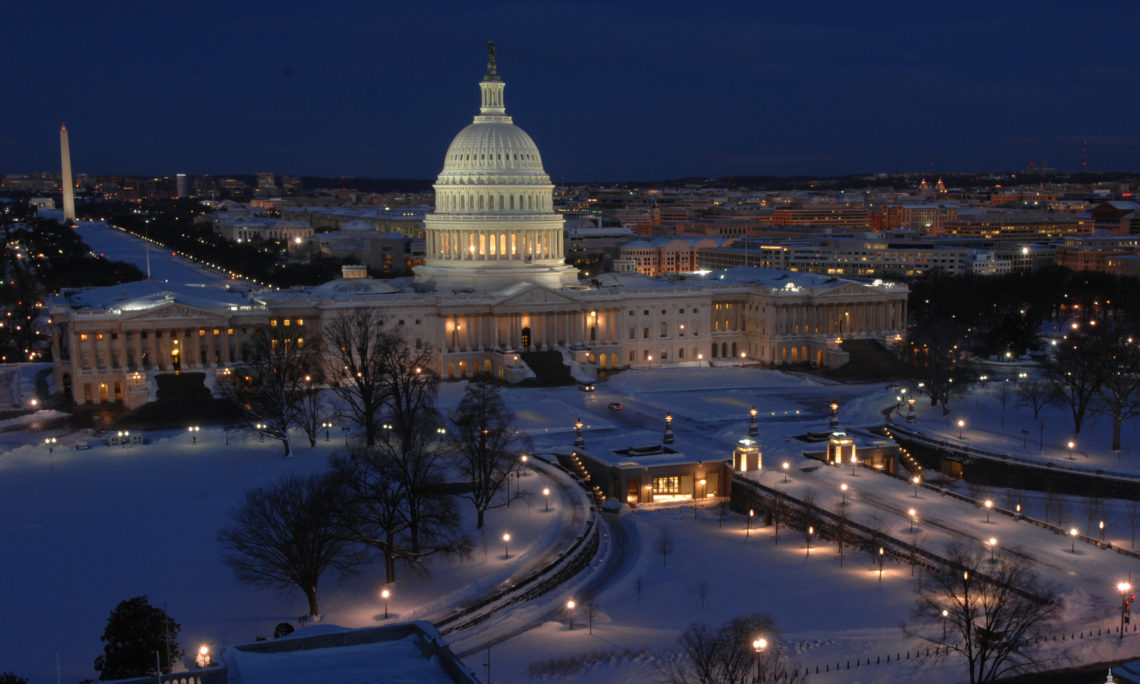 Dr Jason Young, a Political Science and International Relations academic, and Director of the New Zealand Contemporary China Research Centre, recently returned from a three-week International Visitor Leadership Program in the United States, titled, “U.S. Foreign Policy in East Asia and the Pacific”. The project focused on U.S. foreign policy objectives and strategies in the East Asian and the Pacific region, and explored  the roles and responsibilities of the executive, judicial, and legislative branches as well as the roles of states in foreign policy matters.

On his return, Dr Young penned an insightful and thought-provoking letter:

To: The Embassy of the United States of America in New Zealand,

It was an honor and a privilege to be selected for and to participate in the International Visitor Leadership Program hosted by the U.S. State Department in October/November 2018.

As a Political Science and International Relations academic, and Director of the New Zealand Contemporary China Research Centre, the opportunity to speak with practitioners in the State Department and other areas of the U.S. Government, such as the United States Trade Representative and the U.S. Mission to the UN, as well as leading scholars at Universities and prominent think tanks, was very fruitful. The opportunity to share views with these groups was highly appreciated. Discussion of the latest policies, rationalization of U.S. measures, such as the outcomes of Section 301 action, helped spur my own thinking on New Zealand’s place in the region.

Program highlights for me included quick-paced Government meetings in Washington D.C., and academic facing meetings in Honolulu and D.C. Having the opportunity to travel to four of the world’s most famous intellectual and cultural centres, Washington, D.C., New York, Los Angeles and Honolulu, demonstrated the diversity of the U.S. as well as the strength of a democracy built upon the complexities of the federal system. As someone from a small-town in New Zealand, the scale and vitality of these cities illustrated in very real terms a strong and proud United States of America. As they say, ‘seeing is believing’.

In terms of the content of the program, it was pleasing to be presented with a diverse range of views and to have reassurances about U.S. commitments to the region and ongoing support for an open rules-based order, democracy and regional prosperity. Those that generously shared their time and experience with us did not shy away from the hard questions we posed about U.S. foreign policy in the region or the regional concerns we expressed, nor did they hide from the challenges we all currently face. It is reassuring to have such open discussions and to share our concerns and thoughts on how we can work together to promote regional prosperity and security in a rapidly evolving region.

On a more personal note, visiting the cities where so many of the intellectual and cultural icons that have shaped me, perhaps more than I had realized, was a uniquely fulfilling experience. Seeing the monuments and sites, from the Lincoln Memorial to the statue of Rosa Parks, the Statue of Liberty and the Empire State Building, or just visiting one of the greatest second hand bookstores in New York, reminded me that such contributions are truly global in nature. Visiting Pearl Harbor turned my thoughts to my Grandfather who proudly served in the Pacific, likely with the U.S. command and our shared experience of the Pacific War. Listening to speakers from the U.S. Indo-Pacific Command who highlighted current regional hotspots and the complex problems we face turned my thoughts to our joint commitment to peace and stability in the region.

I would therefore like to personally thank the U.S. Department of State for their arrangements, the U.S. Embassy in New Zealand for the nomination and support for my application and of course the American people for their ongoing support for this long-standing program and their hospitality toward international visitors. The generosity shown throughout the program, the arrangements made to make us feel so welcome and the access to key Departments and thinkers on U.S. foreign policy toward East Asia was intellectually stimulating, culturally fulfilling and personally enjoyable.

The opportunity to spend three weeks in-country meeting with government and academic speakers, as well as enjoying the diverse culture and arts of the U.S. will remain a warm and stimulating experience for me. The insights I garnered will be incredibly useful for my own research and contribution to the national conversation on China in New Zealand with government, the business sector and the broader public.

On a logistics note, our liaison for the three weeks, Brion Johnson, acted as an efficient, cordial and well-organized shepherd for the group. He was responsive to our needs and interests and made sure we made every meeting and event as planned. I highly commend his stewardship of the group and the professionalism and integrity he brings to the role. Likewise, the other participants on the program were all of high calibre making for a vibrant set of discussions, if not an entirely shared interpretation of what we were hearing and experiencing. This in itself presented a lesson for us all.

In summation, it is with sincerity and humility that I express my gratitude for what has been given. It is with hope and affection that I look to the future of our shared commitment to the region.