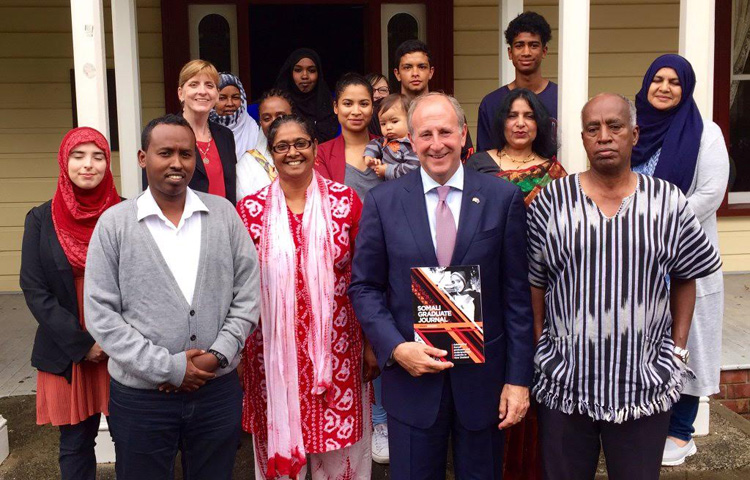 Ambassador Gilbert and Consul General Higgins meet with migrants and resettled refugees in Auckland yesterday to learn about their adjustment to life as “Kiwis.” Photo credit: U.S. Department of State.

Ambassador Gilbert and Consul General Higgins met with migrants and resettled refugees in Auckland yesterday to learn about their adjustment to life as “Kiwis.”  Participants were complimentary of support from the Ministry of Social Development and Umma Trust, which run programs to help refugees to settle in Aotearoa.  Participants said overall they were very grateful for the opportunity to live in a diverse and tolerant society free from persecution they faced in their country of origin.

The United States also has a proud tradition of welcoming refugees and migrants from across the globe.  The United States is a land of migrants, many of whom came to the U.S. seeking economic opportunity and freedom from persecution.  It is our belief that our refugee resettlement is a continuation of this founding principle.  Each year, the United States welcomes more than 75,000 refugees, and since 1975 the we have welcomed more than three million refugees.