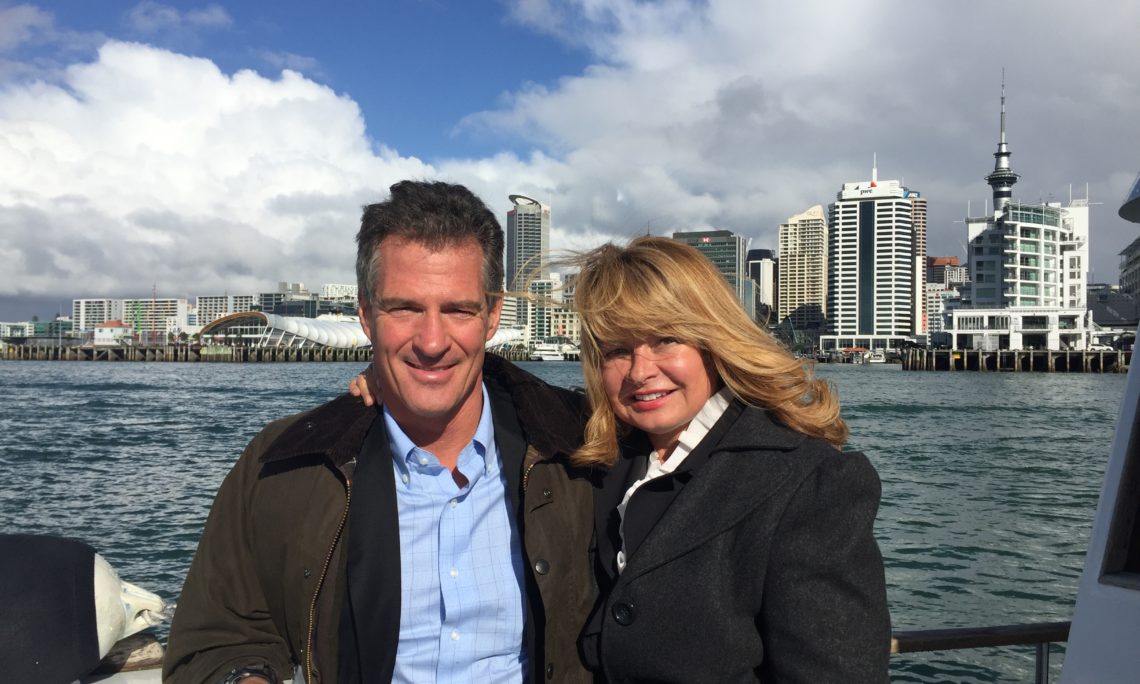 Marking his second trip to Tamaki-makau-rau, on the 12th July 2017, Ambassador Scott Brown and his wife Mrs. Gail Brown flew to Auckland to celebrate the 241st Independence Day of the United States – arriving to chilly weather but a warm reception in New Zealand’s economic and population hub.

The evening’s July 4 festivities saw 300 guests gather to celebrate the 241st United States Independence Day. After a warm welcome by Mrs. Brown, the Ambassador gave his first remarks to an Auckland audience, detailing his experiences and insights from his first two weeks in New Zealand, from biking in the wind and mud to watching the All Blacks in person for the first time. During his address, Ambassador Brown reiterated the importance of the bilateral relationship, noting outstanding examples of Kiwi and American compatriotism throughout history, “from the trenches of Europe, to the islands of the Pacific”, forming an irreplaceable relationship between both nations.

Remarks on behalf of the New Zealand Government were delivered by New Zealand diplomat Simon Tucker – who not only recognized the important ties between the U.S. and New Zealand, but provided a gentle reminder of the Americas Cup’s new home for the next four years.

The next day the Ambassador was up bright and early to climb Maungawhau (Mt. Eden) with guides from Ngati Whatua Orakei, exploring the site of Auckland’s largest fortified Maori pa and learning about the cultural history of the Ngati Whatua tribes in the region.

After his early morning tour, Ambassador Brown met with the NZUS Council, discussing coordinated efforts to further strengthen economic ties. Further supporting his goal of increasing trade between New Zealand and the United States, Ambassador Brown spoke over lunch to an audience of American Chamber of Commerce business leaders about his efforts to strengthen ties, develop stronger commercial relationships, and create opportunities for U.S. and Kiwi innovators and entrepreneurs.

Despite an extraordinarily busy trip, Ambassador Brown made time to host a meeting at the U.S. Consulate General with the U.S. Embassy Youth Council, gathering young leaders to discuss issues they raised – from youth employment, innovation and education, to trade and security.

To close off an eventful three days, Ambassador Scott Brown indulged his love of sport, meeting with Baseball New Zealand CEO Ryan Flynn, helping spread the love of America’s greatest game in Aotearoa, even bringing his A game with his Boston Red Sox tie!