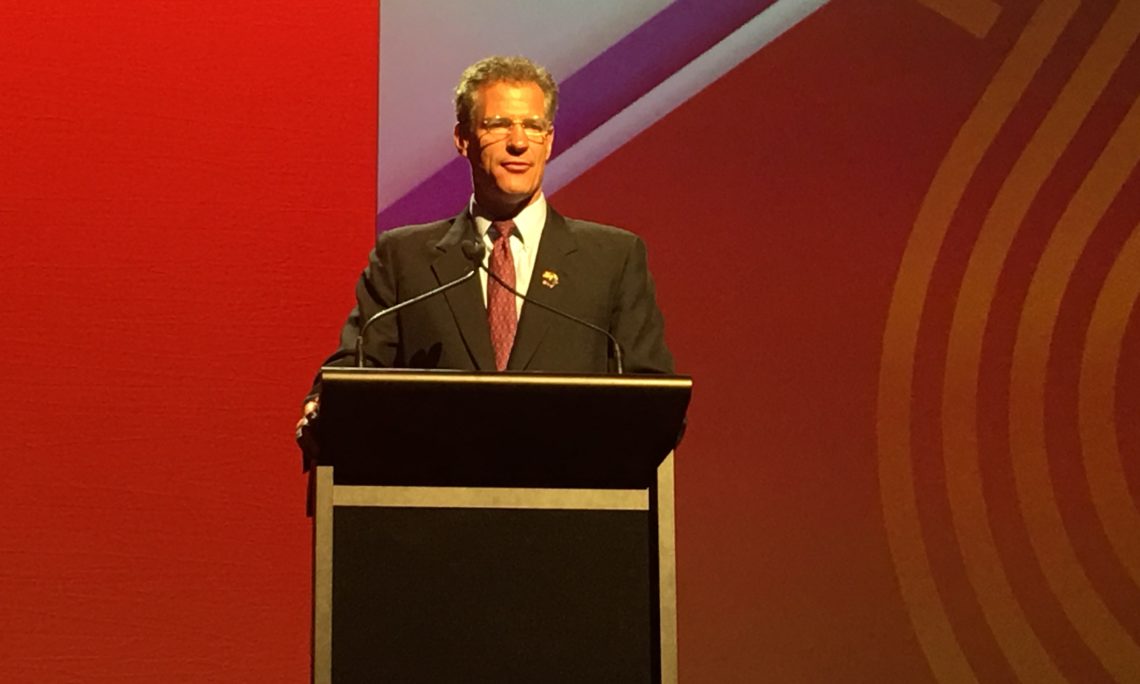 On October 27 at Infrastructure New Zealand’s ‘Building Nations Symposium’ annual conference, Ambassador Scott Brown delivered remarks to an audience of over 300 senior executives and leaders of the infrastructure development sector.

In his remarks the Ambassador noted the shared challenges faced by both countries in designing and implementing infrastructure that is both resilient to natural shocks and built to meet the needs of future generations.  He commended Infrastructure New Zealand for its work in acting as a collective voice for the industry and engaging with the government, as well as international partners; he noted that the United States has deep pools of expertise and knowledge to share with New Zealand firms.

The Ambassador also took the opportunity to meet with senior government and industry leaders participating in the delegation, and remarked that he looks forward to speaking with them again on their return.