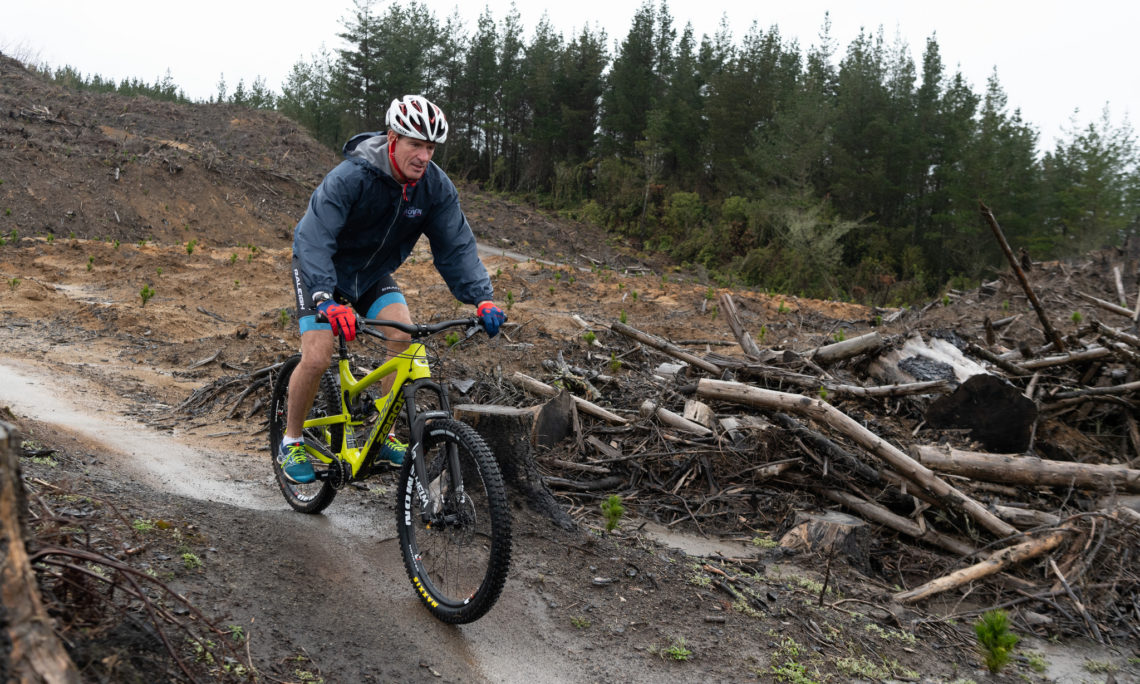 Ambassador Brown had a successful day in Rotorua: where he reached out to local iwi Te Arawa, visited a company with significant trade with the United States, was the keynote speaker at a business lunch hosted by local MP Hon Todd McClay, and enjoyed a ride down the Redwood Forest on a NZ-designed U.S.-produced high tech mountain bike.

In a courtesy call on Sir Toby Curtis, Chair of the Te Arawa Lakes Trust – along with the iwi’s senior governors and managers – Ambassador Brown learned of the tribe’s aspirations and economic development objectives. He was especially honored to be hosted in the tribe’s beautiful historic carved whare, and to extend an offer of support should the tribe want to invest in and more closely engage with the United States.

A visit to Kilwell Fibretube proved to be a fascinating opportunity to see some innovative production techniques first hand. As well as swinging a carbon fiber lightsaber, which was produced as a stunt prop for use in the new Star Wars films, the Ambassador was given a briefing on the firm’s imports of American-made sporting supplies, such as Winchester shotgun cartridges. A highlight was seeing the 3-D printing of a new 12-meter tall sculpture which will be a centerpiece in the city.

Ambassador Brown then addressed a business luncheon of 30 of Rotorua’s top businesspeople, hosted by the local MP for Rotorua – Hon Todd McClay. The Ambassador covered the key developments in the U.S.-New Zealand relationship such as the passage of the KIWI Act, which grants New Zealanders access to E1 and E2 entrepreneurship and investor visas. He also highlighted the opportunities offered by SelectUSA for companies wanting to showcase their products and services or do business in a flourishing United States market.

In his final fixture in Rotorua, Ambassador Brown braved the freezing rain took to the scenic slopes of the Whakarewarewa Redwood Forest, taking on the “Split Enz” mountain bike track. Hosted by Jamie and his fantastic team from NZ Mountain Biking Ltd, the Ambassador tested out a bike produced by Zerode. Built to a Kiwi design for the highly testing local conditions, the bike uses state-of-the-art U.S. components in the shocks and gearing to provide a safe and stable ride. The Zerode bikes are another great example of Kiwi and American co-operation, and a real win-win for both countries. Ambassador Brown was very grateful to have a bike which was so well suited to the rugged but spectacular terrain!