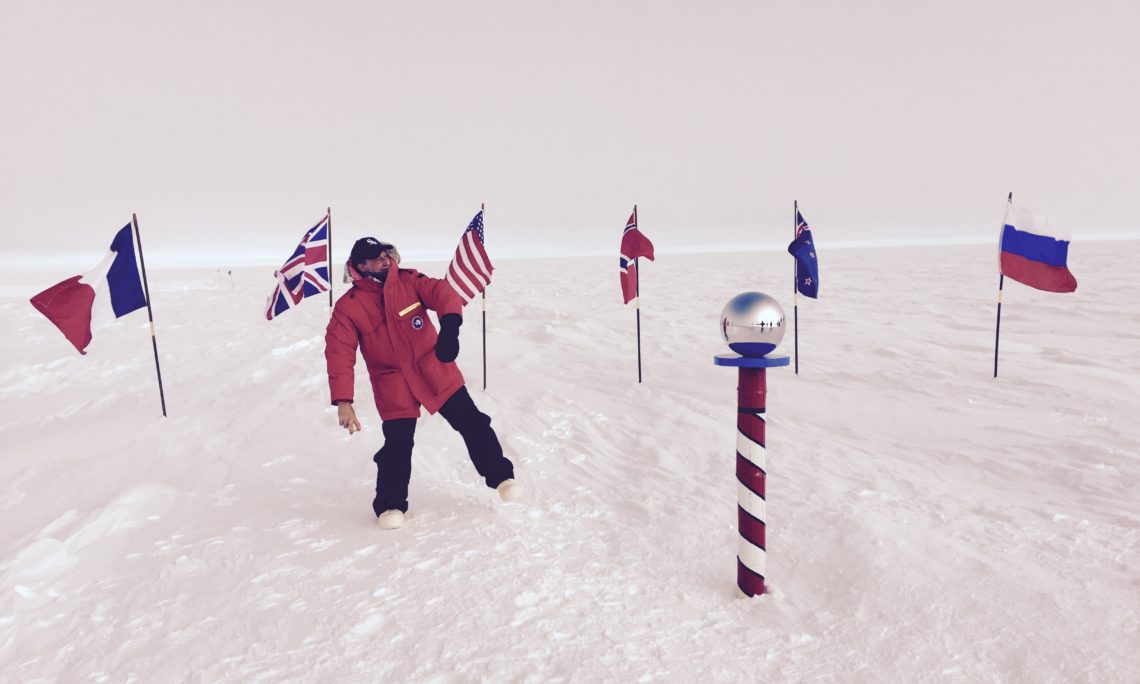 As the New Year dawns, I’ve been reflecting on the past twelve months and looking ahead to continuing to deepen our vital friendship with New Zealand and Samoa.  2015 was an amazing year, and I am so grateful I was able to meet with and be inspired by so many New Zealanders and Samoans far and wide.  One highlight, and a real honor I will never forget, was the opportunity to visit Antarctica in November and see all the great science the U.S. Antarctic Program is doing there under the management of the National Science Foundation.

In this unforgiving environment, scientists, engineers, and hardy support staff are working to understand Antarctica’s unique ecosystems, conducting research that can only be done in Antarctica, and seeking to understand the region’s effects on, and responses to, global processes such as climate.  Some live in tents in the majestic McMurdo Dry Valleys or near penguin rookeries buffeted by winds that can reach 180 mph; I was reminded of Wellington as errant gusts tried to knock us off our feet or prevent landing the planes and helicopters that supply our far-flung science stations.

At Amundsen-Scott South Pole Station, at the very point where it is possible to circumnavigate the world by walking around a spike that marks the very tip of the Earth at 90 degrees south, we are studying the world’s cleanest air, elusive neutrinos, and seeking information from the edge of galaxy.  It was light 24 hours a day when I was there, but come April it will be dark 24 hours a day.

Our work in Antarctica is clearly a labor of love, and I am pleased to say the United States and New Zealand have worked together in Antarctica for more than 50 years.  We share common values in Antarctica and the proximity of the U.S. Antarctic Program’s McMurdo Station and New Zealand’s Scott Base allows us to engage in quid pro quo swapping of services and transit to and on the ice.  I saw the strength of this creative cooperation in action and was particularly impressed by the wind farm – the world’s southernmost – that we established together five years ago.  The three turbines were supplying 18 percent of all the power to McMurdo Station when I was there, and the wind farm has cut diesel use at McMurdo Station and Scott Base by 120,000 gallons a year.

U.S.-New Zealand Antarctic cooperation does not stop at the edge of the ice.  In Christchurch, U.S. Antarctic support services have provided an estimated US$130 million a year in benefits to the region while supporting 160 firms and 1,200 jobs.  New Zealand and the United States are also sponsoring a proposal to create a Marine Protected Area in Antarctica’s Ross Sea, and the U.S. Coast Guard and the New Zealand Rescue Coordination Centre work closely to aid those in need in the Antarctic, such as when the Coast Guard icebreaker Polar Star responded to the RCC’s call to rescue an Australian fishing vessel 900 miles north of McMurdo Sound in Antarctica in February 2015.

New Zealand-U.S. ties are only getting stronger.  Another highlight of 2015 was the privilege of participating in the inaugural Air New Zealand flight to Houston – where I had the chance to visit NASA, also working in Antarctica, and meet with the legendary Apollo 13 astronaut Fred Haise and Adam Steltzner, the engineer who helped land the NASA rover Curiosity on Mars.  In meetings with local officials and business and community leaders, I also discussed trade, tourism, transportation and the mutual benefits of the Trans Pacific Partnership.  Just as our scientific cooperation has opened new frontiers, this new air link will open more doors in the future.  2016 is already shaping up to be a year of great promise and opportunity for New Zealand, Samoa, and the United States.