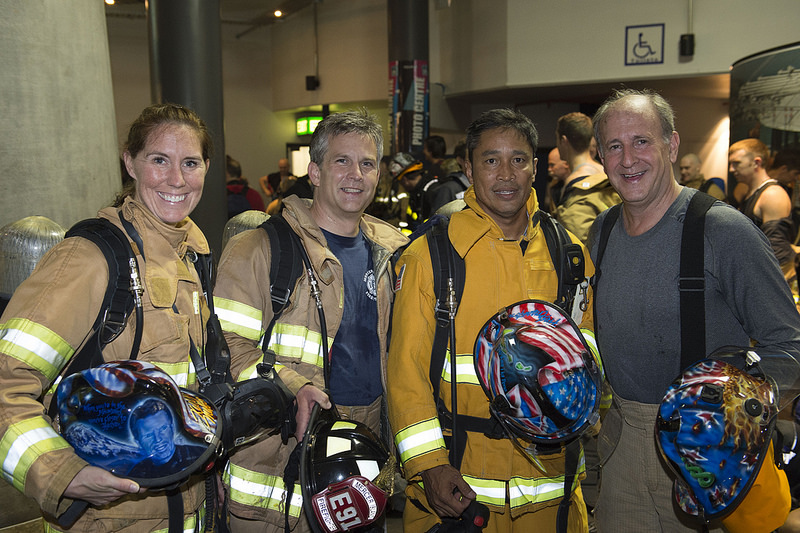 With the U.S. Squad. Photo credit: U.S. Department of State.

Ambassador and Mrs Gilbert  in Auckland, May 2016

On the evening of Friday, May 27 Ambassador and Mrs. Gilbert hosted a dinner at the Consul General’s residence with alumni from the field of education.  They discussed education issues in New Zealand and the United States. The guest list numbered eight alumni of U.S. Government exchange programs, including prestigious exchanges, such as Fulbrighters and Eisenhower Fellows, all of whom work as academics or educational administrators.

Two guests, 2014 and 2015 Study of the United States Institutes (SUSI) alumni Graeme Ball and Andrea Bossenger took the opportunity just before dinner to meet with outgoing SUSI nominees Lisa Mave from Auckland, Sarah Spicer from Dunedin, and Tony Franklin-Ross from Napier, all of whom were in Auckland prior to departure on their own programs.

Early the next morning, Saturday, Ambassador Gilbert joined a squad which included Kiwi celebrities, media personalities, and business leaders to climb the 1100+ steps of the Auckland Sky Tower alongside approximately 850 firefighters from New Zealand, the United States, and Australia.

The Firefighter Sky Tower Stair Challenge is one of Leukaemia & Blood Cancer New Zealand’s most important events.  The Ambassador made a special effort to join them as a participant and a stair climber.  Later that evening, an Awards Dinner was held at the Sky City Convention Center to thank sponsors.

There was also an early start on Sunday morning, with Ambassador Gilbert arriving at the TVNZ studio for an interview on the country’s premier political television talk sh ow, Q+A.

He fielded questions from TVNZ’s Political Editor, Corin Dann, on subjects as diverse as the U.S. Presidential election, the Trans Pacific Partnership, and a possible U.S. Navy ship visit to New Zealand.

They laid a wreath and accepted a United States flag folded by U.S. veterans on behalf of the Embassy.   Consul General Melanie Higgins emceed the ceremony.

Attendance at the event numbered around 100 veterans and their families, local dignitaries such as Mayor Brown and several MPs, as well as representatives of the New Zealand Defence Force, and members of the public. A solemn, but uplifting service, it was a fitting way to end a busy weekend schedule in Auckland.