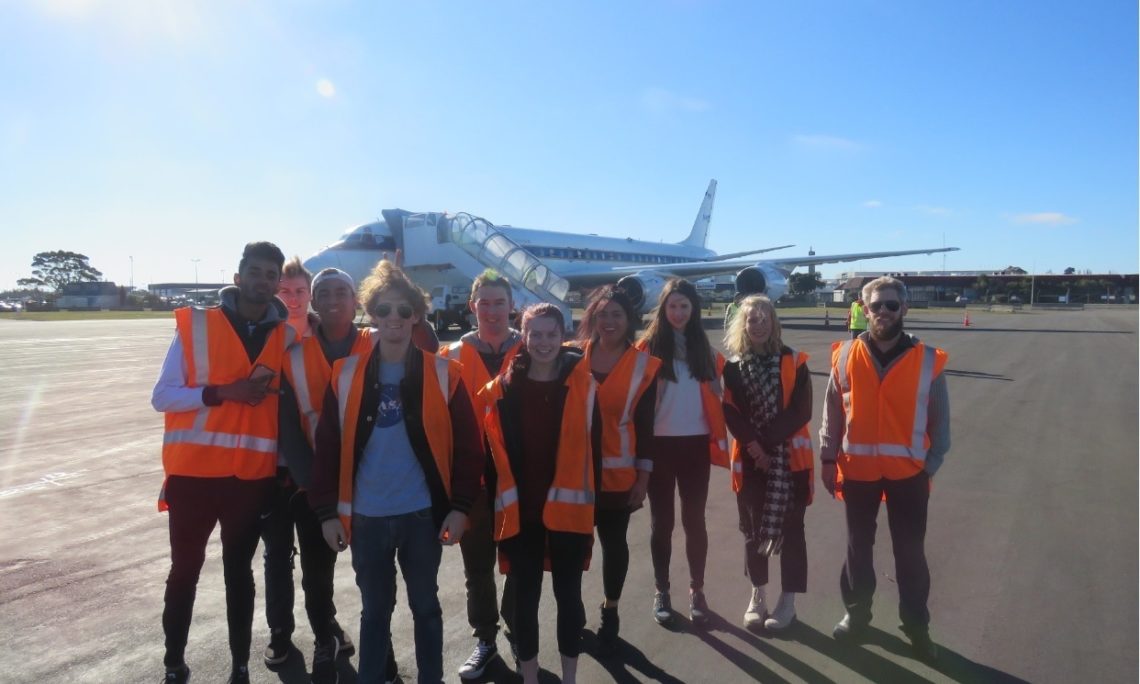 Everyone’s heard of the US Space Agency NASA’s space missions and the exciting push for Mars, but lesser known about is the exploration and research they do inside earth’s atmosphere.

Members of the US Embassy Youth Council and University of Canterbury students got to meet some US Scientists during their stop over at Christchurch, New Zealand on their heroic trip to combat human pollution in our air. The 41 Scientists on NASA’s Atmospheric Tomography (ATom) Mission have 21 priceless instruments with them on their customized DC-8 aircraft. Unlike most flights, these scientists are not waiting to get to their next destination to do their work, they work while the plane is in the air.

During the trip, the plane fly’s in a wave formation, up and down, dropping from 500ft to 30ft then increasing back up again. This helps them build a picture of what the air is made up of. Tetrafluoroethane (HFC-134a) is a gas that is being measured on this mission. HCFC’s have been used in the past in refrigeration and air-conditioning as well as cleaning and other sprays. They are testing how much of this gas is being trapped in the atmosphere as it is a greenhouse gas; these are gases in the atmosphere which help the earth retain the heat from sun. However, when there is an excess of these gases, heat cannot escape and some of this is reflected back at the earth. The worst result of this would be that the temperature of the planet is less able to stay constant, and results in detrimental climate change affects. It is this kind of information which to some may seem airy fairy, which leaves a legacy, an opportunity of better global policy making as we begin to understand more.

One of the exciting machines on board is right out of the Big Bang Theory, it explodes particles! In breaking the particles up, scientists are able to determine what has made up that tiny speck and where it has come from. This is useful to show the movement of particles and air flow. While in the air, the scientists collaborate with others from other countries. The New Zealand supporters of the trip are based at Central Otago’s Lauder Atmospheric Research Laboratory. This partnership allows ATom to also run similar tests that they are doing in the air on the ground as well. Each of the instruments on the trip have been loaned by the various owners from across the United States, on the return each of them will intrigued by the information and will follow intently. Probably the best part of NASA’s role as the leader in this is it means that after a short time all of the information and raw data will be publicly accessible, so it can continue to impact decision making for years to come.

One of the mission pilots had this advice for young kiwis about living their dreams: “There is always going to be obstacles that you face… figure out what opportunities you do have and start there.”

Dr. Paul Newman—Chief Scientist for Atmospheres NASA—also met with us. He said “these missions are a fun way to bond, learn a lot from the others on board, and together do work that no one has ever done before.”

For the group of us that got to tour the ATom DC-8 and meet the crew, this was certainly what we experienced, a team of exceptionally hard working global citizens who want to push into the unknown to help make things better for our whole globe. The desire for all of the team to serve in the area that they are passionate in reminds us that if we can collaborate with others, and find our sweet spot, we too can do cool things that make a difference.

Fa’afetai tele lava to Aime Black from the US Embassy for coordinating the meetup and tour, and to the NASA ATom team particularly Quincy Allison, Dr Paul Newman.