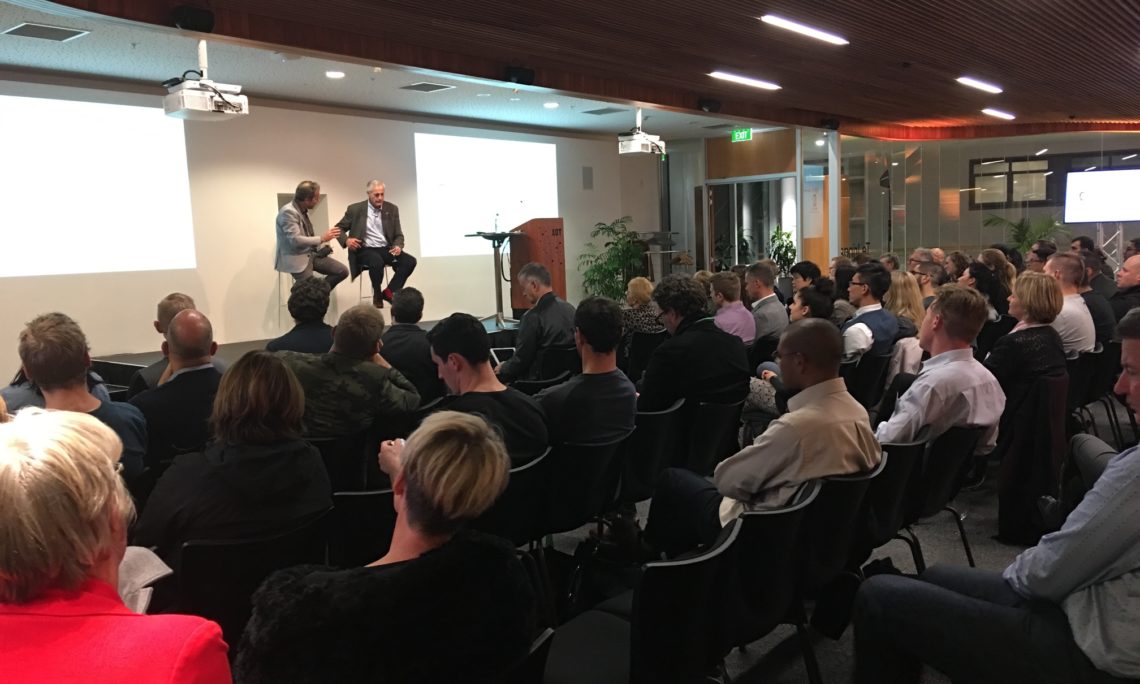 Bill Reichert is an entrepreneur, venture capitalist, mentor, author, and among other things; an influential speaker. Bill has more than 20 years of entrepreneurial experience and is passionately focused on early-stage I.T companies, contributing his valuable insights and extensive networks to guide companies towards success.  He sits on a number of boards both as a director and member, helped co-found a number of disruptive game changing technology start-ups, and is currently the managing director of Garage Technology Venture which specialise in seed and start-up venture capital.

Bill has a B.A. from Harvard College and an M.B.A. from Stanford University. He was a founding board member and a Chairman of the Churchill Club, and a Board Member of the Silicon Valley Association of Start-up Entrepreneurs. It’s safe to say Bill is an inspiration to aspiring entrepreneurs all around the world, having earnt himself a reputation as an innovator, thought-leader and serial entrepreneur. Sources: Garage Technology, Bill Reichert.

Bill was the keynote speaker at the recent Project event hosted by the Auckland University of Technology. The U.S. Embassy is a Founding Partner of the Project conference series.

The evening began as the networking space packed out. Everybody was eager to listen to Bill share his valuable knowledge and insight into Silicon Valley, the largest international hub for innovation and venture capital. The atmosphere was relaxed but exciting, we were all waiting for Bill to start. He comes on stage and shares his story, background and his experiences in New Zealand before getting into the presentation. Speaking confidently, Bill discussed his own history, providing real scenarios and informative and attention grabbing advice to aspiring entrepreneurs. He spoke above venture capital, what VC’s (Venture Capitalists) looked for and how big money is raised in the Valley. Finally, Bill shared 10 insights from Silicon Valley, raising awareness of changes happening within their own innovation eco-system, and then stayed behind to answer questions. Of course there were lots.

Here’s what I learnt from Bill Reichert’s 10 lessons from Silicon Valley:

It’s hard to convince individuals to make a change. Whether its routines, beliefs or, in this case; technology. Inventing is difficult, all inventions become innovations eventually, and we live in a world of constant improvement. Be an innovator, be someone that makes an existing product better to make people’s lives easier, or solve a problem that society faces, or makes the world a better place.

There are three perspectives. Optimists say the glass is half full, the pessimist thinks the glass is half empty, and the engineer knows the glass is twice as big as it needs to be. Different perspectives, and in my opinion skillsets are the key to a winning strategy, the need for specialisation is crucial in ensuring the team tackles each aspect of the business both resourcefully and efficiently. It takes more than one perspective to see the entire picture.

Competition is out, and collaboration is in. Work together. Solve bigger problems. Share more resources and knowledge together. May the best business acquire, grow and win. Don’t be held back by competition.

Be in the right environment, create an organisational culture and your own identity. Be where they celebrate innovators and not celebrities, and recognise those that you align with.

Failure is not an option, wrong. Failure is a necessary part of succeeding, right.

All kinds of innovators:

Don’t limit yourself to internal innovation, the answer to your problem, or perhaps the key to your growth most likely lies outside of your organisation. Not limiting resources to your own is a rapid way to innovate and create value. Open innovation is the key to unleashing capabilities.

Governments are not innovative, they are responsive. Let the private sector drive innovation and universities support with resources. High contact with the real world exposes entrepreneurs and businesses to innovation.

The role of technology:

Technology doesn’t innovate, people innovate and technology is the innovation. Remember that people trump technology, so be the team that understands how to design the best technology to add value to your customers.