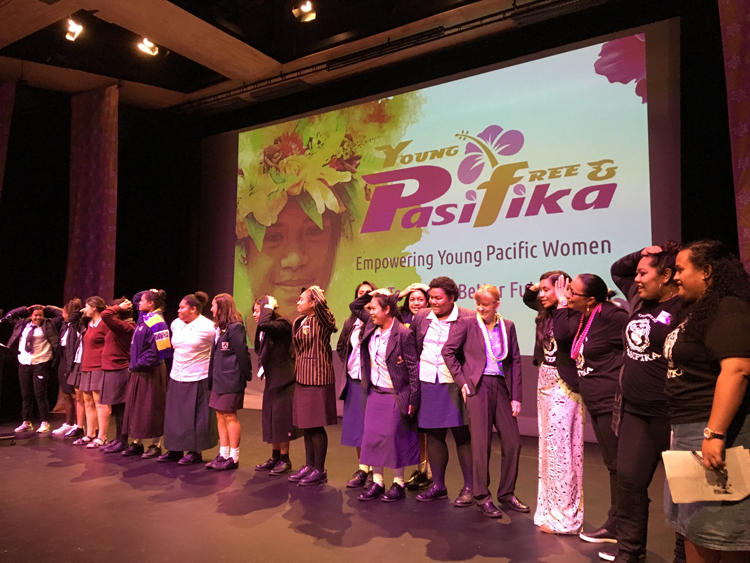 Held every May, Youth Week is a New Zealand nationwide festival of events to celebrate the talents, passion, and success of local young people. Youth Week recognizes the contributions and achievements of young people in New Zealand and is organized by Ara Taiohi, a National Body for Youth Development. This year Youth Week occurred from May 21-29, 2016.

On Wednesday May 25, 2016 Consul General Melanie Higgins participated in Youth Week by engaging University of Auckland students in an open discussion on the role of the U.S. in the Pacific. Consul General Higgins presented information on America’s Pacific connections and identity, touched on some of the opportunities and challenges for the U.S. and New Zealand government in the Pacific, and explained how the U.S. places the Pacific in the broader economic and strategic context of the East Asia Pacific region.

Students posed interesting questions including: How will the next U.S. President’s leadership affect humanitarian efforts in the Pacific? How does the U.S. view China’s involvement in the Pacific, and more broadly on cyber and nuclear issues? What is happening in South China Seas? What is the U.S. government’s perspective on the relationship between China and Taiwan? What are the labor and economic benefits of TPP? What are the chances of TPP passing through the American Congress? Such thought-provoking questions prompted excellent discussion and learning opportunities.

On Thursday May 26, 2016 Consul General Melanie Higgins was invited to give an opening address and participate in the Young, Pasifika and Free Conference hosted by Affirming Works. The Young, Pasifika and Free Conference brought together 200 young Pasifika female student leaders from various Auckland schools to explore their identity, embrace their heritage, and empower their communities.

Consul General Melanie Higgins spoke on Global Citizenship, the idea that we all have a responsibility to the world as a whole to give back to our communities and to our environment to pave the way for future generations. She discussed some of the United Nations Global Goals for Sustainable Development, gave examples of how to put global goals into action, and encouraged the young women to consider ways they themselves could think globally and act locally, with their families and in their communities.

The U.S. Consulate was proud to sponsor and participate in Young, Pasifika & Free in 2016.