Although we currently have no permanent diplomatic presence on the South Island, U.S. Mission New Zealand does frequent outreach in Ōtautahi Christchurch, the “City of Exploration.”

U.S. engagement in Christchurch and the South Island focuses on a wide variety of fields: 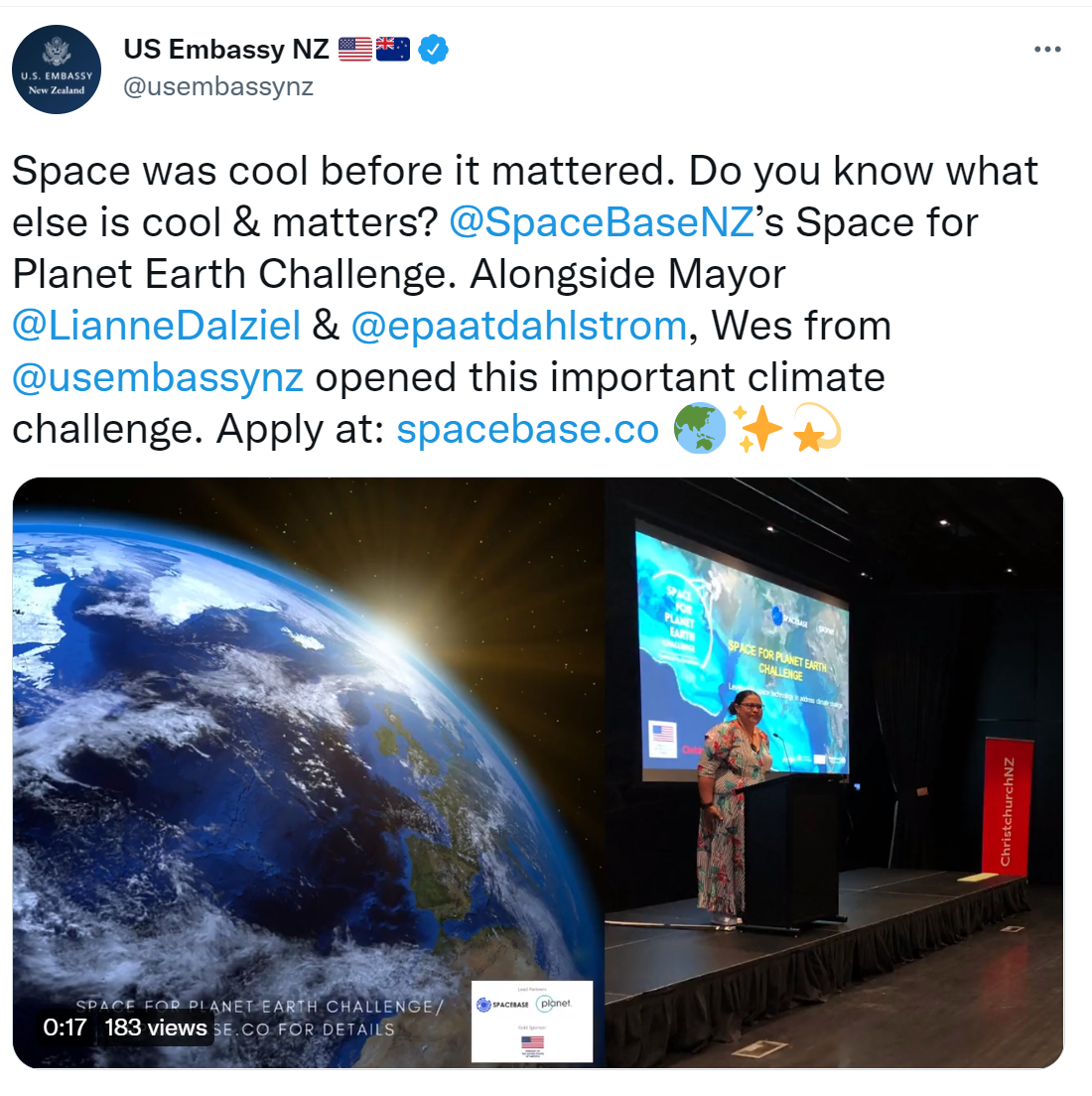 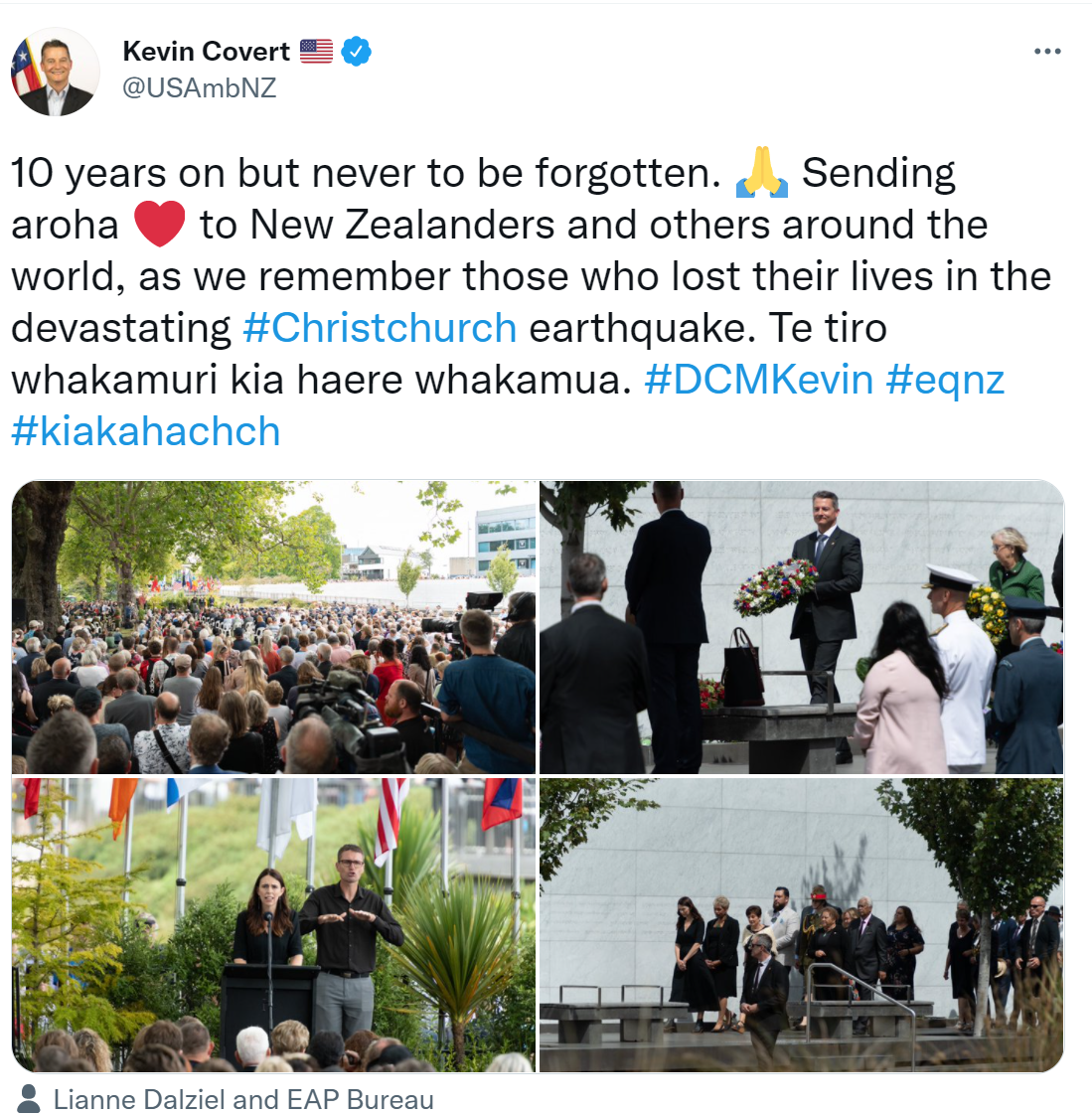 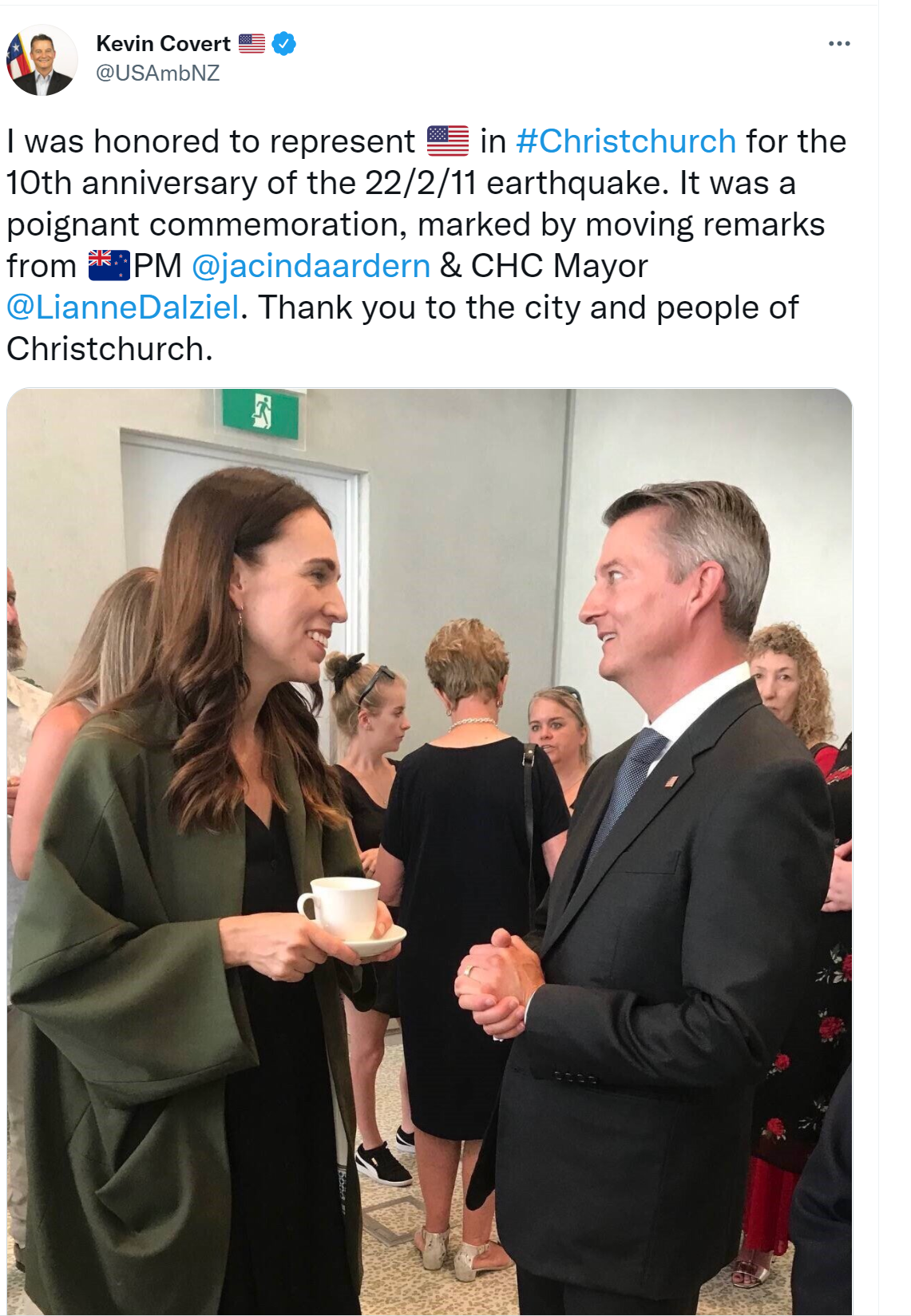 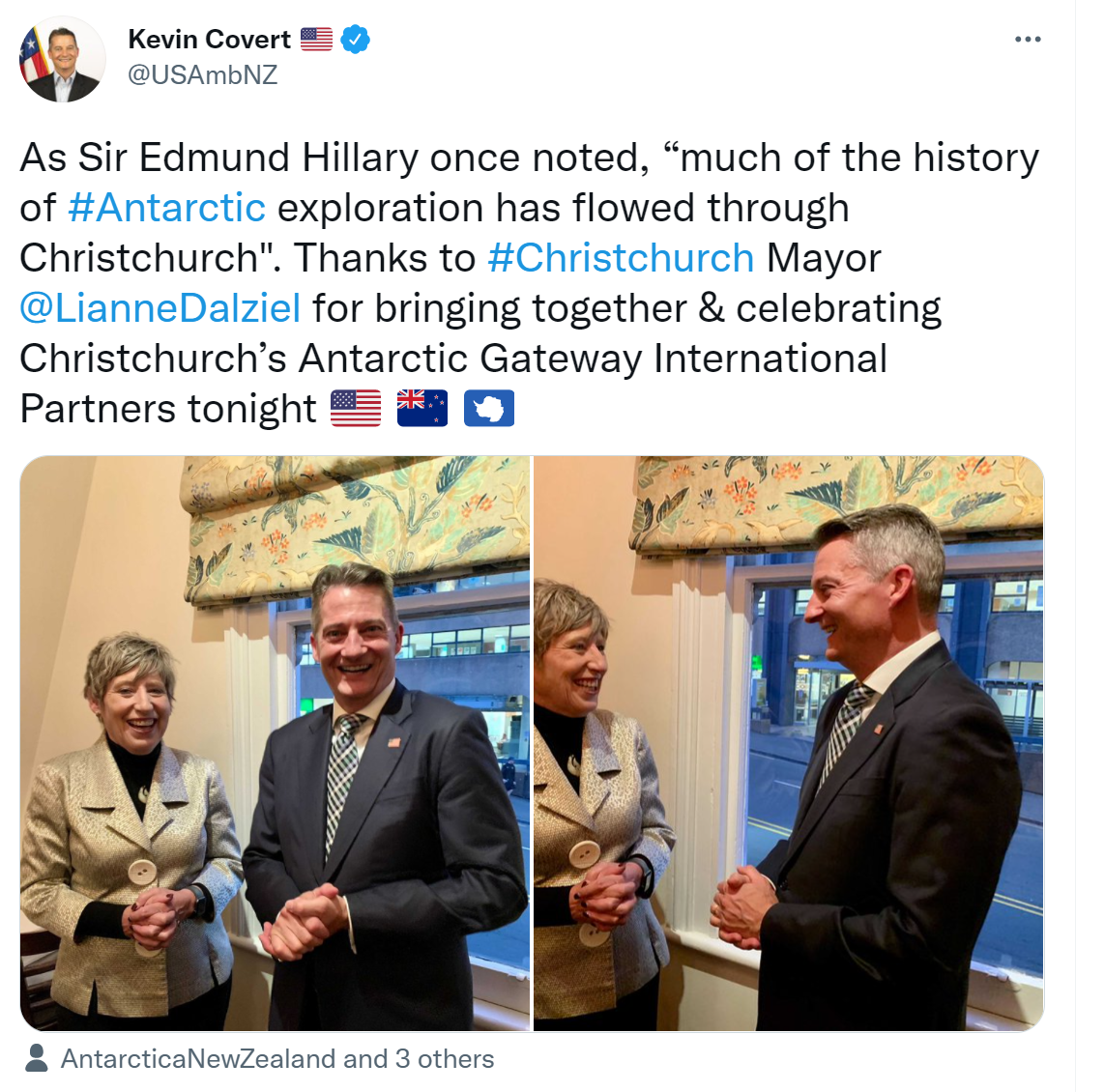 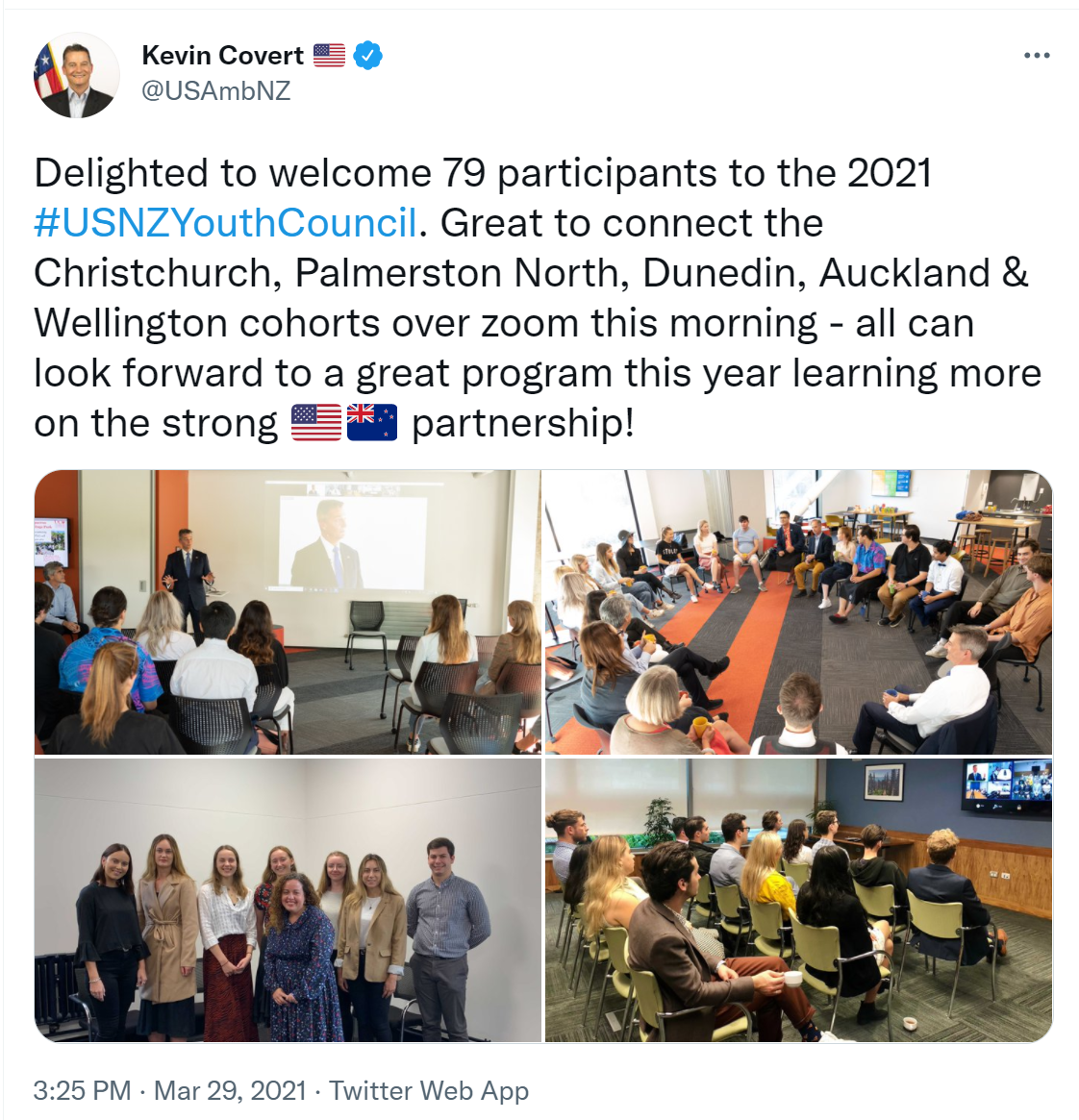 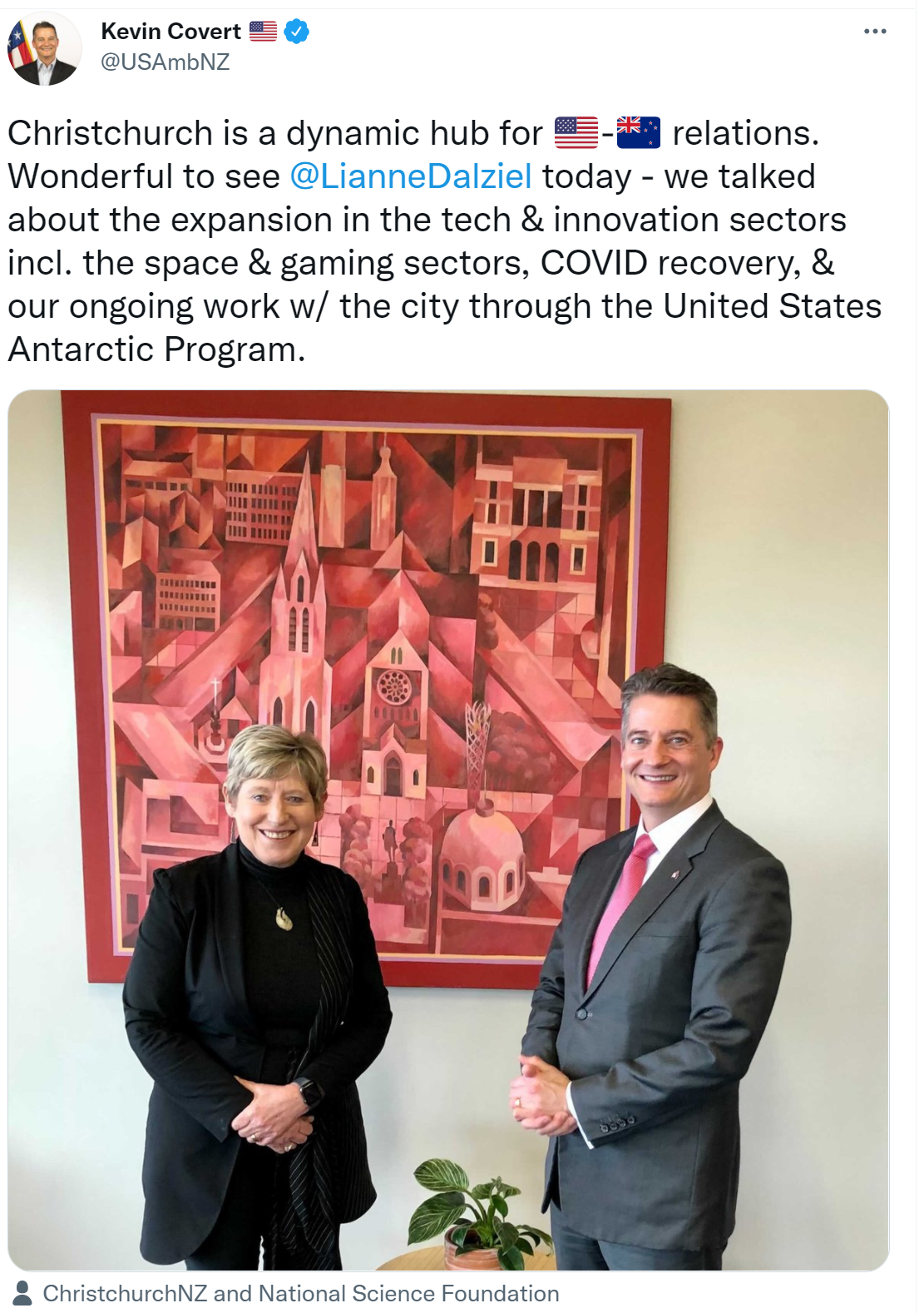 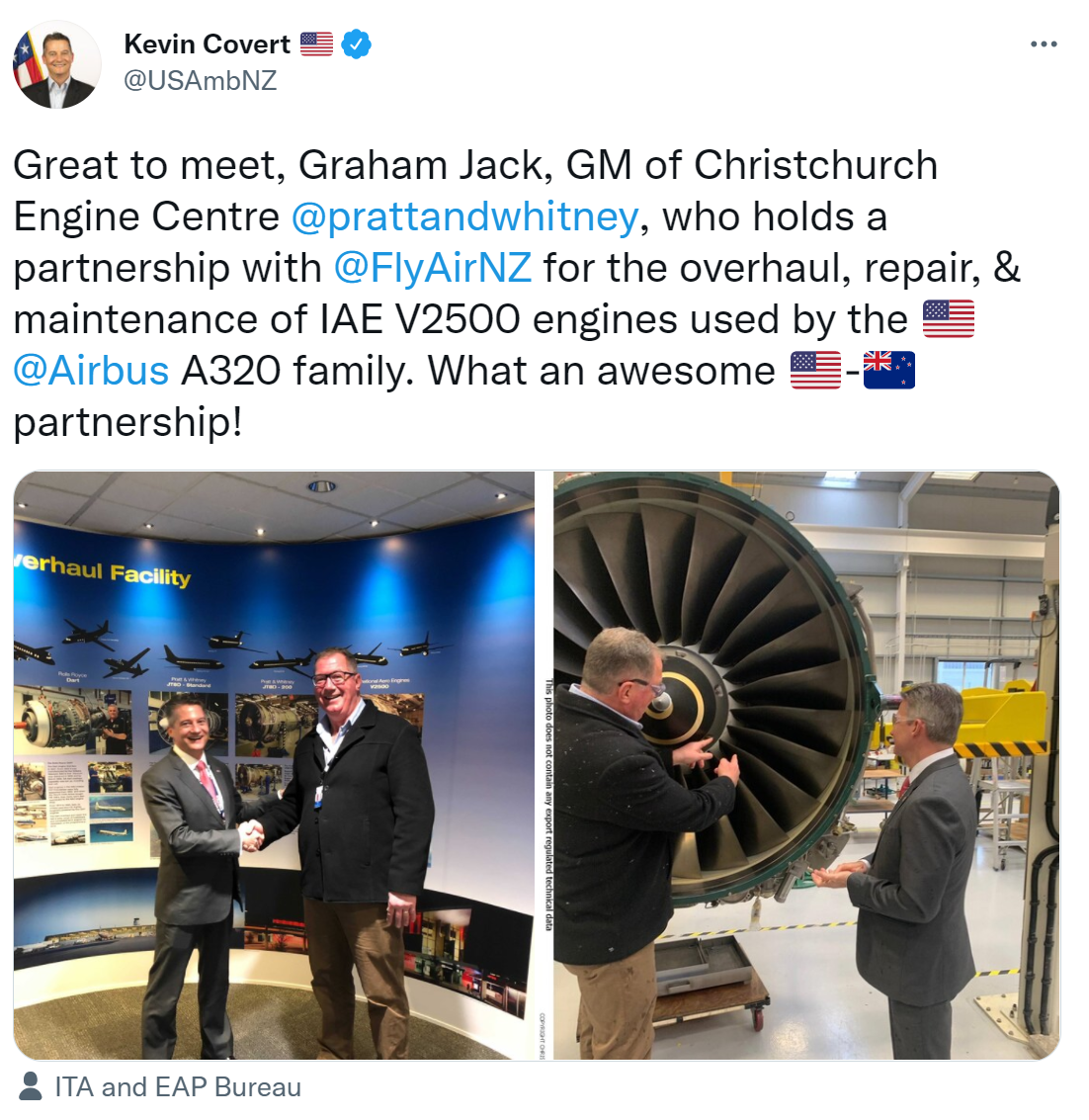 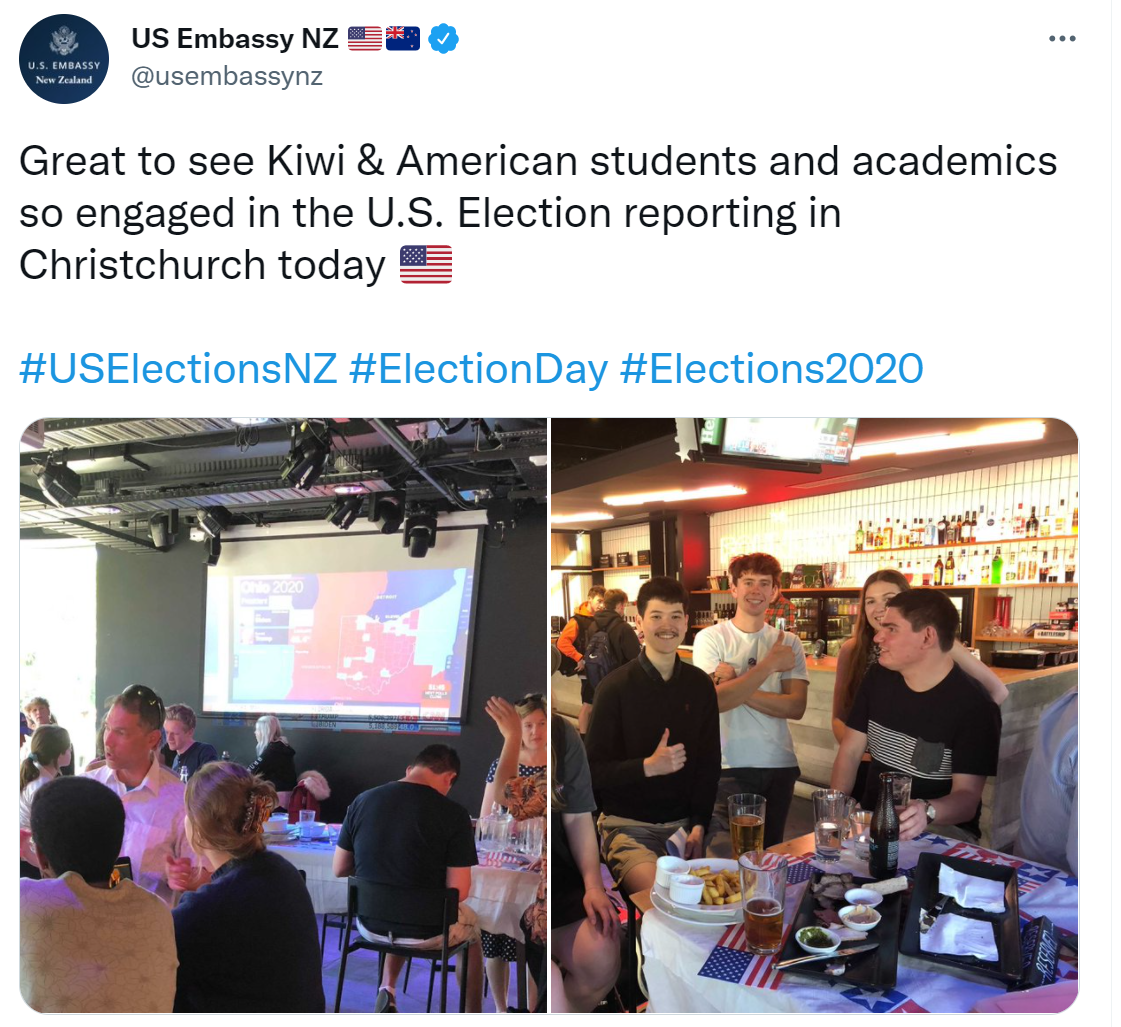 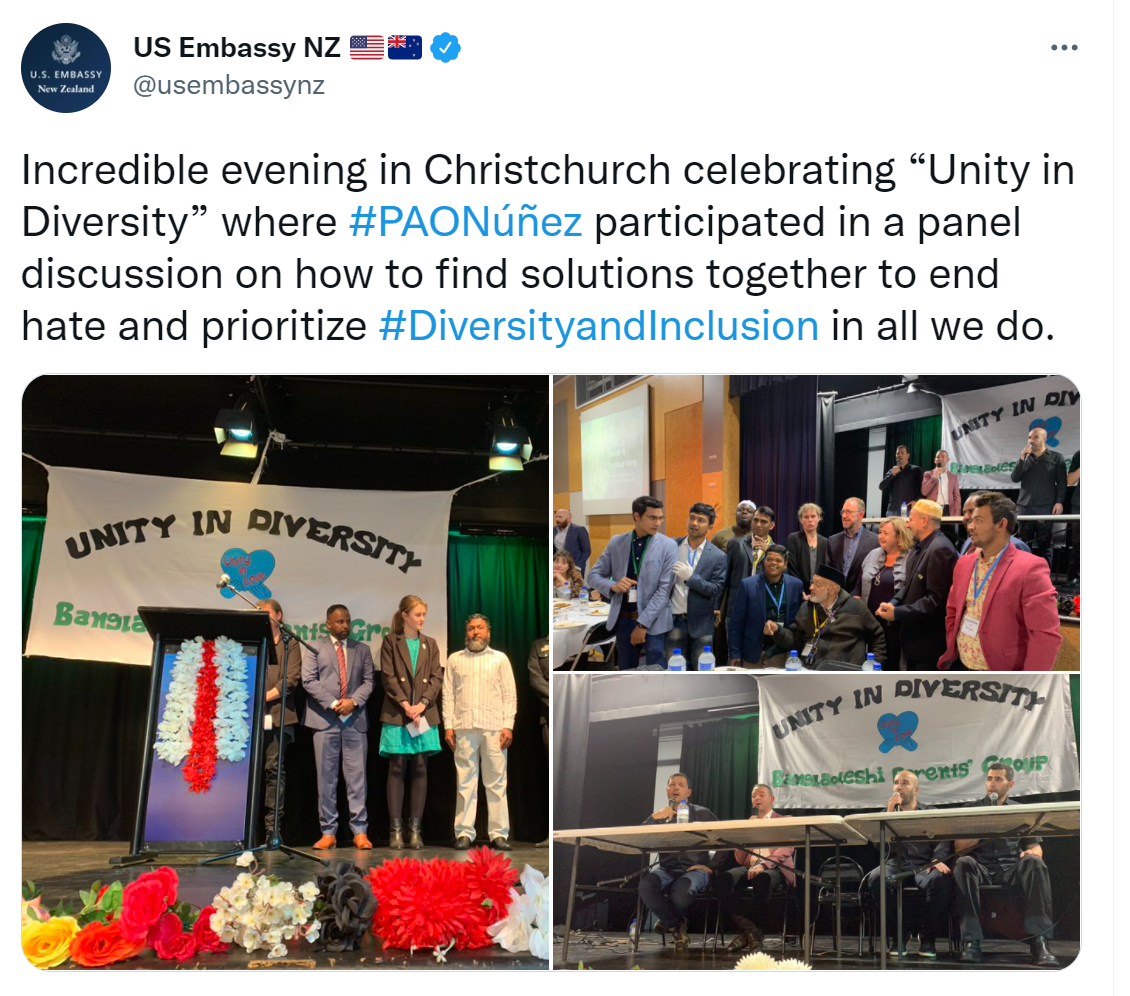 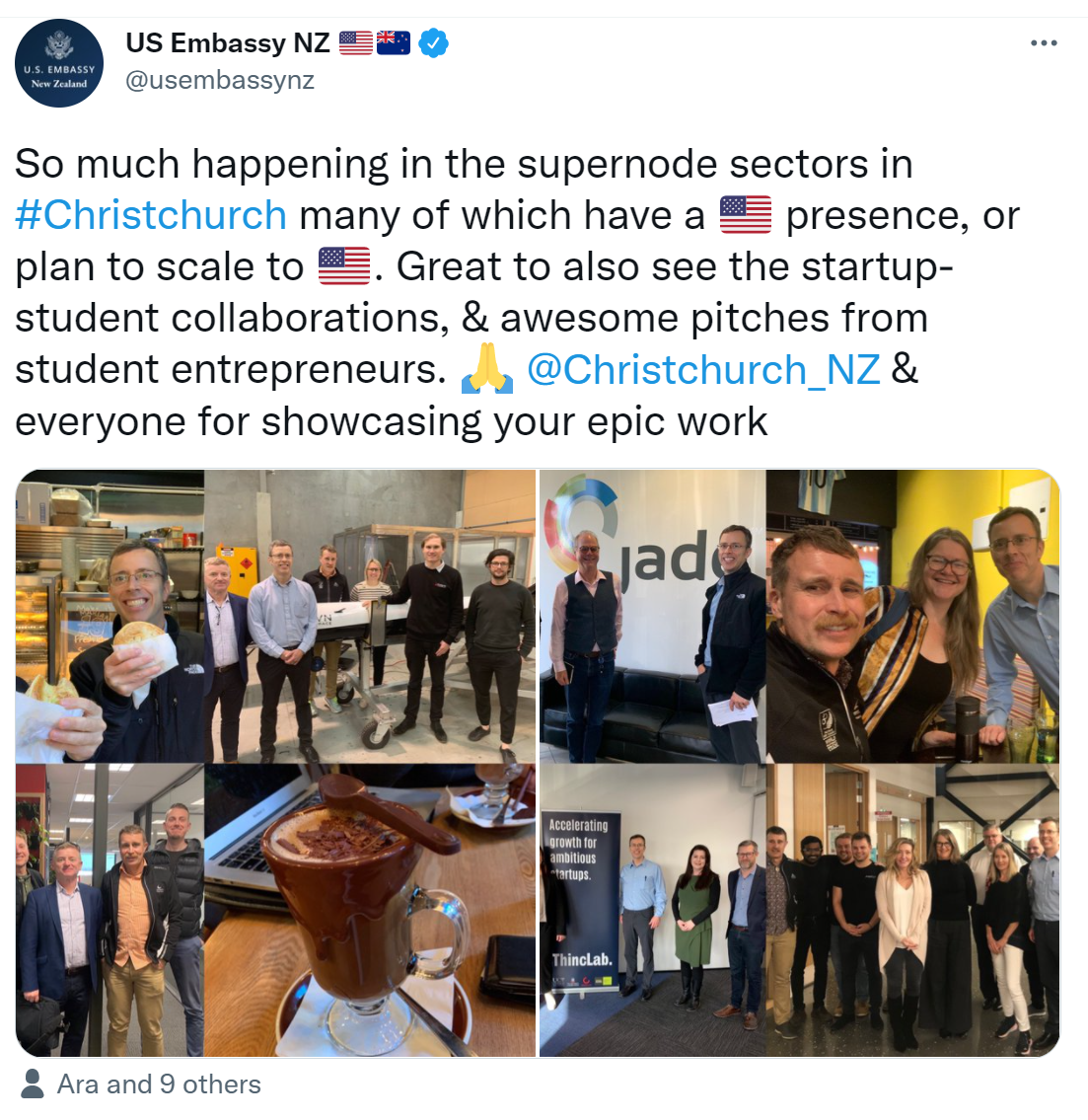 The United States shares decades of engagement in Christchurch through the U.S. Antarctic Program, which carries forward U.S. goals supporting the Antarctic Treaty.  The program strives to encourage international cooperation, maintain an active and influential presence in the region, and continue to conduct high-quality science research, all while sustaining funding efficiency.

Antarctica is the coldest, windiest, harshest continent, and with little precipitation (roughly 2 inches per year) is the driest place on earth. It is roughly 14 million sq km (5.4 million sq. mi.), has an average elevation of more than 2,000 m (6,500 ft.), and 98% of the landmass is covered by an ice sheet estimated to be 29 million cu km (7 million cu. mi.). It is surrounded by the Southern Ocean, which is considered to be an extension of the southern parts of the Pacific, Atlantic, and Indian Oceans.

The United States has three stations on the continent: McMurdo, Amundsen-Scott South Pole, and Palmer, and the United States Antarctic Program is based at the Christchurch International Airport.

Find out more at usap.gov.