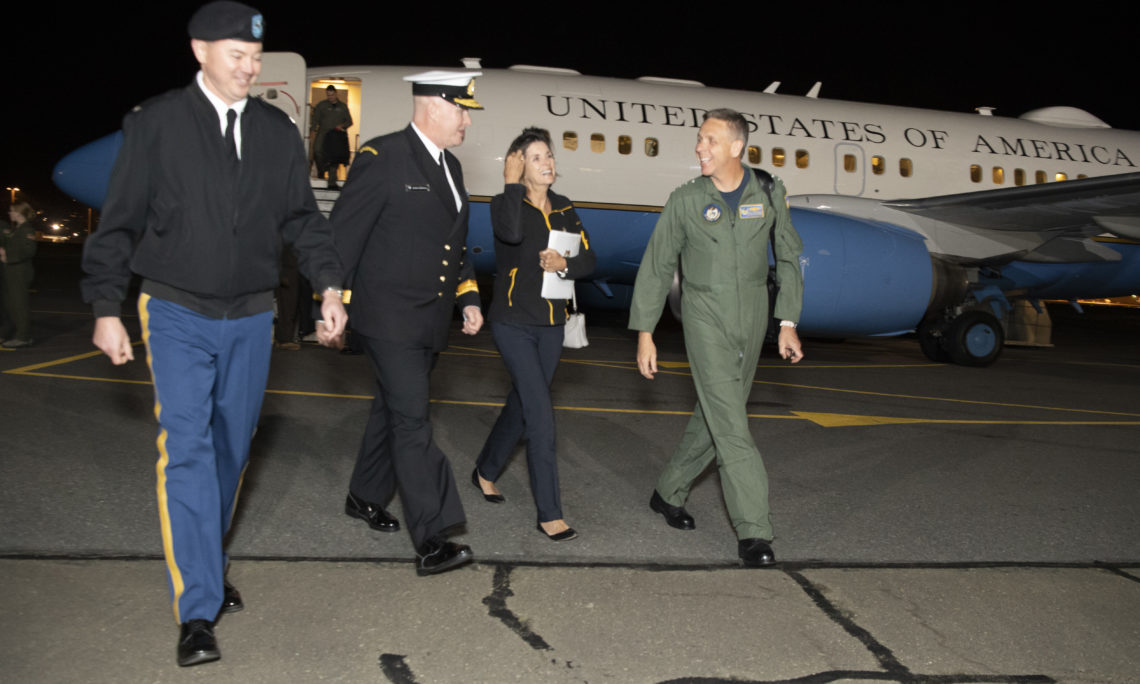 Admiral Davidson assumed command of USINDOPACOM on May 30 of this year. This is his first visit to New Zealand in his new role.

USINDOPACOM includes 380,000 Soldiers, Sailors, Marines, Airmen, Coast Guardsmen and Department of Defense civilians and is responsible for all U.S. military activities in the Indo-Pacific, covering 36 nations, 14 time zones, and more than 50 percent of the world’s population.

“We are delighted to welcome Admiral Davidson on his first official visit to New Zealand. His early visit reinforces the value we attach to the U.S.-New Zealand partnership, and gives us the opportunity to consult and explore ways to deepen and expand our already strong bilateral and multilateral cooperation, both in the region and around the world,” says U.S. Ambassador to New Zealand Scott Brown. “The Admiral’s visit is a chance for him to get to know our Kiwi partners and will include wide-ranging discussions in areas including Antarctica and the Pacific Islands, maritime security, and other regional security challenges.”

“New Zealand’s recent participation in RIMPAC, joint counter-piracy missions in the Gulf of Aden, and Pacific Partnership, as well as coalition efforts in Iraq and Afghanistan, are all good examples of where our militaries already operate together in sync,” the Ambassador added.

“In the aftermath of the Kaikoura earthquake, the crew of the USS Sampson was honored to be able to lend assistance to our New Zealand friends.  Similarly, in the wake of the USS Fitzgerald tragedy, the HMNZS Te Kaha’s was able to quickly assist the USS Nimitz Carrier Strike Group in its operations.  This is a real testimony to both the depth of our relationship, and the strides we have made towards increasing interoperability.”

A full bio and a downloadable photo are available here.