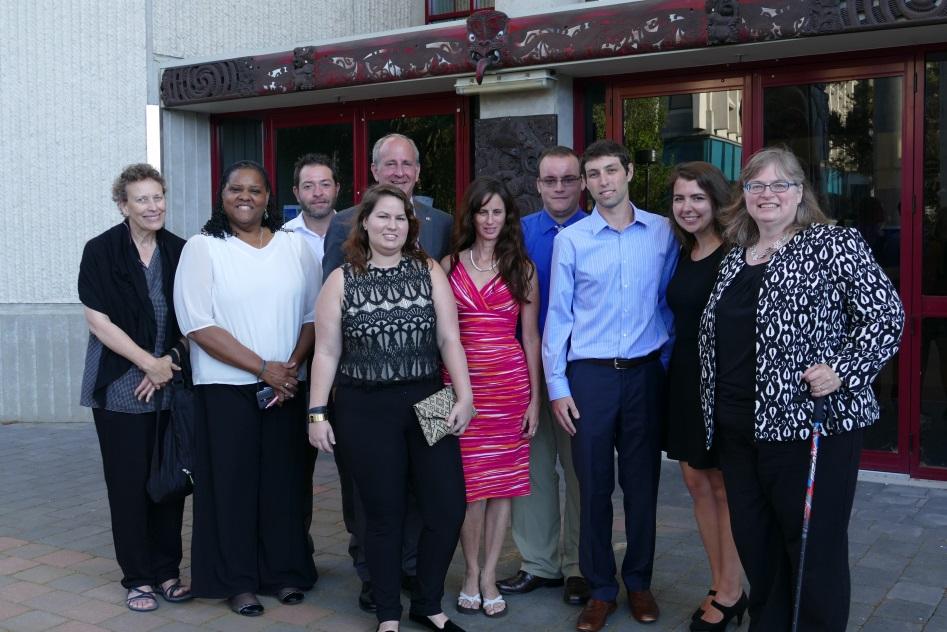 The University of Waikato Law School—Te Piringa in partnership with the Western Michigan University Cooley Law School invited Ambassador Gilbert to meet law students and give the annual Krinock Lecture on February 2, 2016.

Ambassador Gilbert’s lecture was entitled “Turning countries and businesses into people: the role of exchanges in the U.S.-NZ bilateral relationship.” Visiting American law students, Waikato University law students, staff, Hamilton legal practitioners and members of the judiciary were present for the lecture.

The partnership between Cooley Law School and Te Piringa is a model that proves the value of academic exchanges between the U.S. and New Zealand. The Former Dean of Cooley, Robert Krinock, for whom the lecture series is named, was the main architect of the Cooley Law School Foreign Study program. Krinock’s legacy enables American students to gain firsthand knowledge on international law and Pacific Rim trade in New Zealand and elsewhere. This legacy has never been more important, as the future of the world depends more than ever on a free, prosperous, and open Pacific.

The Cooley – Te Piringa partnership, and the Robert Krinock lecture series, are part of a longstanding and rich heritage of exchanges between the U.S. and New Zealand in the field of law. For many years, it has been standard practice for New Zealand judges to study American cases and precedents. Encouraging and promoting academic and legal exchanges has been, and continues to be, a priority for the Embassy.

Quoting the late Missouri Senator J. William Fulbright, Ambassador Gilbert remarked in his speech that programs like the Cooley/Waikato Foreign Study program “turn nations back into people, contributing as no other form of communication can to the humanizing of international relations.” The Ambassador encouraged students to study the law of the land, not just the law found in books. He emphasized to the students that it is the people you meet that you’ll remember the most. Click here to watch Ambassador Gilbert’s speech.

Ambassador Gilbert was graciously hosted by the Waikato Dean of Law for a campus tour and the new building which will hold the Faculty of Law and Management School later this year.