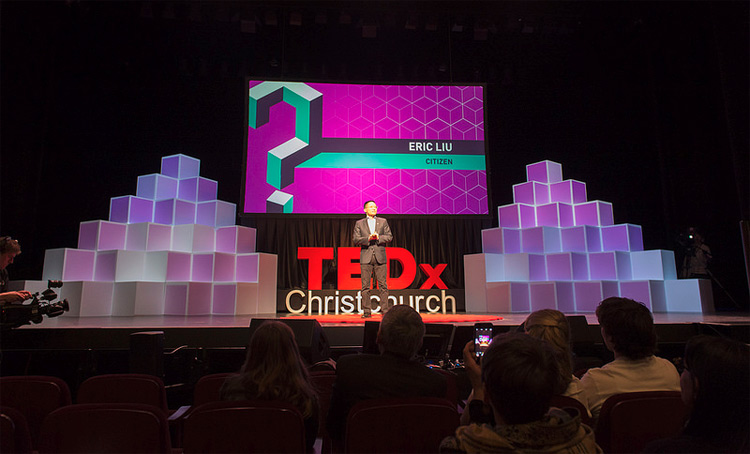 The Embassy is delighted to support TEDxChristchurch this year, held in Christchurch at the majestic Theatre Royal.

TEDxChristchurch 2015: Think Again will be a stunning, one-day event like no other in Christchurch! At TEDxChristchurch, curious, open, passionate people come together to be intrigued, inspired, provoked and uplifted. Set against the stunning backdrop of the Isaac Theatre Royal, Saturday 3 October will be a feast for the mind and the heart.

Meanwhile, she is best known for her music, with Platinum-selling hits such as “Like Water.” But at TEDxChristchurch, Ladi6 won’t just be singing; she’ll be joining producer and director Julian Arahanga to share the story of the acclaimed TV show Songs from the Inside.

Dr Swee Tan has been called a “modern miracle worker” for his revolutionary treatment of strawberry birthmarks, with significant implications for cancer research. Frances Valintine is the founder of The Mind Lab, which is transforming the way teachers approach education in the digital age. Carolina Izzo is a conservator who has been entrusted with the care and restoration of some of the world’s most precious artifacts – including our very own Isaac Theatre Royal. Professor Max Suckling is an expert on insect ecology. And Craig Jarvis is an architectural designer pushing the boundaries of sustainable living.

There will be strong youth representation on stage as well. 15-year-old Finnian Galbraith shot to fame in July when a video he posted about the pronunciation of Māori words went viral. And 11-year-old Analise Twemlow, who suffers from Tourette’s Syndrome, will be joined by her mother Robyn Twemlow to talk about the disability.

North Canterbury duo The Sintes Brothers will make you think again about tap dancing, and the whole show will be opened by pan-tribal kapa haka group Te Pao a Tahu.

Now in our sixth year, we’ve moved back into Central City. TEDx Village will take up The Press carpark and extend down Gloucester Street, with main stage content in the Isaac Theatre Royal.

Find out more at TEDxChristchurch.com.