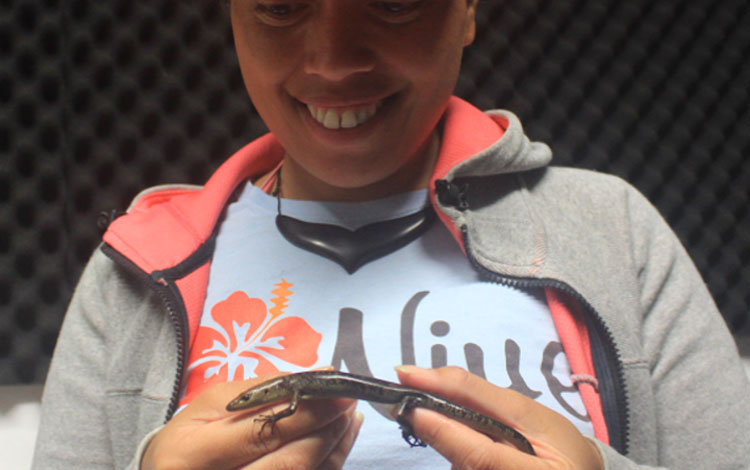 New Zealand and the United States share a long history of scientific cooperation, particularly in environmental science, and working together to tackle environmental issues – as a result, science is a cornerstone of the U.S.-NZ relationship, and the U.S. is the largest outside source for investment in New Zealand sciences.

On Earth Day 2018 we celebrate the ingenuity of those who are rising to the many challenges to protect our environment and natural heritage – here you’ll find just some of the many collaborative U.S.-NZ projects in this area.

The Ross Sea MPA was a joint initiative of the United States and New Zealand, and the result of unanimous support for the proposal within the 25-member Commission for the Conservation of Marine Living Resources (CCAMLR).  The Ross Sea in Antarctica is an area of unique biodiversity and one of the last unspoiled marine environments on the planet. At different times of the year, the region can be home to 32% of the world’s Adélie penguins, 26% of all emperor penguins, five seal species, eleven bird species, twelve whale species and 95+ fish species, 50% of Ross Sea killer whales and around 30% of Antarctic petrels.

The Ross Sea Region MPA will be in force for 35 years, protecting a rich and productive ecosystem that has thriving, intact communities of top predators, including whales, seals, penguins, and sea birds.

U.S and NZ scientists conduct research in Antarctica that cannot be conducted anywhere else in the world, from astrophysics to zoology.  The 2017-18 Antarctic season marks 61 years of U.S.-New Zealand cooperation in Antarctica, with the collaboration being the most enduring part of the bilateral relationship.

The U.S. operates three year-round stations in Antarctica, two research vessels and numerous seasonal field camps in the summer, managed by the United States Antarctic Program, and supported by a team in Christchurch who operate alongside New Zealand’s International Antarctic Centre.

Today, U.S. and NZ scientists are advancing knowledge of the continent itself and the entire globe, from research on marine life able to survive in freezing water to the continent’s role in global sea-level rise.  Researchers are also able to peer into the depths of space and probe the nature and origin of our universe from the continent’s unique perspective at the bottom of the globe.

Recently, U.S. and NZ cooperation on Antarctica led our two countries to establish the world’s southernmost wind farm.  The three turbines on Antarctica’s Ross Island have cut diesel use at McMurdo Station (U.S.) and Scott Base (NZ) by 120,000 gallons a year.

NOAA’s CAPSTONE project, which visited the waters of Republic of Kiribati, Tokelau, Samoa, and the Cook Islands to help map and understand deep-water geography and conditions, coordinated with Cook Islands’ elders and cultural leaders on the naming of newly discovered underwater features.

Helping discover a skink thought to be near extinction in Niue

Thinking the skink was close to extinction, Niuean officials conducted a reptile survey with support from the United States Geological Survey (USGS) and Villanova University, which found no trace of the elusive reptile – but resulting publicity of the search alerted a sharp-eyed tourist.

The tourist submitted photos of a large skink spotted on her holiday, which was identified by the Niuean Ministry of Natural Resources as the missing lizard.  USGS herpetologist Stacie Hathaway said, “This is incredibly exciting finding that this endangered species, known globally only from Niue and American Samoa, still persists on Niue.”

Fighting back against invasive species

U.S. and New Zealand scientists have been sharing best practices on combating invasive species for years, saving both countries’ agricultural sectors millions of dollars and ensuring that both remain competitive in the global commodities market.

New Zealand’s heavy investment in its border biosecurity and its remote geography provides a real-world laboratory for U.S. scientists to learn from and observe – supported by collaborative workshops and research programs, with scientists from both nations regularly engaging to tackle invasive species and maintain biosecurity.