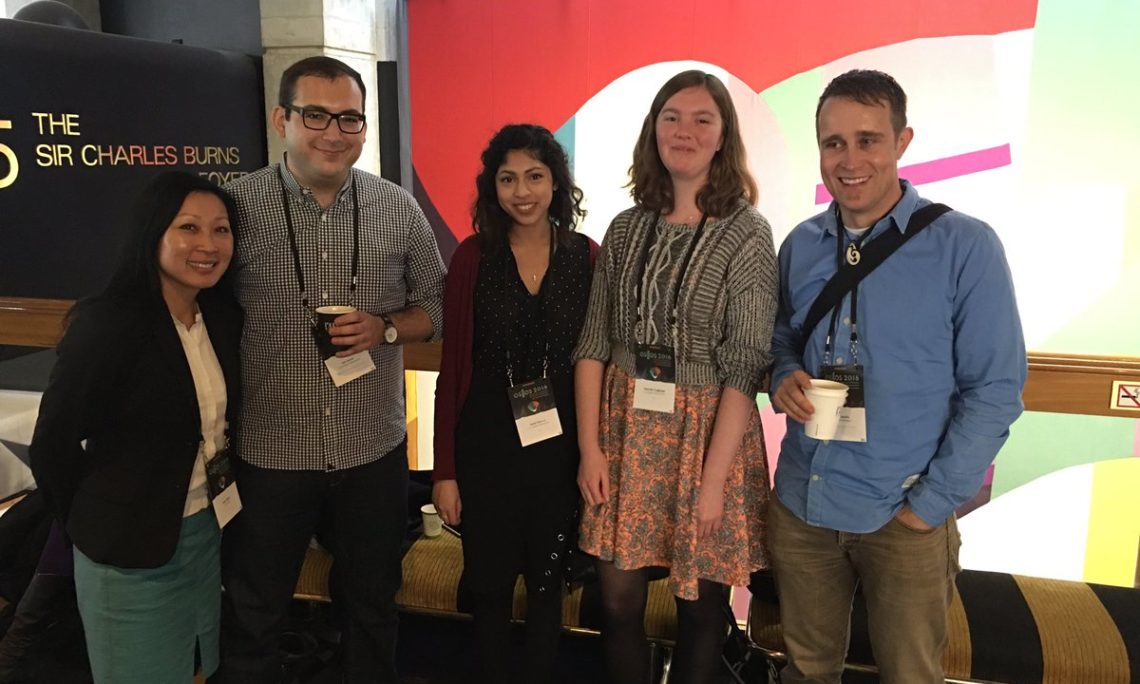 Eric with the US Embassy team and Student Council. Photo credit: U.S. Department of State.

During the 22 and 23rd of August, we were lucky enough to attend the Open Source Open Society (OS/OS) conference in Wellington. The Conference theme was how technology and open ways of working can transform your life, your work, your organisation and our society. Through speeches, panels and workshops, we learnt from leaders who are pioneering a more open world, such as U.S. speakers Eric Hysen and Ele Munjeli.

Eric Hysen is the Executive Director of the Department of Homeland Security Digital Service which brings top software engineering, product management, and design talent from the private sector to partner with innovators inside government and transform DHS’s most critical services.  Eric’s talk ‘From Google to Government’ was really interesting especially as he discussed the challenges and rewards of modernising the U.S. Government systems, and importance of technology to help make government better – the reason why he made teh move from the Google (the private sector) to Government as a term appointee.

Another takeaway from Eric’s talk is that we had never thought about the importance and application of open technology in government particularly, and the huge impact it can have on policy being implemented effectively. It was interesting to hear Eric explain how him and his team balance the approach of agile software development, of adding things as you go along, with working within the constraints a governmental system that involves high levels of regulation. This Agile approach has been highly effective, and Eric’s team has digitized one third of the immigration process within two years, compared to 1% of digitisation achieved in the previous seven years.  This talk has opened our eyes to the application of open technology for a more effective government, and the importance of getting more technology experts directly into government to work at it from the inside for the best outcome.

From the perspective of an aspiring software engineer [Hannah], we were excited to meet and hear from Ele Munjeli – a DevOps (Development and Operation) engineer for Prime 8 Consulting. Ele gave a talk on the ‘Open Tech Toolkit’ and gave a workshop group session where the we all shared our views on the positive and negatives of open and closed source systems. We learnt a lot about how open source works and why it is important, but we were most struck by Ele’s views on open sourcing and system security.

Working in DevOps as Ele does, there is huge importance placed on the security of a system. Her talk made us consider what makes a secure system and the benefits of open sourcing in this particular area. While many companies want to keep this source code hidden, we now believe after hearing Ele speak that there are huge benefits to be had in open sourcing so that others can contribute to its strength and find flaws much sooner. Most importantly, not only is Ele passionate about her views and about sharing them, but is also prepared to lead by example. Ele spoke about huge efforts she has been to with various employers to make her own work open source so that she can contribute  to the niche and specialised field that she works in.

Over the two days of OS/OS, we learnt the importance of having a more open world and the ways that we can begin to do this in our own communities.

We’d like to thank the US Embassy for both sponsoring Eric and Ele and for giving us the opportunity to attend such a thought provoking and inspiring event.