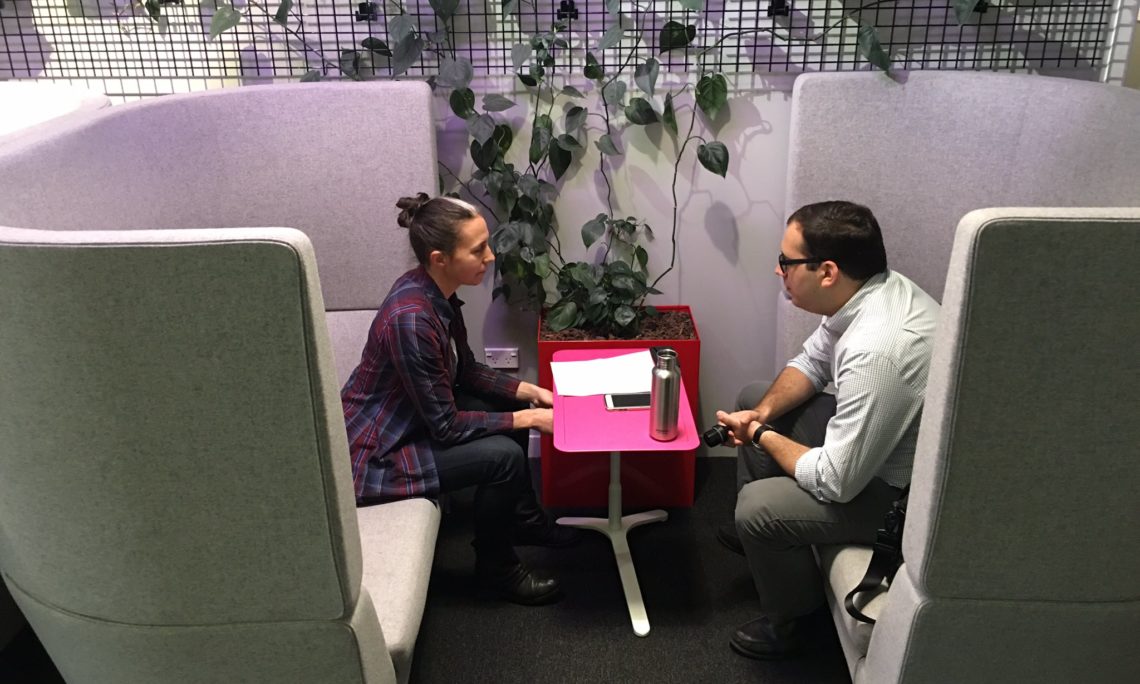 Thanks to the U.S. Embassy and KiwiConnect, Eric Hysen of the United States Digital Service came to New Zealand to keynote at the annual Open Source Open Society conference. At the conference Eric spoke on the challenges and rewards of modernizing U.S. Government systems.

Eric is one of the Founding members of the USDS, and is the Digital Service Lead for the United States Department of Homeland Security. As a former employee at Google, Eric has worked to bring innovation and open technology systems to the U.S. Government at the USDS. What was once a startup within The White House, the USDS is now a network of teams working across the Departments of Homeland Security, Veterans Affairs, Defense, Education, State, and Health and Human Services.

During his time in New Zealand, Eric also met with New Zealand Government officials; spoke at GRID Auckland, BizDojo and Creative HQ in Wellington; as well as taking a tour of the Enspiral Dev Academy.

Eric also had a sit down interview with KiwiConnect’s Alina Siegfried. Here is a taste of that informative interview…

From Google To Government: Diving Into The US Digital Service With Eric Hysen

What was it that motivated you to join the US Digital Service?

I was working at Google, it was my first job out of college. I worked there for several years, and loved the culture, loved the type of work we were doing.

And then healthcare.gov happened. It was a situation where one of the President’s major policy initiatives to expand access to health care in the country had passed politically, and yet the website failed. It had taken so long to build, and was out of date by the time they launched. People were faced with dozens of error messages, and as a result risked not being able to get health care.

So I joined as one of the first people that came into Government to create the U.S. Digital Service to make sure something like that wouldn’t happen again.

How would you summarise the problems that you are trying to solve within your work?

Ultimately we’re charged with transforming the Government’s most critical services through technology.

My chunk of that is the Department of Homeland Security, which sounds a lot more intimidating than it is. And that means that we’re looking at digitising our immigration system, facilitating international trade and improving how we admit refugees into the United States.

You guys have Lego here right?

Okay, so imagine that you have your Lego blocks and you are trying to build a Lego house, and you don’t have the instructions with you because this is your own creation.

One approach you might take if you’re trying to build that house with Legos, is that you might write out the instructions piece by piece before you touch any of the bricks, and try to figure out exactly what’s going to work. And then you build it once you wrote out all the instructions. And that’s really what we call waterfall software development: that you start with one stage, move to the next, and move to the next.

But with the concept of agile development, instead you’re actually playing with the Legos the entire time. You might first build out the door, you might then build out one room, and maybe you’ll write up the instructions as you go so that someone else can build it. But you always have your hands on and you’re always playing and seeing what you get to.

So fundamentally, the agile model means that instead of planning out everything you’re going to build in a minute detail, you build something that adds value. That is what we call a minimum viable product in the tech world. You build something that is useful like one room of the house and then you’ll keep repeating that over and over again. So you might know that you’re moving towards a house overall, but you might not know exactly where the bed is going to be positioned in each bedroom – versus thinking that you need to plan everything out all the way in advance.

So how do you balance that kind of approach of learning as you go, and adding things as you go, with working within the constraints of a Government system with high levels of regulation and oversight?

Achieving the balance is most of what we spend our time doing. The Government is geared around reducing risk. And that’s a good thing. Governments should be responsible with public money. We shouldn’t go willy-nilly spending it just because we think something is cool. But the idea that it is less risky to plan out a giant software project in advance, and assume that everything is going to go exactly as planned, is just wrong and outdated.

Read the full interview on the KiwiConnect blog >>

Kathryn Ryan speaks to Eric Hysen, the head of U.S. Digital Service at the Department of Homeland Security about his organisation’s efforts to streamline and improve government IT projects.