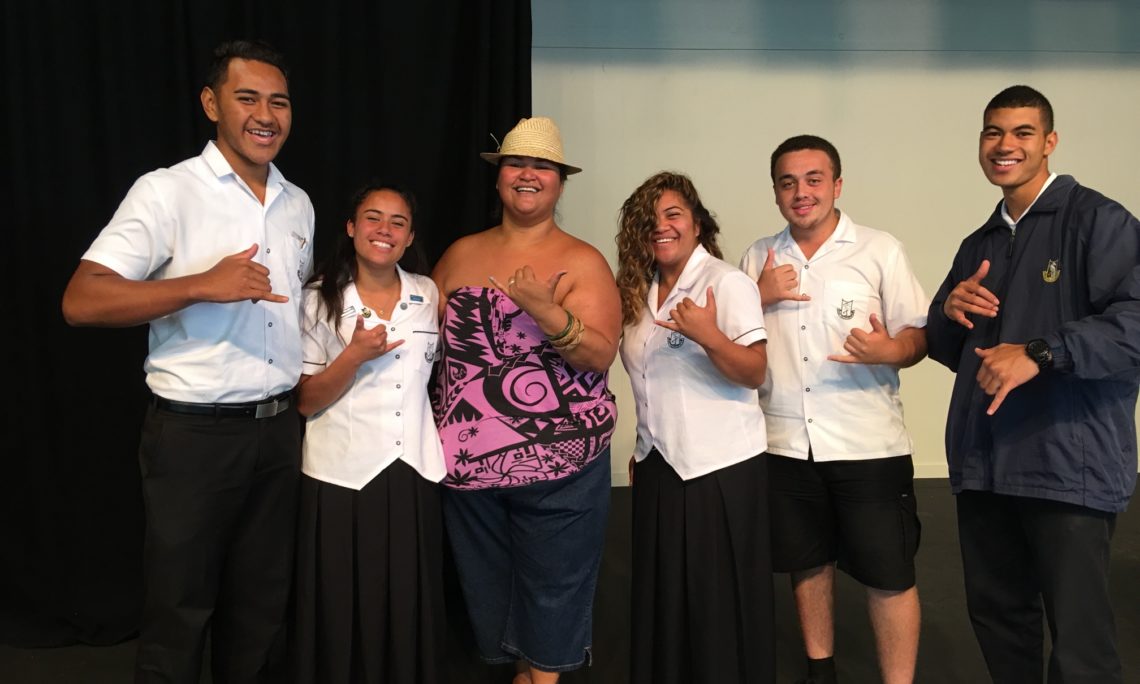 One of Hawaii’s most respected live performers, Paula Fuga, will grace the main stage at this year’s Pasifika Festival on Saturday, March 12.

Since her breakout modern Hawaiian soul debut album Lilikoi in 2007, Paula has gone on to tour the world with artists such as Jack Johnson and Ziggy Marley, and she’s performed for President Obama at the White House no fewer than three times.

It’s all a long way from her routes, brought up by her grandparents and extended family, and at one point living vulnerable and homeless on the beach, seeing first-hand the destruction caused by drugs and violence.

The U.S. Embassy in New Zealand is proud to support Paula’s visit to Pasifika, as well as to a number of New Zealand Schools and youth organisations.  In addition, the Embassy is helping to fund Pasifika’s Hawaii Village, now in its third year.  As well as Paula’s performance, the Hawaii Village will host numerous halau (hula schools) from Hawaii, Auckland, and Hamilton, and a visit from Islands competitors at the Ultimate Waterman Challenge also taking place this weekend.

“What better way to celebrate the depth of Hawaiian musical talent and strength of Islands spirit than to support a great ‘turnaround artist’ like Paula Fuga,” said U.S. Ambassador Mark Gilbert.