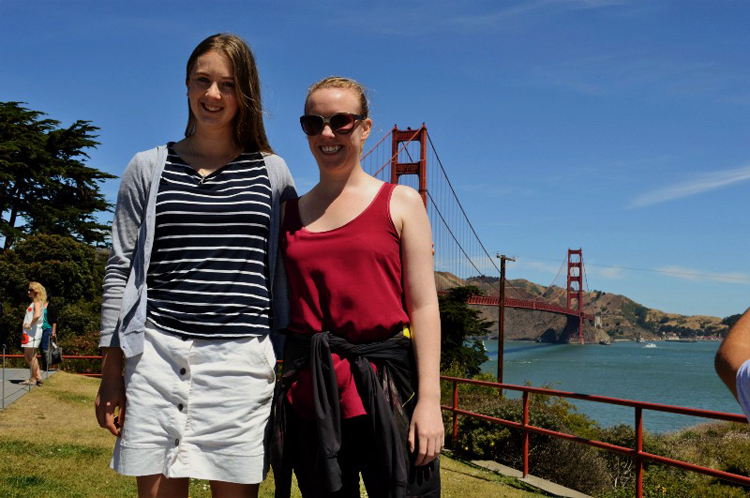 Let’s hear about their experience at GES2016…

There’s an excitement that comes with early morning starts.

Emerging from a bleary-eyed fog, the realisation hit me: I was about to embark on the trip of a lifetime.

It was the day, I was to fly out of the country for the Global Entrepreneurship Summit.

The next 18 hours were filled with excitement and nerves. It was a blur: The roaring of Boeing wheels on tarmac, airport lounges, customs queues and conversations with fellow travellers. I happened to meet some fascinating people on the long haul flights: an English woman on her way to her sister’s wedding in Cancun, a Czech paraglider on his way to Bali and a Canadian filmmaker on his way home from the premiere of his film at the Maori film festival.

People are so incredibly interesting.

On my arrival at San Bruno airport, I was greeted with the ambient warmth of a California Summers day and began a relaxed trip into the city. It was 8am on a Sunday morning, and my driver chatted easily about the Bay Area and the upcoming State playoffs. On arrival to my central city I was greeted by a familiar face — my fellow Kiwi and entrepreneur Samantha Jones, of ethical clothing company Little Yellow Bird.

The day was spent exploring the Bay Area with Sam and her friends from LA. We had a couple days of sight-seeing, taking the iconic cable car, cruising under the Golden Gate Bridge (getting drenched in the process) and enjoying the city’s rather hipster atmosphere. But as much as we loved the city, the excitement for what we were really there for was building: The Global Entrepreneurship Summit!

On the evening of the 21st June, we went out for dinner with some delegates. On our way to our meal I heard about some amazing ventures from these new acquaintances. One was Chris, the founder of SlateCube, who told me about his Nigeria-based business connecting young African entrepreneurs to internships.

I remember thinking how amazing the connections were between our enterprises . The stories we’d already heard were incredible and GES hadn’t even started!

The morning of the 22nd dawned with clear and sunny skies. The adventure was about to truly begin. It was just past 8 in the morning when five of us jumped in one of the ever-present Ubers to our first partner event, a Benetech site visit. Benetech uses Silicon Valley technology to create new products that serve humanity, including an app that helps fight violence against women. It works by offering secure encrypted reporting and support for victims of domestic violence. I was also lucky enough to meet people with the calibre of Rachel — a program manager at Benetech with a real passion for social justice.

Last month I was one of three New Zealanders selected to attend the Global Entrepreneurship Summit (GES) in Silicon Valley. The summit brings together entrepreneurs and investors from around the world with the aim of creating new opportunities for investment, partnership, and collaboration.

The summit had a big focus on social entrepreneurship, the shared economy and initiatives to support developing communities. Throughout the summit I was able to connect with so many other entrepreneurs across a huge range of industries. With 170 different nations represented we now have contacts in almost every area of the world.

Guest speakers included the likes of Air BnB and Uber CEO’s Brian Chesky and Travis Kalanick. Chesky spoke about the early days of Air BnB and how an early potential investor once told him, “I hope this isn’t the only idea you’re working on.” Kalanick talked about having crazy ideas and said, “Don’t worry about sharing your ideas, if its a billion dollar idea, everyone else will think it’s too crazy to work.”