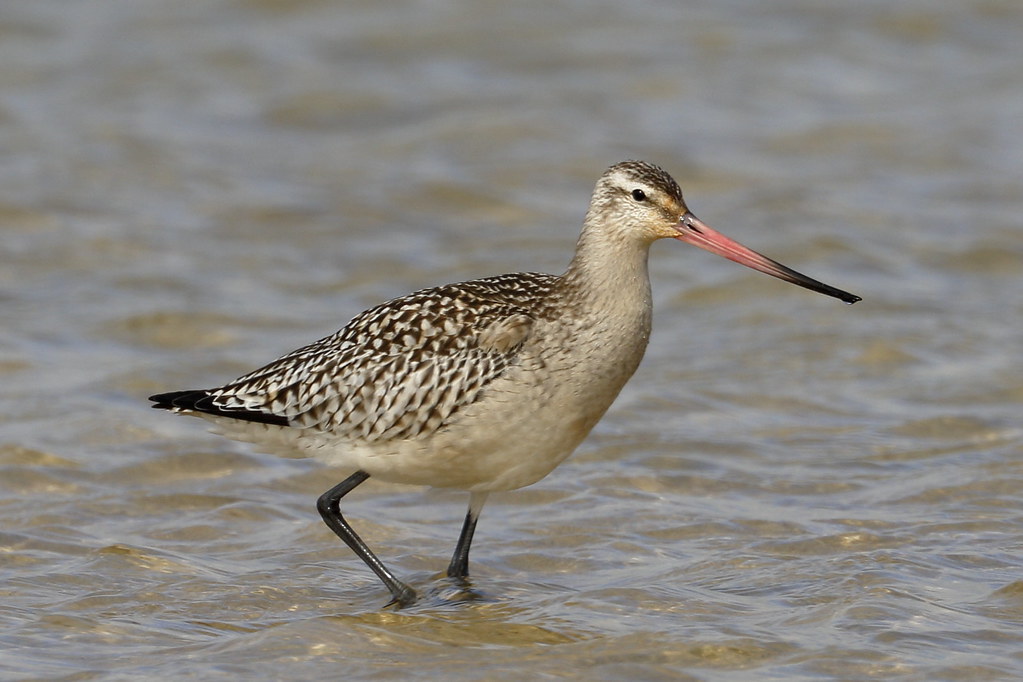 Not all amazing creatures come in bright packages. In fact, one of New Zealand’s most incredible birds is, to look at, a little on the dull side. Drab, brownish, with a little bit of grey thrown in to lighten things up, the godwit, or kuaka, doesn’t grab the imagination the way many of our native birds do. But don’t underestimate the small, brown and grey…this bird can do amazing things.

Every summer, around 80,000 of these non-descript little birds fly non-stop from their breeding grounds in Alaska to New Zealand, a journey of over 11,000 kilometers, taking 8 to 9 days. Can you imagine that!! 8 to 9 days in the air!! That’s the longest non-stop flight by a non-sea bird in the world. No stops to eat or sleep, no quick dip down to the sea to grab a snack along the way…just endless hours of flight over land, sea, rivers, cities, open plains, and every other type of landscape you can possibly imagine.

In 2006 a conglomerate of national governments, inter-governmental agencies, non-government agencies and private enterprises came together with the goal of protecting the godwit and the many other bird species who migrate around the world every year. Thus, the East Asian-Australasian Flyway Network (EAAFN) was born. This partnership aims to protect the route, the “flyway”, along which the godwits, and other birds, fly year after year. 18 governments around the Asia-Pacific region, including the U.S., New Zealand, Australia and China, along with organizations such as the World Wildlife Fund (WWF), are now part of this network, protecting the flyway and the fragile network of habitats along it that are vital to the survival of the migratory birds who use it.

On this side of the world, much of the work done to protect the godwit takes place in a little town by the name of Miranda, only an hour from Auckland. The Pukorokoro Miranda Shorebird Centre, home to the Pukorokoro Miranda Naturalist’s Trust, has been one of the primary sources of information and expertise on shorebirds in New Zealand since 1990.

Despite the best efforts of the members of the EAAFN, the worldwide population of the godwit continues to decline. Habitat destruction threatens their summer feeding grounds in Asia, vital to sustaining that remarkable non-stop flight. Without the ability to stock up in preparation for their flight south, the godwits would not be able to migrate in winter to spend their summer brightening the days of birdwatchers around New Zealand’s coastline. Unable to survive the harsh winters in their northern home, we would soon face losing this amazing little bird for good.

So this International Migratory Bird Day, spare a thought for the small yet mighty godwit, the world champion of migratory birds.