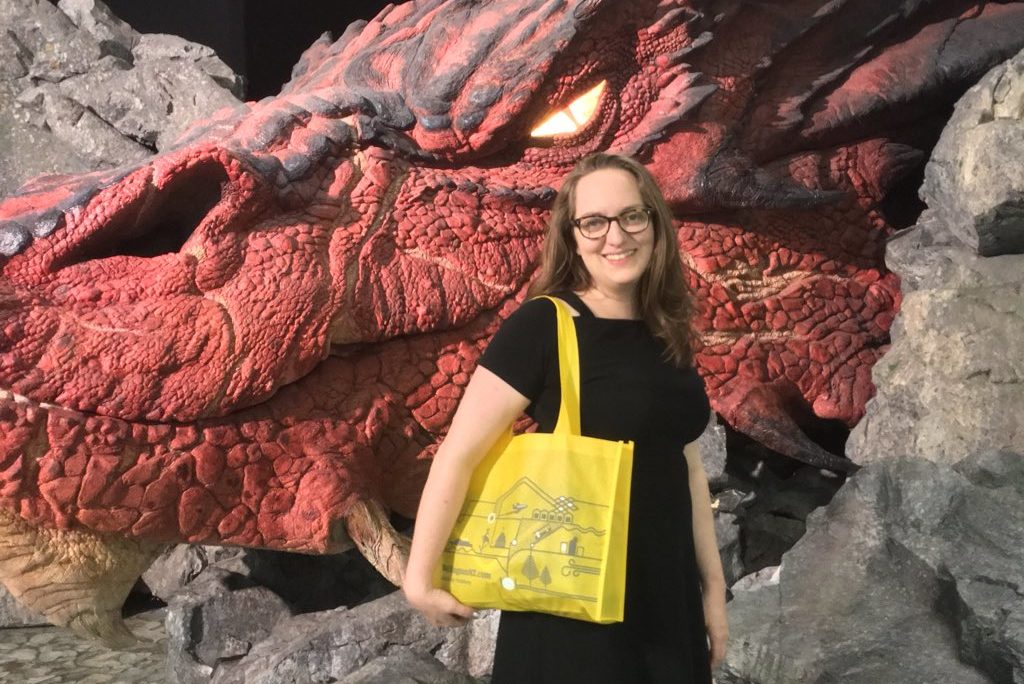 The U.S. Embassy was proud to support Jessica Manins, CEO of Blackeye VR, in bringing U.S. transmedia producer, Caitlin Burns to keynote at the Future Realities VR/AR conference in Auckland and Wellington as part of New Zealand’s first nationwide Tech week. During her time in New Zealand, Caitlin met with some of New Zealand’s leading Virtual Reality (VR), Augmented Reality (AR), and Artificial Intelligence (AI) producers; met with, and gave advice to, many startup Founders; gave workshops to teach and inspire the new generation of innovators; and gave talks to entrepreneurs at innovation hubs and startup business incubators.

The Future Realities conferences and workshops showcased the latest in emerging technologies in the mixed reality spaces (AR, VR, AI). The speakers included the leading industry experts and visionaries, entrepreneurs and researchers working in mixed reality, AI and the Internet of Things’, including U.S. speakers Neal Stephenson (Science Fiction Author and Futurist) and Caitlin Burns. There were also mixed reality demonstrations giving the attendees the chance to experience and and have a glimpse into the future and how it may change the way we live, work and play.

Caitlin’s keynote theme at the Future Realities conferences was how to immerse your (business) audience.  During her talk, Ms Burns mentioned the importance for business owners to know their audience and the benefits the business product or service gives that audience – treating this as a subject of study for the business when creating the business plan.  Caitlin also stressed the need of creating new technologies and content (stories) that are socially responsible with positive benefits for the human race.

While in Wellington, Caitlin gave a Startup Garage talk at Creative HQ (startup incubator) in the morning to 50 of Wellington’s entrepreneurs. Then in the afternoon she met with Te Papa‘s (Museum of New Zealand) and Mahuki’s (Te Pap’s innovation Hub) digital teams, including a meeting with the Chief Digital Officer at Te Papa, Melissa Firth.

In Auckland, Caitlin had a tour of ATEED‘s AR VR Garage –  a collaborative R&D facility, designed to grow talent, capabilities and innovation in the creative mixed realities tech sector. While there Ms Burns met with some of the startup residents including StaplesVR and DotDot. Then in the afternoon, Caitlin had a demonstration of Mark Sager’s Soul Machines – a business that conducts research in emotional AI, 3D avatars, & neural network models.

“How can I be of help to you?”  – this was a common question Caitlin asked everyone she met during her week in New Zealand.  Even though it was a busy week of talks, workshops and meeting with some of New Zealand’s thought leaders in the mixed realities space, by the end of it Caitlin had made, and helped, many new professional and personal connections to continue collaborations between the U.S. and New Zealand in the tech space.