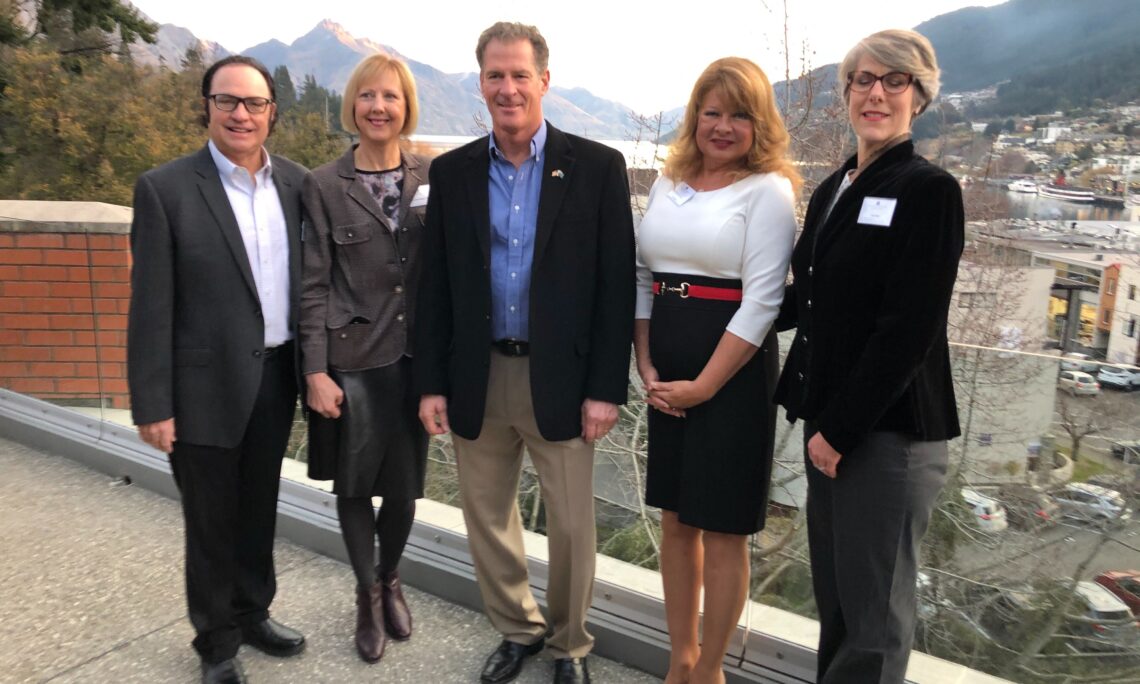 Ambassador Brown called on the Chamber of Commerce to be briefed on the business situation following the COVID outbreak.  The Ambassador suggested the KIWI Act could offer opportunities, once borders re-open, to re-orient the local economy towards innovation and entrepreneurship and away from over-reliance on certain tourism markets – to the benefit of both the U.S. and New Zealand.

Ambassador Brown also called on the interagency Kia Kaha welfare center, to thank the team for their advice and practical support provided to many stranded overseas workers and visitors, including Americans.

Other highlights of the trip included an interview to local paper Mountain Scene, a reception with non-partisan U.S.-based think-tank the Aspen Institute; and calls on Mayor Jim Boult, and the local Member of Parliament, Hamish Walker.