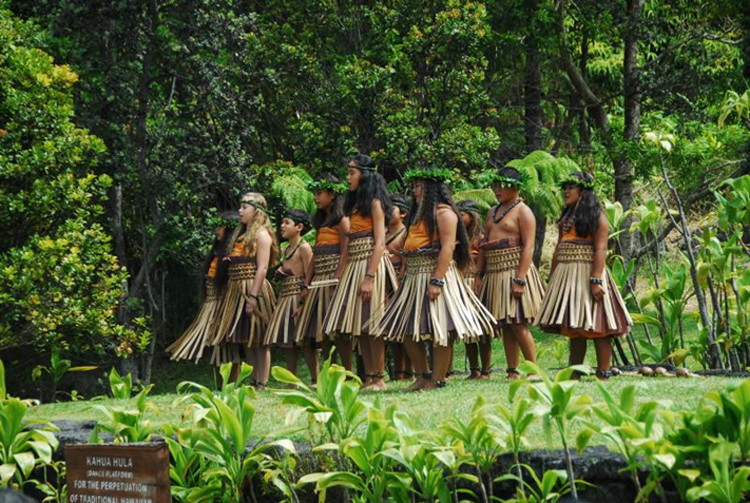 (Courtesy of the National Park Service and S. Geiger).

Over the next year, leading up to the National Park Service’s 100th anniversary, our virtual intern, Ryan Valencia, will be publishing blog posts on various U.S. National Parks. This time, Ryan takes us to the Hawaii Volcanoes National Park.

Travel to a Prehistoric Paradise, by Ryan Valencia.

Imagine a dense fog-filled jungle, full of exotic birds of every color singing from the tops of the trees. Now, imagine an almost-alien, barren landscape of charred ground, with the only light visible stemming from the cracks in the earth. These opposing environments can be found in none other than Hawaii Volcanoes National Park. Located on the Big Island of Hawaii, Hawaii Volcanoes was founded in 1916 and is celebrating its centennial this year. Hawaii Volcanoes is a spectacle of colors — from the bright red of the native ‘i’iwi bird to the green of the lush rain forests to the black of the calderas. Hawaii is an escape for millions each year for not only for its luxurious resorts and beaches, but also for the natural wonders its parks boast.

Though native terrestrial animals are limited to a single species of bat, visitors can find a wide array of fauna including colorful insects found nowhere else. Furthermore, the rare and endangered hawksbill sea turtle can be found on the shores of the park, though visitors should stay clear due to their sensitive populations. But of all the unique creatures that populate the park, the songbirds make Hawaii Volcanoes a must-see destination for wildlife. Though many introduced species of birds have invaded and overrun the islands, efforts by Hawaiians and conservation entities such as the National Park Service have helped maintain the presence of endangered native species such the ‘akepa, the Hawai’i creeper, and the nēnē, Hawaii’s native goose. Visitors are encouraged to bring along a pair of binoculars to experience birding in paradise.

Additionally, Hawaii Volcanoes offers one of the most unique experiences of any national park in the United States — seeing and touring a volcano. Two volcanoes of distinction are Mauna Loa and Kīlauea, which are still active to this day. These monuments of the Earth’s formation, provide visitors an opportunity to watch the dynamic evolutionary processes of the land right before their eyes. Rivers of lava await those who seek them.

For the explorers in all of us, there is much to see and do within Hawaii Volcanoes. To trek through the rain forests of the island, take the Halema’uma’u Trail for a beautiful day hike that will show visitors the remarkable biodiversity of the park. Another recommended walk is through the Thurston Lava Tube, where explorers can go on a 20 minute hike through a conduit formerly filled of flowing lava. A more adventurous way to see what the park has to offer is by way of bike. Bike routes exist for visitors to enjoy the many environments of the park from the rain forests to the craters.

Beyond the natural features of the park are the cultural sites of native Hawaiians that lie within its boundaries. Native Hawaiians have occupied the land since at least the 15th century. Remnants of this occupation can be found on petroglyphs located throughout the park, especially in Pu’u Loa, where visitors can see over 23,000 of these rock carvings up close.

Want to learn from the experts? Rangers from the National Park Service host programs throughout the year to teach visitors about the unique features of Hawaii Volcanoes. Topics can range from geology to wildlife to history. Young explorers can participate in the Junior Ranger program, which rewards them with their very own badge from the park.

Camping within the park is limited to two campgrounds: Nāmakanipaio and Kulanaokuaiki Campground. These campgrounds are located in the grassier, flora-filled areas of the park, allowing for visitors to drive-in. For those wanting to go off the beaten path, backpacking is allowed within the park with a permit that visitors can get as early as the day before their trip. Backpacking enables visitors to camp near the coasts of the Big Island. Backcountry camping could lead visitors to come across sea turtles on the beaches or less-visited petroglyphs. However, to help conserve and protect these invaluable treasures, visitors must do their part to not tamper with or camp in these areas.

A paradise lost in time, Hawaii Volcanoes is a testament to the powerful natural forces that formed the world around us.

Find out more about the Hawaii Volcanoes National Park.