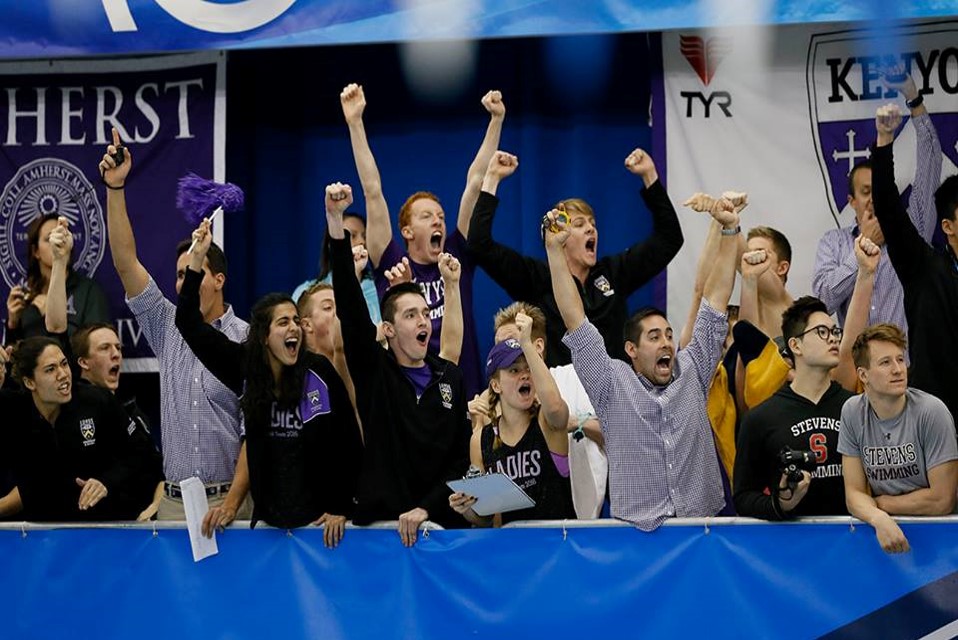 This week marks the 19th annual International Education Week (IEW), a joint initiative between the U.S. Department of State and the U.S. Department of Education, which celebrates and promotes the benefits of international education and exchange programs worldwide. Initially created so that America could inspire its students to travel abroad, IEW now encourages and supports foreign students interested in making the leap to study in the United States. Today, IEW is celebrated in over 100 countries, including New Zealand.

Join us as we profile kiwi student experiences in America this week. Today we chat with Hannah Lobb…

What encouraged you to study abroad/study in America?

During my last few years of high school, I became the oldest member of my club team once my teammates started heading off to university. I felt like I wasn’t ready to quit swimming at that stage, but I was also keen on moving away from home and going to university. I had heard about the college athletics system in the U.S. and was attracted to the idea of becoming a student-athlete, where I could study towards an undergraduate degree and continue swimming at the same time.

I was really lucky that my club coach was able to put me in contact with the coach at Kenyon College, where I ended up applying. Kenyon initially looked like a very strange school to me, as it was smaller than my high school, with only 1600 students, and is situated on a hilltop in rural Ohio. I got along really well with the coach though and was very excited about their athletic facilities, so I decided to give it a go.

What was the application and admissions process like for a U.S. University?

The admissions process was very different to applying to universities in New Zealand, where you just send in your NCEA National Student Number and are accepted on your results.

In order to apply to universities in the U.S., you have to sit the SAT, which is very different to any tests we have here, and in most cases you have to write admissions essays as well. The essays are very different from anything we do in high school, so they take some time to figure out. The international office and my coaches were able to help me along the way, to make sure I had all the right forms and visas before I headed off to Ohio.

Describe your school/program socially and academically. How does it differ from your studies in New Zealand?

Socially, in high school I considered swimming an individual sport. This all changed once I moved to America. We would sit down at the beginning of each season, and decide on the type of team that we wanted to be. We would set goals and figure out the steps we needed to take in order to achieve those goals. This was a big change for me and I loved it. My team was incredibly close, as we swam together, ate together in the dining hall after practice, and often lived with our teammates too. At meets we started every session with a team cheer and then followed this up along the side of the pool while each of our team members was racing.

Academically, Kenyon was very different to the American universities you see in movies. It is a small liberal arts college, which means it only has undergraduate students. This meant my classes were really small, sometimes only 8 students, and that I got to know my professors really well. But it also meant that there were no huge football games or frat parties like we are used to seeing in movies.

What is it like being an international student-athlete on campus in United States?

At the university I went to, being a student-athlete was appreciated and encouraged. My professors were always interested in how I was swimming and would come and watch our meets. One of my professors even recorded the classes that I missed while at nationals one year, so that I could catch up on the material when I got back to campus.

I really appreciated the encouragement that I received both in the pool and in the classroom. There was an expectation that we would give all our effort to being both a student and an athlete, but we were also given a lot of support to make sure that we had the best chance of performing.

What has been your biggest highlight of your student-athlete experience in the U.S.?

My team and the traditions that had developed within our team over history, was one of the best parts of being a student-athlete.

What advice can you offer to any students hoping to study abroad or go on exchange in the future?

Think about your own goals and the type of experience that is most important to you, and then talk with coaches, admissions advisors and current students to find the university that best suits you.

Do you have any advice for aspiring NZ student-athletes?