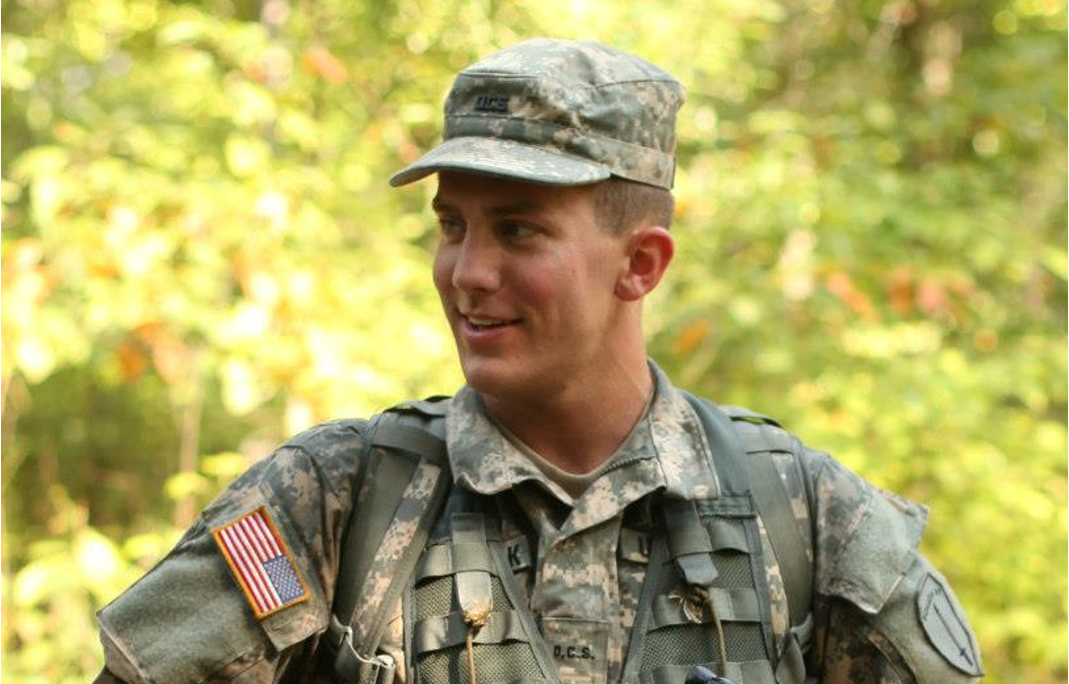 Hunter Fitzpatrick is an American student undertaking research for a Masters in Psychology at Massey University for 2018. . Photo credit: Hunter.

This week marks the 18th annual International Education Week (IEW), a joint initiative between the U.S. Department of State and the U.S. Department of Education, which celebrates and promotes the benefits of international education and exchange programs worldwide. Initially created so that America could inspire its students to travel abroad, IEW now encourages and supports foreign students interested in making the leap to study in the United States. Today, IEW is celebrated in over 100 countries, including New Zealand.

Join us as we profile student experiences this week. Today we chat with Hunter Fitzpatrick.

Hunter Fitzpatrick is an American student undertaking research for a Masters in Psychology at Massey University for 2018.  He holds a Masters in Criminology and Criminal Justice from the University of South Carolina and was awarded the rank of 2nd lieutenant as an Infantry Officer for the U.S. Army.

Why did you decide to study in New Zealand / at Massey?

After wrapping up a master’s in criminology and criminal justice at the University of South Carolina (go ‘Cocks), I talked to many different folks about advice moving forward, including my GI Bill advisor, who told me these credits are good for any accredited school in the world.

Originally I was not aware of that, but it immediately changed my outlook on things. I love home, and am a born and bred American, but you get offered a chance like that, you don’t let it slip.

I just wanted to get as far out as possible if I’m going to be gone, but as Americans have enough of a (justified) reputation for expecting other cultures and people to accommodate our language and expectations, and I didn’t want to contribute to that, I looked for English speaking countries.

It came down to Australia or New Zealand, so I put my nerd glasses on real high and tight, made a spreadsheet and everything, with columns for name of school, name of program, all the way to the weather on the day in that area, and made my contacts. Massey ended up as the best fit, so that’s the school I went with in the end. In the end, it just seemed like NZ was a better fit.

What are the biggest challenges you have had to overcome studying in New Zealand?

a) It’s difficult juggling work and school since students can only work 20 hours per week and Auckland has high costs of living, especially for international students.
b) There are many good programs, but it was difficult to find the right one.
c) On a personal level, I’m also uncomfortable being this far from home. I’ve lived out of the house since graduating high school, but this is the first time I’ve lived somewhere that I don’t have the ace up my sleeve of packing up my truck, and driving home. I am forced to rely on an inherently tenuous international flight network to see my family.

How would your program differ from study in the USA?

As I’m only in my second semester here, I don’t feel as though I have a perfect image, however other than many classes being year-long instead of one semester, many are quite similar to home.

A group of us meet in the same room every Friday of the semester and the professor leads a discussion of the material for the week. We video conference with another group in Palmerston North, which is very interesting. There is work on assignments and study outside of class, as education has been conducted for the entirety of human existence. I love that class; it’s exactly what I was hoping for coming here.

Some classes are in the “block” format, which is majority online. Since some students have careers and families that must come first, they cannot flex their schedule for a school. These classes only meet for one week during the semester every weekday from 9am-5pm, somewhat similar to a fulltime job, to try to communicate several months’ worth in that time.

Often there is a deluge of information which restricts actual dialogue, occasionally block courses will go back-to-back and by the time a student is done with the first, they can hardly take a breath before the next one is on. This leads to some issues with information retention due to an information overload.

The rest of the semester is conducted entirely over the “Stream” service, which is similar to Blackboard, though with its quirks. Some of the professors are on campus so I can go talk with them, but the others are on campuses that are located in different areas of the country, so digital communication is a must. There is less contact with professors which I would like for study at a post-graduate level.

Sometimes however, information is lost in transit; it is quite difficult to make sure everything goes smoothly throughout an academic year. The professors are often accommodating and understand issues which go on, however often their hands are tied by administration.

What is it like being an international student on campus? What are the biggest hurdles to overcome?

There is an orientation week for international students before the regular orientation week, it had some great information and unique experiences including a hongi ceremony. Some content was good to know for folks who may not have traveled or studied much previously, but it covered all bases. The biggest hurdle to overcome for me was the separation from family, but in today’s age of technology, that is ameliorated.

Figuring out a new system of employment was a little tricky. The main difficulty is navigating local administration, as every place has its quirks. Otherwise, being international doesn’t really provide much of a hurdle for me to be honest.

What are your plans post-graduation? Has your time in NZ affected your career?

I intend to use my last semester of GI bill benefits and possibly learn how to fly a helicopter, and then work for a year or so more in New Zealand, but ultimately I intend to move back to the States and start up a long-term career.

As for my time here affecting my career, my goal is to work in an advisory position, having international experience is always a first step. I’ve also found a life-long partner, so I’m not entirely sure where the future leads.

Tell us about any interesting cultural tidbits that you noticed in your university, what are the biggest cultural differences between Auckland and the USA?

My most interesting cultural experience was the hongi at Massey orientation. It was something I’ll remember forever, as I was put outside my comfort zone. It was uncomfortable at first, being so close to a complete stranger’s face.

The Kiwi folks here seem to be more educated and active on environmentalism, recycling is commonplace and community supported and houses come with water catchers, etc.

Social justice and Maori culture seems to be displayed and supported leaps and bounds past what I am used to with Native American culture. New Zealand’s criminal justice system is much more rehabilitative, and physical activity is common place – but I chalk it up to being little easier to have outdoor adventures in paradise.

One of the most defining moments for me was leaving the States right in the midst the Dakota Access Pipeline and responses to the protestors. At the same time, I’m reading about the Whanganui River being made a legal person, complete with assigned guardians, to try to make up for past mistakes and abuses, and prevent future ones.

How has your military experience influenced your university study?

It has certainly made me a more mature man. It also brought about confidence, attention to detail, patience, resiliency and fortitude of moral, physical, academic senses. I believe there are so few areas it didn’t affect, it would be faster to list those. Part of that development came from naturally growing up, but the experience I had is irreplaceable without my military experience. Particularly with my role as an infantry officer, being in charge of the lives and wellbeing of 30-40 other men and women, some older and more experienced, and directing and coordinating strategy that may result in life or death on either side can never compare to going in for a chat with a professor, presenting in front of a group or sitting a job interview.

Do you have any parting thoughts or advice to give to prospective students?

Do your homework before making any big decision, in or out of academia.

But, at the end of it all, you still have to go through with your decision. Taking the leap is hard.