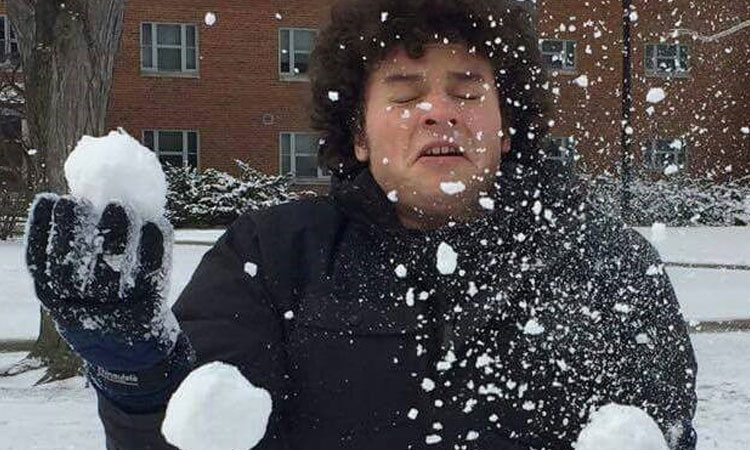 This week marks the 17th Annual International Education Week (IEW), a joint initiative between the U.S. Department of State and the U.S. Department of Education, which celebrates and promotes the benefits of international education and exchange programs worldwide. Initially created so that America could inspire its students to travel abroad, IEW now encourages and supports foreign students interested in making the leap to study in the United States. Today, IEW is celebrated in over 100 countries, including New Zealand.

Join us as we profile kiwi student experiences in America each day this week. Today we chat with Teague McKenna Harvey.

Why did you decide to study in the U.S.?

Initially, I didn’t even know about Oberlin.

I just knew that I wanted to study in the United States, for a couple of reasons. Mainly, I had almost no idea what I wanted to major in, and I figured it would be easier to explore academically in the American system than in the New Zealand system.

I’m also a duel citizen of both the US and NZ – but I’ve lived most of my life in NZ, so I’ve felt a little disconnected from the rest of my extended family (who all live in the States).

It also helped that my older brother had already gone off to study in the US, so I knew it could be done!

The first step was to find schools to apply to.

I did this in the worst way possible: by applying to far too many schools that I wasn’t really interested in, most of them Ivy League schools (that, of course, I didn’t get into). I found out about Oberlin through its music program – at the time, I was much more into jazz sax, so I was considering a music performance major (but in retrospect, I didn’t want to major in music at all).

Anyway, I applied to the Oberlin Conservatory, and saw that it was very easy to apply to both the Conservatory and the College at the same time – so I figured I had nothing to lose.

Fast forward a few months, and I have three schools to pick from: including Oberlin. I was also on a few waitlists, but I knew I couldn’t count on those.

The short answer for “Why Oberlin?” that I typically jokingly give people is “because they gave me the most money”. While that was a serious factor, there was a lot more about Oberlin that was appealing to me. I liked the small faculty to student ratio, I liked that it seemed to have good science for a liberal arts school, I liked that they had a student circus – I found and prolifically read the Oberlin Blogs, and basically found a whole bunch of things to like about it.

Even so, Oberlin wasn’t my ‘first choice’. But looking back on it, I’m really glad that I ended up here, and I really think that I’m happier here than I might have been at my original first choice.

Sometimes, it’s great to not get your first choice.

What is it like at a liberal arts university?

Oberlin is a ‘liberal arts’ school. According to Wikipedia, “A liberal arts college aims to impart a broad general knowledge and develop general intellectual capacities”.

Before I came to Oberlin, I didn’t really know what all that meant. It sounded to me like a lot of big words and good intentions, but I had my own doubts on its execution.

I think the idea of a ‘broad, liberal arts’ education is very distinctly different from what the New Zealand education system has in mind. Now, I’m not at a University in NZ so I can’t be sure, but in my last year of high school I was just taking Math and Science classes – of my own volition, but I was also encouraged to focus that way.

Meanwhile, at Oberlin, I literally have to diversify a little in order to graduate.

Because I personally had no exposure to even the idea of a liberal arts school, let me try and briefly summarise what that actually means in terms of my graduation requirements (lifted directly from Oberlin’s website).

To graduate, I need:

In the month of January, between the Fall Semester and Spring Semester, we are free to pursue any learning that we’d like.

Typically, Obies (Oberlin students) take this opportunity to do crazy stuff that they normally wouldn’t be able to do at Oberlin.

For example, last winter term I went to SANCA, a circus school in Seattle, and studied Circus Arts for a whole month (here’s a link to my blog about it).

This winter term, it’s looking like I’ll get to travel with a group of Obies to Guadalajara for a month of intensive Spanish language study and cultural immersion (I don’t know a lick of Spanish…).

We’re also required to take ‘two full courses in each of the three divisions of the college, Arts and Humanities, Mathematics and Natural Sciences, and Social Sciences, with courses in two different departments or programs within each division’.

For example, I already have my Humanities courses requirements done with an English course I took last semester, and a Philosophy course last fall.

This is where things get a little more interesting.

What does that mean? (This was definitely the most confusing requirement to me at first)

According to Oberlin, courses that get a CD designation are:

I’ll admit, this so far has been the hardest requirement for me to fill – science classes don’t typically have a CD credit, and the classes that do just aren’t quite as appealing to me.

But then on the flip side of that is the QFR requirement – where we need two classes designated ‘QFR’.

This requirement is exactly what it sounds like – mathy, sciencey type classes.

I think I fulfilled this requirement my very first semester…

Oberlin students also have to get two classes with either a Writing-Intensive or Writing-Advanced designation.

These classes are basically any classes where you have to write essays.

So it’s nothing too crazy, right?

I honestly wasn’t initially sold on the idea of being ‘forced’ to take classes, but after a year of it, I quite enjoy being pushed out of my comfort zone.

Don’t knock the value of a liberal arts education until you’ve tried it.

Getting Involved on Campus

Those served as a great springboard for getting involved on campus – Now, I’m a regular in the Swing & Blues dancing scene; I’m the Treasurer and regular performer in OCircus, Oberlin’s Circus community (we put on a show once a semester and one for Commencement); I’m the Co-Captain and Treasurer of Tumbling Club (Gymnastics, Parkour, Tricking, any type of Tumbling); I teach the Juggling Exco.

I also joined the climbing team my first semester, which leads trips to Red River Gorge Kentucky over every Fall and Spring break (I’ve gone on those trips this past Fall break and last Spring break)

I could talk about any of these things for yonks, so instead let me leave you with a few pictures with little-to-no context instead:

Applying to US Colleges

You definitely don’t want to leave it until *later*.

I don’t recall ever feeling too rushed by any of the deadlines (my parents made sure that I started early on everything), but I do remember trouble with the SAT. Basically, there were only a few opportunities a year to take it, and I got pneumonia on one of those weekends I had registered to do it.

It’s pretty ridiculous circumstances, but it meant that I could only take the SAT once before applying – by being sick that one weekend, I missed my opportunity to take it again and possibly improve my score before the deadline.

I also got pretty sick of writing those essays, on top of all the work I was doing in my last year of high school. I’m just far enough removed from that time (it was a while ago) to not really remember how much work I put into it, but I bet I could have made my life easier by limiting the number of schools I applied to and not stressing as much.

I do remember though that Oberlin reached out to me really specifically during this process. Basically, an admissions advisor emailed me with questions about the NCEA system, since he had never encountered it before. It was a really welcome break from the clear impersonality of email correspondences I had with other schools, and definitely left a mark on me.

To summarise: It’s a lot of work, but I would say it’s definitely worth it.

Yeah nah, I don’t even know what I’m doing next weekend, must less in three years. Who knows? If you had asked me a year ago where I was going to be after a year of college, I never would have guessed ‘Computer Science Major, Tricker, Circus Performer, Dancer…’ etc. I could become a professional stuntman, or go to a circus school, or get recruited by Google… Or, all of those could fail and I could live with my parents for a few years. I have absolutely no idea. And I love it.

Don’t lose your accent! Introduce Americans to Rugby! Gently remind them that NZ is not in Australia!

In all seriousness, if you’re considering it, just go for it.

I knew a few people in high school who were interested but we’re too scared: by the price, by the distance from home, or just by the sheer enormity of a challenge that the application process provides.

I know that I’ve had an easier job of it than others, due to my dual citizenship and connection to America – but you can still work around that.

I seriously can’t even imagine what my life would be like if I wasn’t at Oberlin. Sure, it’s not always so easy – but it’s all been so worth it.

I wouldn’t change a thing.

(I would also encourage you if you want to read more of my story, to go check out my blogs on the Oberlin Blogs website)