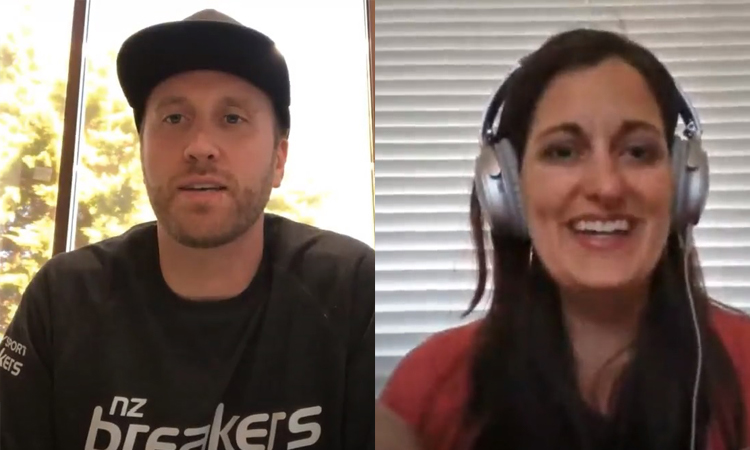 The Auckland Youth Council members recently had the privilege of chatting with the owner of the NZ Breakers basketball team, Matt Walsh, and lecturer of sport management at Unitec, Dr Katherine Bruffy. The Youth Council talked with the guests about some contemporary issues in sport, both in New Zealand and in the United States.

Matt Walsh is a former professional basketball player who has played for many basketball teams across the world, most notably for the Miami Heat where he played with NBA stars such as Shaquille O’Neal and Dwyane Wade. After travelling for so much of his career, he decided to settle down in New Zealand and buy the NZ Breakers team.

The Youth Council put forward a range of questions to the speakers around issues in contemporary sports. We started with questions around the commercialisation of sport in America and compared that to New Zealand. The speakers described the New Zealand sports scene as more grassroots and community organised. The American sports scene, by contrast, was much more extensive and gave a greater degree of opportunities to students who wished to peruse careers in sport.

In light of recent global developments, we then talked about the importance of racial issues within sport. Matt and Katherine both identified that sporting institutions play an important role in speaking out on issues of racial inequality, not just in America but also in New Zealand.

Finally, the Youth Council asked questions about how sport is evolving. In particular, we asked about whether the social media age favoured sports such as basketball and ultimate fighting over traditional sports like cricket and rugby. The guests confirmed the Youth Council’s theory and suggested that while more conventional sports still dominate, our generation’s children may be playing very different sports from what we are used to.

Views of guest bloggers may or may not represent the views of the U.S. government. The links contained herein are for informational purposes only and do not necessarily reflect the views or endorsement of the U.S. Government or the U.S. Department of State.