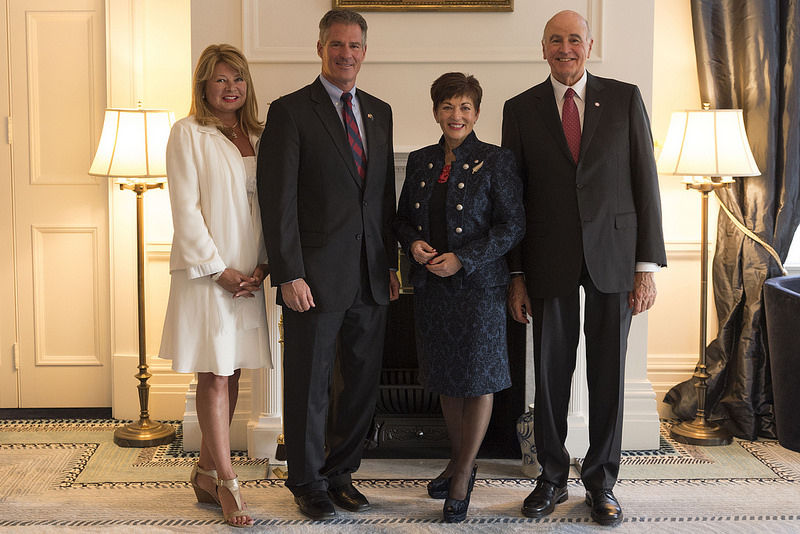 Kia Ora Aotearoa!  I am proud, humbled, and delighted to begin my service officially as the Ambassador of the United States to New Zealand.  My wife Gail and I were very moved by the warm welcome, the beautiful Maori pōwhiri, and the Royal New Zealand Air Force Guard of Honour salute we received at Government House today.  It was an honor to present the Letter of Credence from President Donald J. Trump to the Governor-General of New Zealand, Her Excellency the Right Honourable Dame Patsy Reddy, accrediting me as the United States Ambassador to New Zealand.

As I said to the Governor-General, I am glad to represent the United States at a time when the relationship between our nations is so strong and broad.  We share so much in common, and I look forward to working with the people of New Zealand to make the most of the opportunities our shared values, history, and respect for the rule of law and fairness provide.  My wife and I will never forget the Credentialing Ceremony yesterday, which to us showed the depth of the bicultural nature of New Zealand and friendliness of the people we’ve heard so much about.

It is an extraordinary privilege to serve my country in New Zealand. I look forward to getting to know you, and working out what we can do, together, to improve the quality of life for the people of the United States and New Zealand, and how we can partner to advance peace and prosperity throughout the Pacific and around the world.