Home Home / News & Events / Kiwis, Alexia and Jessica, are off to the Global Entrepreneurship Summit in India. 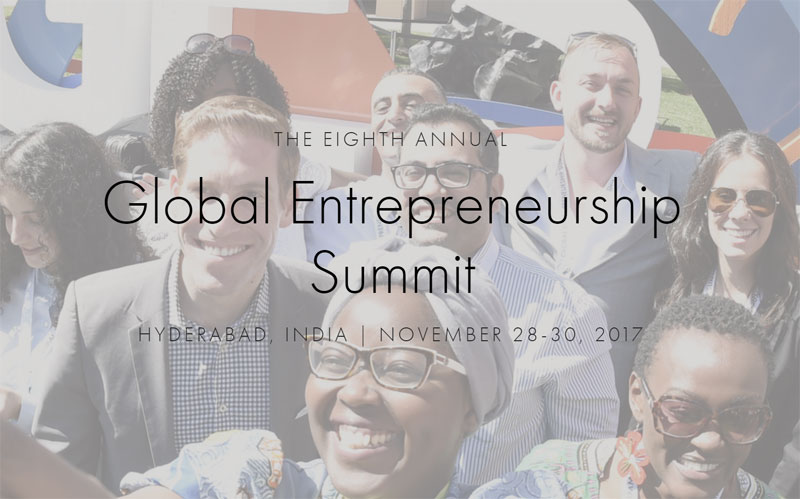 The Embassy is honored to send two of New Zealand’s leading entrepreneurs – Jessica Manins (ProjectR Director) and Alexia Hilbertidou (Founder of GirlBoss) – to the 2017 Global Entrepreneurship Summit in India later this month.

The United States of America and the Republic of India are proud to announce the eighth annual Global Entrepreneurship Summit (GES) in Hyderabad, India on 28-30 November, 2017. This year’s Summit will highlight the theme Women First, Prosperity for All, and will focus on supporting women entrepreneurs and fostering economic growth globally. Advisor to the President, Ivanka Trump, will headline the United States delegation to the Summit.

Before they fly off to India, let’s find out a little bit more about Jessica and Alexia…

Through her advocacy work, Alexia has spoken to over 20,000 young people, teachers, and business professionals about the importance of embracing STEM fields, fostering Social Entrepreneurship, and improving digital capabilities. Just returned from a mission with NASA, Alexia’s own mission is to get women to the table – the boardroom table that is, and she believes the decisions made while young are crucial in paving the way.

Alexia led a gender-diversity research project with the New Zealand Treasury, was named a Top 5 New Zealand Young Leader by the Ministry of Youth Development, was named a Top 30 Global Teen Leader, a Local Hero at the 2017 New Zealander of the Year Awards, was named New Zealand’s Eisenhower Youth Fellow, and received the title of the most influential woman under the age of 25 at the 2016 Westpac Women of Influence Awards. She has recently been employed as the youngest columnist for Stuff.co.nz which reaches 2 million readers.

Jessica Manins is the co-founder of ProjectR, a center for virtual, augmented and mixed reality (VR/AR/MR) and helped establish the New Zealand VR/AR Association. Through her work in the VR space, Jessica worked with the Ministry of Business, Innovation and Employment (MBIE) to produce a paper on the economic benefits of virtual and augmented reality as it applies to businesses in New Zealand.

Jessica is also the co-creator of Future Realities Conference, a sold conference across New Zealand that looks at the intersection of transformative technology including Artificial Intelligence, Augmented reality and the Internet of Things. The Embassy was proud to support Jessica’s Future Reality conference in 2016 by bringing U.S. transmedia producer, Caitlin Burns, to New Zealand as a keynote speaker at the conference.

GES is the preeminent annual entrepreneurship gathering that convenes emerging entrepreneurs, investors and supporters from around the world. GES 2017 will create an environment that empowers innovators, particularly women, to take their ideas to the next level. Through two and a half days of networking, mentoring, and workshops, GES empowers entrepreneurs to pitch their ideas, build partnerships, secure funding, innovate, and find their target customers — creating new goods and services that will transform societies.