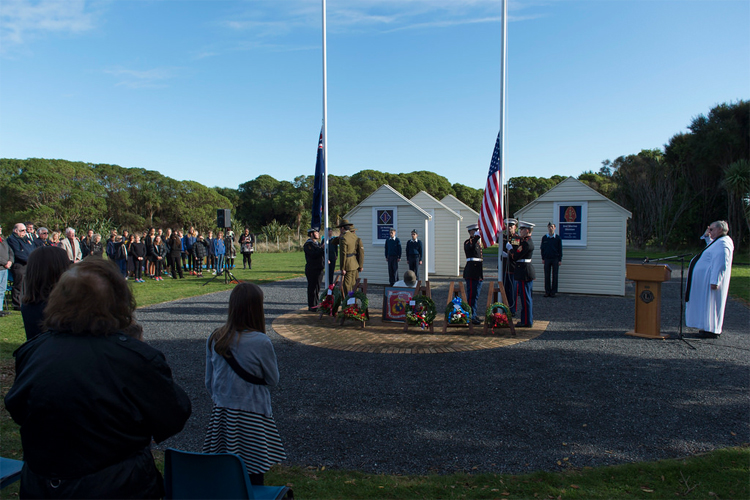 U.S. Ambassador Gilbert, Nancy Gilbert and the U.S. Consul General attended the 68th annual U.S. Memorial Day commemoration service at the Auckland War Memorial Museum on Sunday, May 29. The Ambassador laid a wreath and accepted on behalf of the Embassy a United States flag folded by U.S. veterans. Attendance at the event numbered around 100 – veterans and their families, local dignitaries such as Mayor Brown and several MPs, as well as representatives of the New Zealand Defence Force, and members of the public.

The service will conclude by 1.00pm. You are invited to stay on for refreshments.