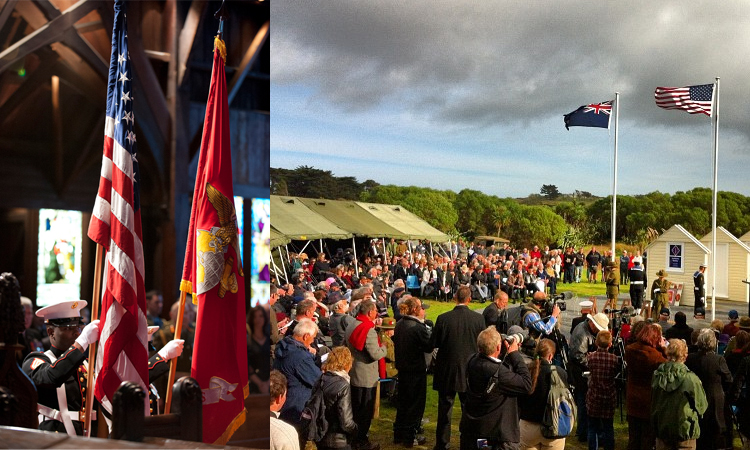 Memorial Weekend 2016 (May 28-30) promises a heritage weekend with a difference for those who want to re-live the days from 1942-44 when U.S.Marines out-numbered locals in parts of Kapiti by 15-1.

This is a great opportunity for those who lived through these times, their friends, children and grandchildren to visit the Kapiti Coast to enjoy:

Memorial Day commemorates nearly half a million U.S. service men and women who lost their lives in World War II and acknowledges the strong bond between Kapiti people and the Marines during this time.

This 74th Anniversary of the “friendly invasion” of U.S.Armed Services during World War II   will focus on the enduring heritage, relics and infrastructure of the period.

Join our celebrations and find out more about our Huts Restoration Project in Queen Elizabeth Park and the new Marines Heritage Walk in Whareroa Farm.

About the Trust:
The Kapiti U.S. Marines Trust (KUSMT) is registered with the Charities Commission (CC46035) and was established in 2009 by the former Mayor of Kapiti, Jenny Rowan. The Trust represents a number of local, regional and national groups with an interest in the collection, conservation, exhibition, and promotion of Marines’ History – particularly in camps Paekakariki, Mackay and Russell, in southern Kapiti, New Zealand.

The service will conclude by 1.00pm. You are invited to stay on for refreshments.