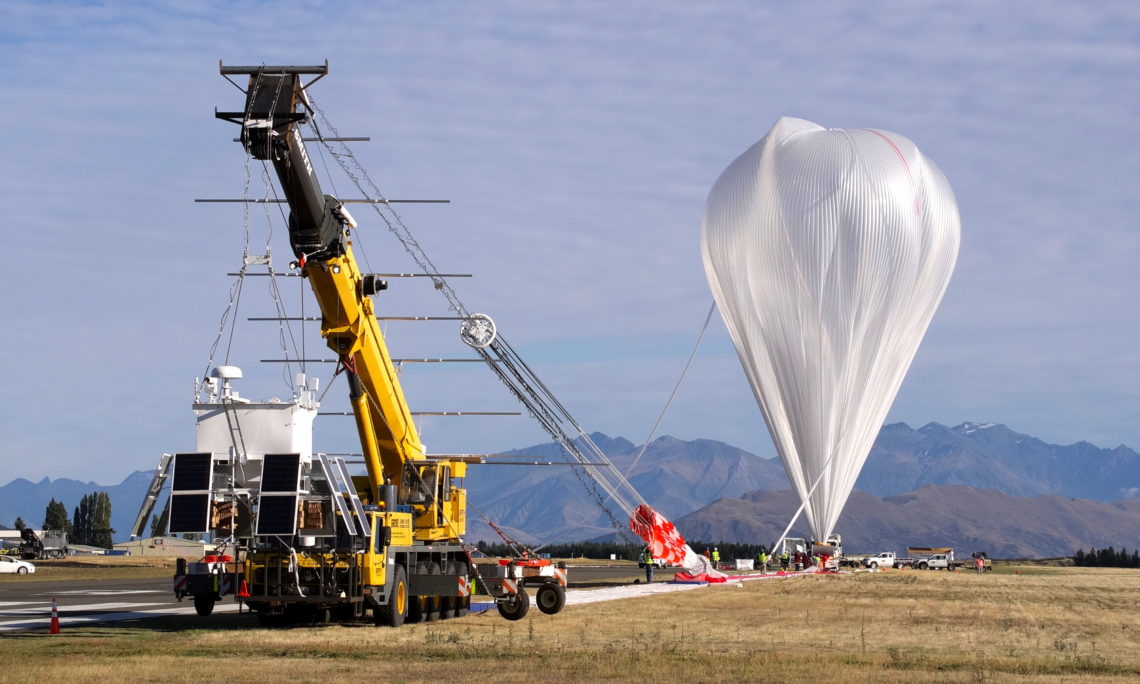 While the launch window for NASA’s next Super Pressure Balloon launch from Wanaka, New Zealand, opens March 25, there are a number of factors that need to align prior to making an actual launch attempt.

Operationally, all the balloon systems—power, communications, telemetry, etc.—need to be checked out and tested. Today, as seen in the accompanying video, the team completed a test integrating the balloon to the recovery parachute. Later this week, the team will conduct a hang test of the integrated payload/gondola—literally suspending the payload from the launch vehicle—to ensure system compatibility prior to operations.

Administratively, NASA is working closely with the U.S. Department of State to secure overflight clearances from countries in the southern hemisphere that could potentially be in the balloon’s flight path. In addition, the team will have an “approval to proceed” meeting with senior managers later this week to ensure the flight readiness of the balloon.

Finally, there’s Mother Nature, who has an ever-present seat at the table when it comes to deciding when to attempt a launch. Managers assess weather conditions 13 hours before the beginning of initial launch preparations to determine whether or not conditions are conducive for launch. Winds need to be light and flowing in a reliable direction both at the surface and at 300 meters (1,000 feet). Since the balloon flight train is nearly 300 meters long, an inconsistent wind pattern could cause a shearing effect once the balloon is launched. Also, winds in the stratosphere at a pressure altitude of 7 millibars (about 110,000 feet or 33.5 km) are key to watch as that is where the balloon will fly once launched.

So, while NASA’s Balloon Team can confidently say the launch window will open March 25, the alignment of all these conditions (with Mother Nature issuing a final go for launch) may not occur at the beginning of the window. NASA will assess launch conditions daily and issue updates on whether or not a launch attempt is scheduled.

And, so begins an incredible exercise of patience and flexibility that is the hallmark of any NASA balloon launch campaign.