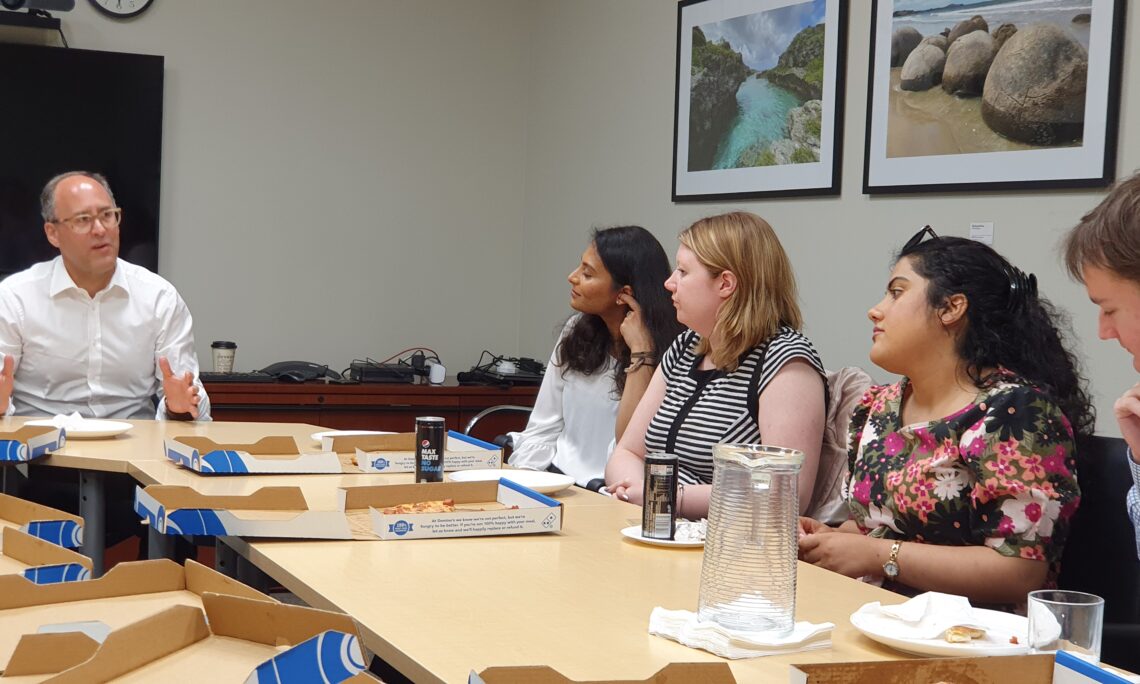 At the beginning of November, the Auckland Youth Council was fortunate enough to hear from Nicholas Snyder about the upcoming election and US-NZ relations over some tasty kai.

Before joining the U.S. Embassy in Wellington, Nicholas Snyder was the Special Advisor for East Asia, Southeast Asia, and the Pacific at the Office of the Vice President of the United States for almost two years. His experience in journalism and foreign policy are all part of an impressive repertoire that includes proficiency in four languages.

During the meeting, Mr Snyder gave an informative analysis into how the outcome of the Presidential election will impact different sectors – primarily what the United States’ relationship with the Pacific may look like following the election.

The results of the election have been widely discussed and are rife with uncertainty. Despite this ambiguity ahead, there was a sense of optimism on how relations in the Pacific have continued to improve to ensure security and mitigate rising tensions in Southeast Asia.

It is not often that one gets the chance to speak to a diplomat with the breadth of knowledge that Mr Snyder has. Thus, question-time gave the youth councillors a chance to delve into areas of particular interest. From misinformation and global issues of humanitarian interest, to the realities of his day to day life, the discussion covered almost every area of political concern for both New Zealand and the United States.

Youth Councillor Darren Young and Mr Snyder share a mutual passion for languages. Mr Snyder has spent many years in the Foreign Service around the world where he was exposed to a plethora of foreign languages. As someone who actively studies languages Darren said, “I think having a working knowledge of different languages is useful in understanding different cultures, as language is a ‘codified’ aspect of culture, especially if working with cultures outside one’s own,” he says. Mr Snyder reckons that this point is of particularly great importance working in foreign affairs.

It was also intriguing to hear how flexible one must be in foreign affair roles, as a politician’s schedule must adapt to changing demands. Every day looks slightly different and that is part of what makes diplomacy an exciting field in which to work.

As young leaders, we were left with a greater understanding of how foreign affairs works in practise and what the future may look like regardless of the outcome of the presidential election in the United States.