The U.S. Embassy was honored to host a screening of the movie Nomadland in Wellington to over 200 people. Nomadland is “a powerful example of what is magical about the U.S. – our diversity. That a director from China could come to the united States of America and not only thrive, but succeed beyond measure is a testament to the true love of our nation” – Public Affairs Counselor, Leslie Núñez Goodman.

Opening remarks ahead of the screening of Nomadland:

It is my extreme honor to welcome you to U.S. Mission New Zealand’s screening of this year’s Academy Award winner for Best Motion Picture, Nomadland.

I would like to pass on the apologies of Chargé d’affaires, Kevin Covert. The postponement of this event due to COVID level changes meant he couldn’t be here tonight. He was looking forward to joining you, but he passes on his well wishes and hopes to host you at another event.

I would also like to take this opportunity to acknowledge Dean of the Diplomatic Corps HE Leasi Scanlan, Ambassadors, High Commissioners, colleagues from the Diplomatic Corps, New Zealand Government and film industry representatives, media, friends, and whānau.

Tonight we not only celebrate this remarkable film, but we also applaud its director, Chloe Zhao, only the second woman to win the Oscar for Best Director and the first woman of color.

Now, you many wonder why I would choose to have us screen this film.  A film that is essentially about camper-vanning, a subject Kiwi’s need absolutely no education on.

This is a film that takes an honest look at a changing America – the rise of our so-called “gig economy,” some of its resulting challenges, and those who leverage it for a new kind of nomadic lifestyle that allows them to see the incredible beauty of our country, but who also at times mourn for what was.

Keep in mind while you are watching, there are only two actual actors in this film, and the rest are real Nomads playing themselves – people who have chosen to give up our social safety nets to create a new kind of American dream.  A dream made not of a house with a yard and a white picket fence, but a white van, breathtaking national parks, and the open road.

And so “why Nomadland?”

First, because the film is a powerful example of what is magical about the United States – our diversity.  That a director from China could come to the U.S. and not only thrive, but succeed beyond measure is a testament to the true heart of our nation.

But that is not to say that we do not acknowledge our imperfections.

As President Biden said, great nations don’t ignore their most painful moments.  Great nations don’t walk away.  We come to terms with the mistakes we made.  And in remembering those moments, we begin to heal and grow stronger.

So we stand before you – open books, warts and all – to show you an incredibly beautiful and an incredibly honest film about the United States.

As the U.S. Public Affairs Counselor I start every program, every media interview, understanding that you know all our flaws, all our imperfections, and I you won’t believe me when I say it – but I think that’s great!  It’s the price I will gladly pay a billion times over because of our shared belief in freedom of speech, freedom of voice, and freedom of art.  We want to encourage frank and honest conversations about our country and our relationships.

But there are too many places around the world where people do not enjoy those basic rights or ability to have these types of conversations.

On a personal note, before being given asylum in the U.S., my father spent years in a so-called re-education camp, a labor camp, forced to work cutting sugar cane because he dared speak out for democracy and freedom.  And it’s for him and my mother and others who still stuffer under authoritarianism and who cannot speak their truths that I do what I do and stand before you today.

And because I believe in the power of people like Chloe Zhao and in the power of the work we are doing here together in New Zealand, in the region, and in the world to face global challenges and stand up for human rights, equality, and decency.

For while we celebrate this movie and Chloe Zhao tonight – she was not celebrated in her native China.  All mentions of her wins on social media emanating from China were deleted by official censors because of comments she made in a 2013 interview calling China a place “where there are lies everywhere.”

It will take all of us working in tandem to champion truth, diversity, and inclusion.  As President Biden has reiterated in so many ways since the start of this Administration – it is about our partnerships, our friends, and the links between our people and community leaders.  Only together will we build better and stronger institutions that ensure a more equitable and free world.

During her acceptance speech at the Oscar’s, Zhao recited the first phrase from the Three Character Classic, which she translated into, “People at birth are inherently good.”

Photos from the evening 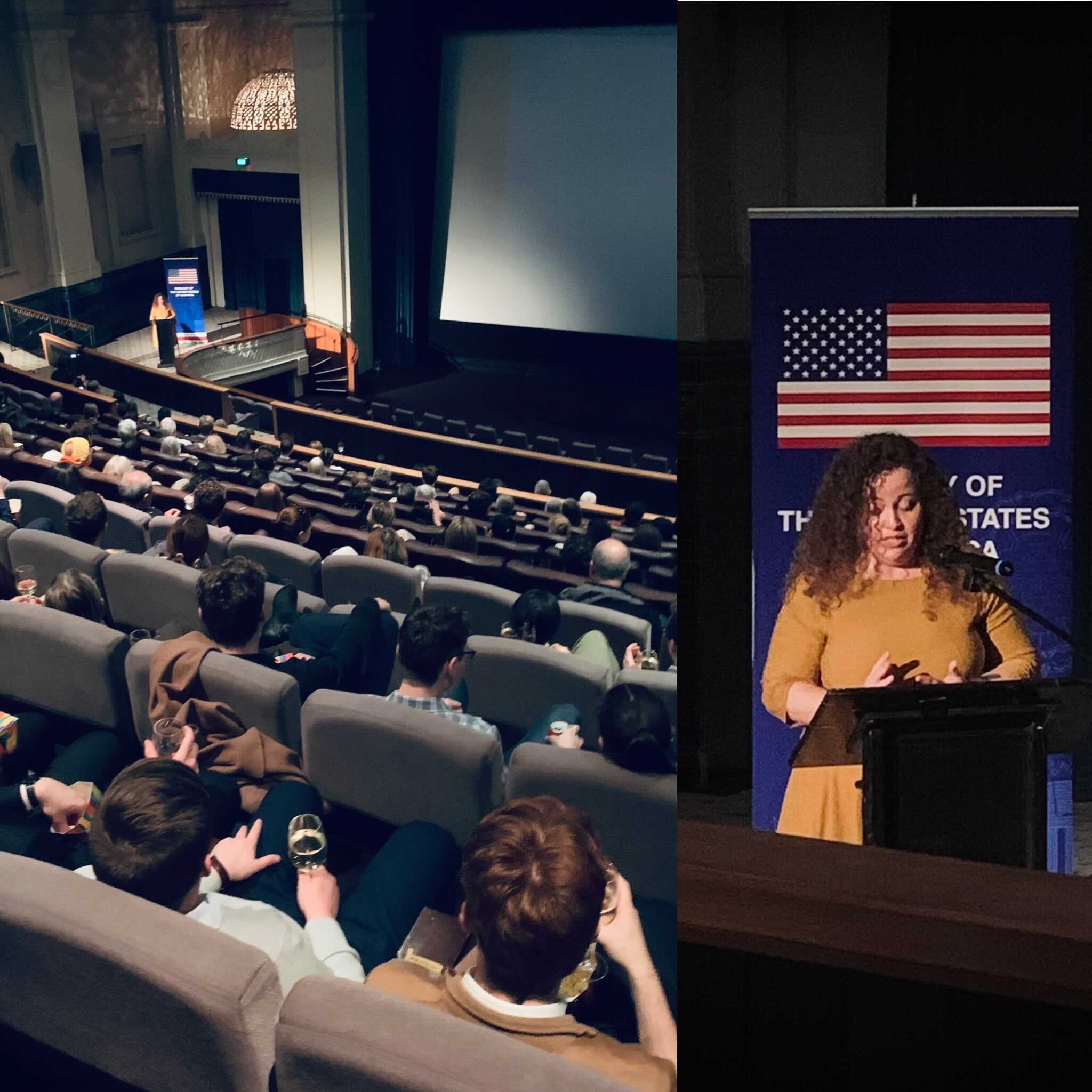 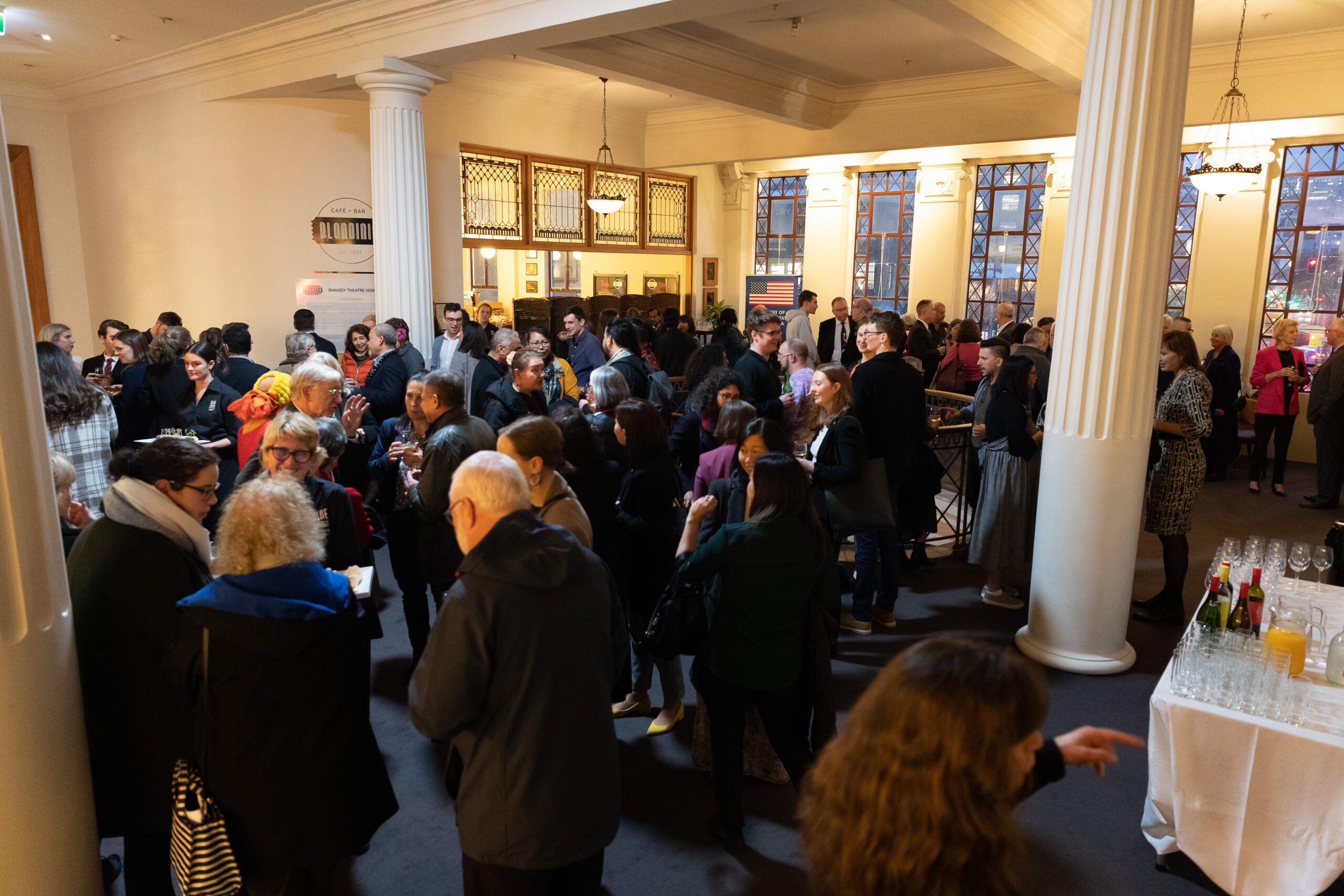 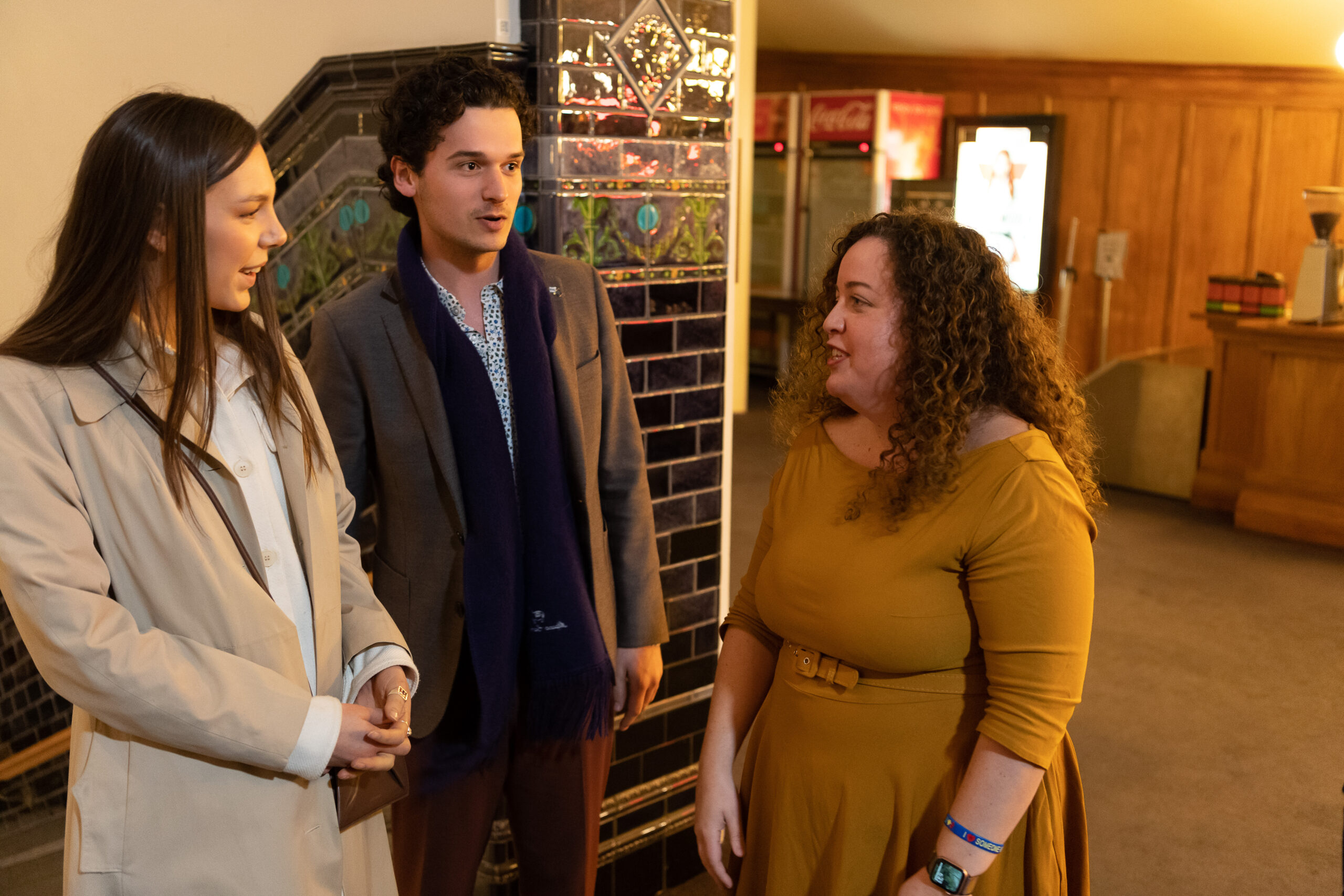 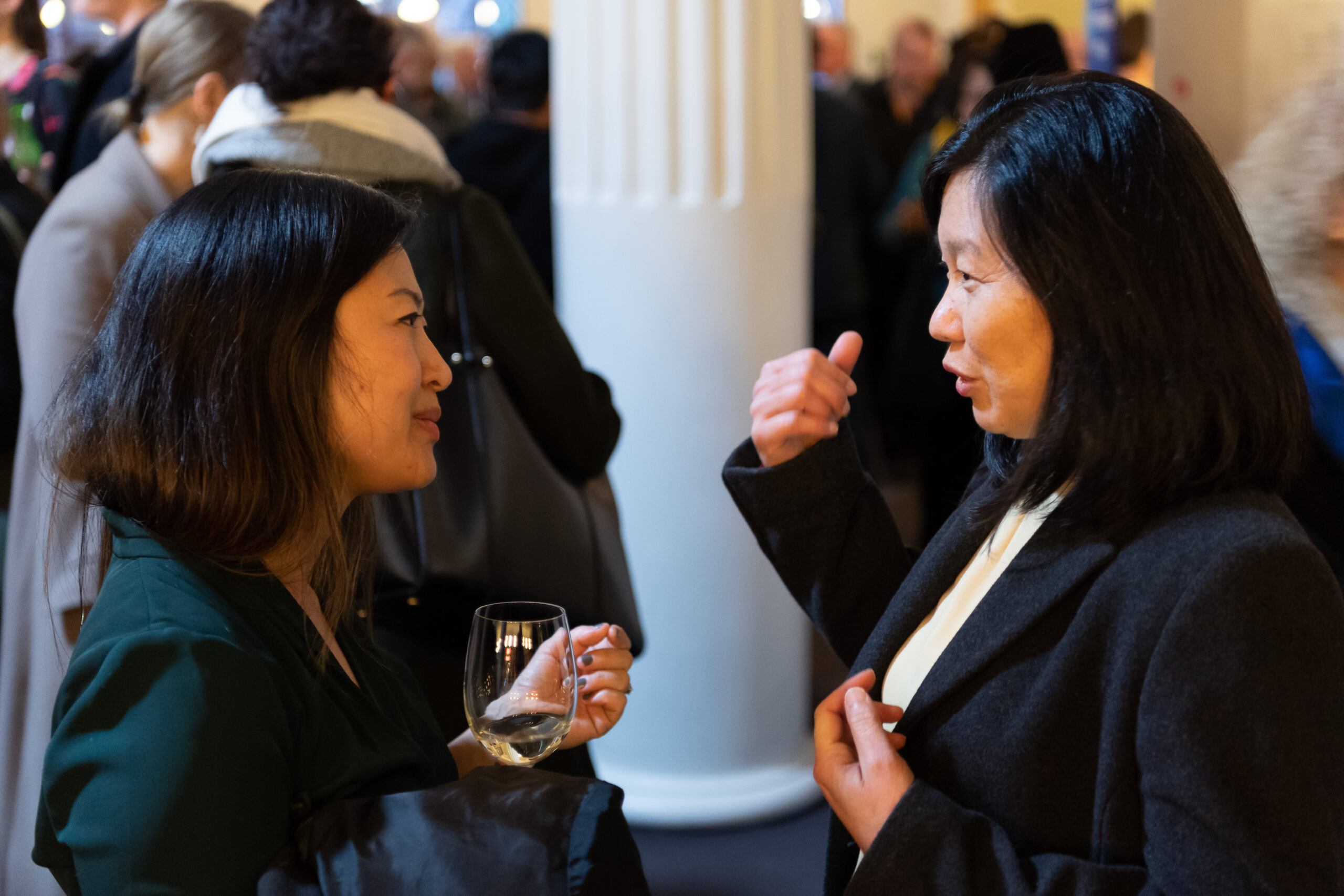 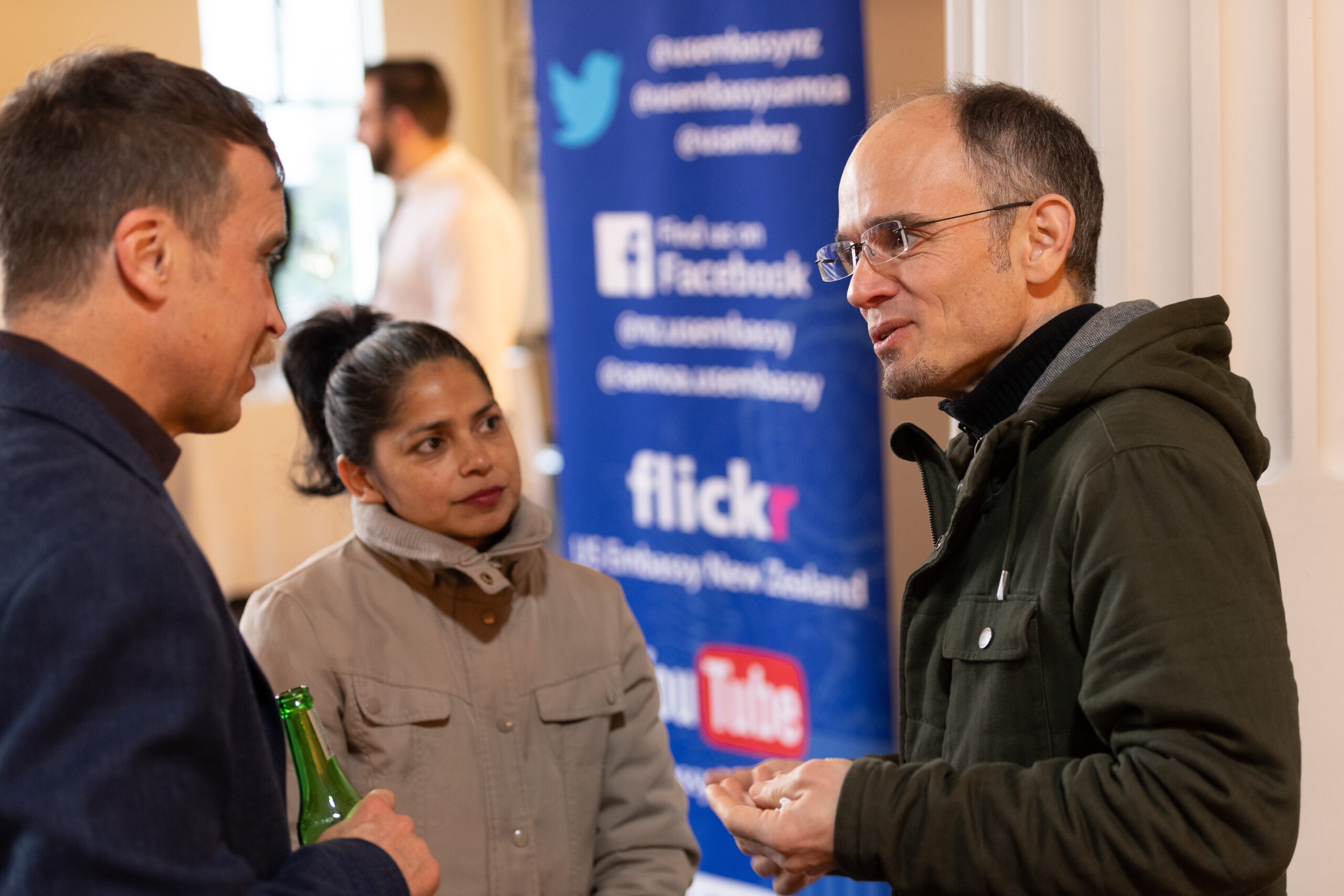 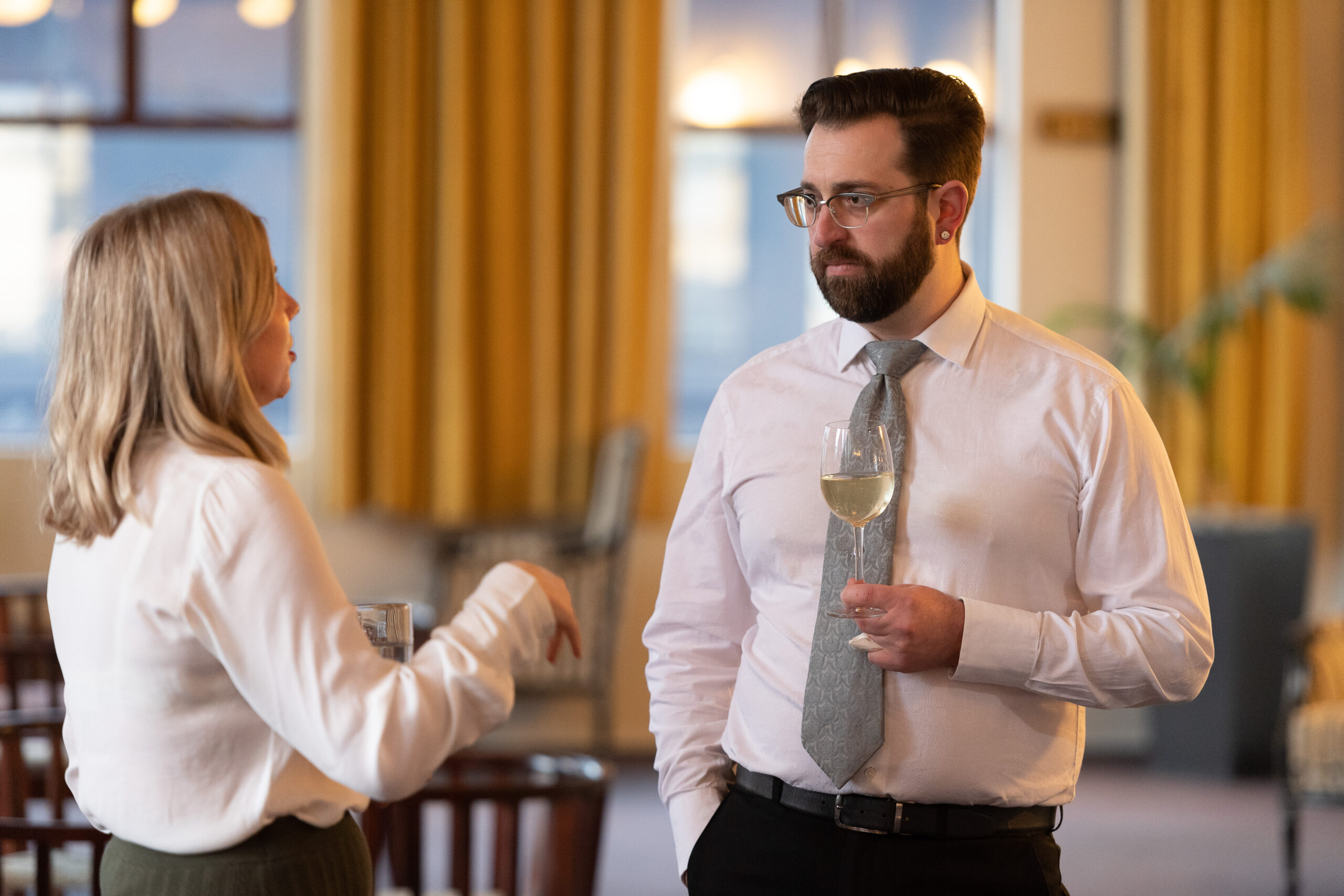 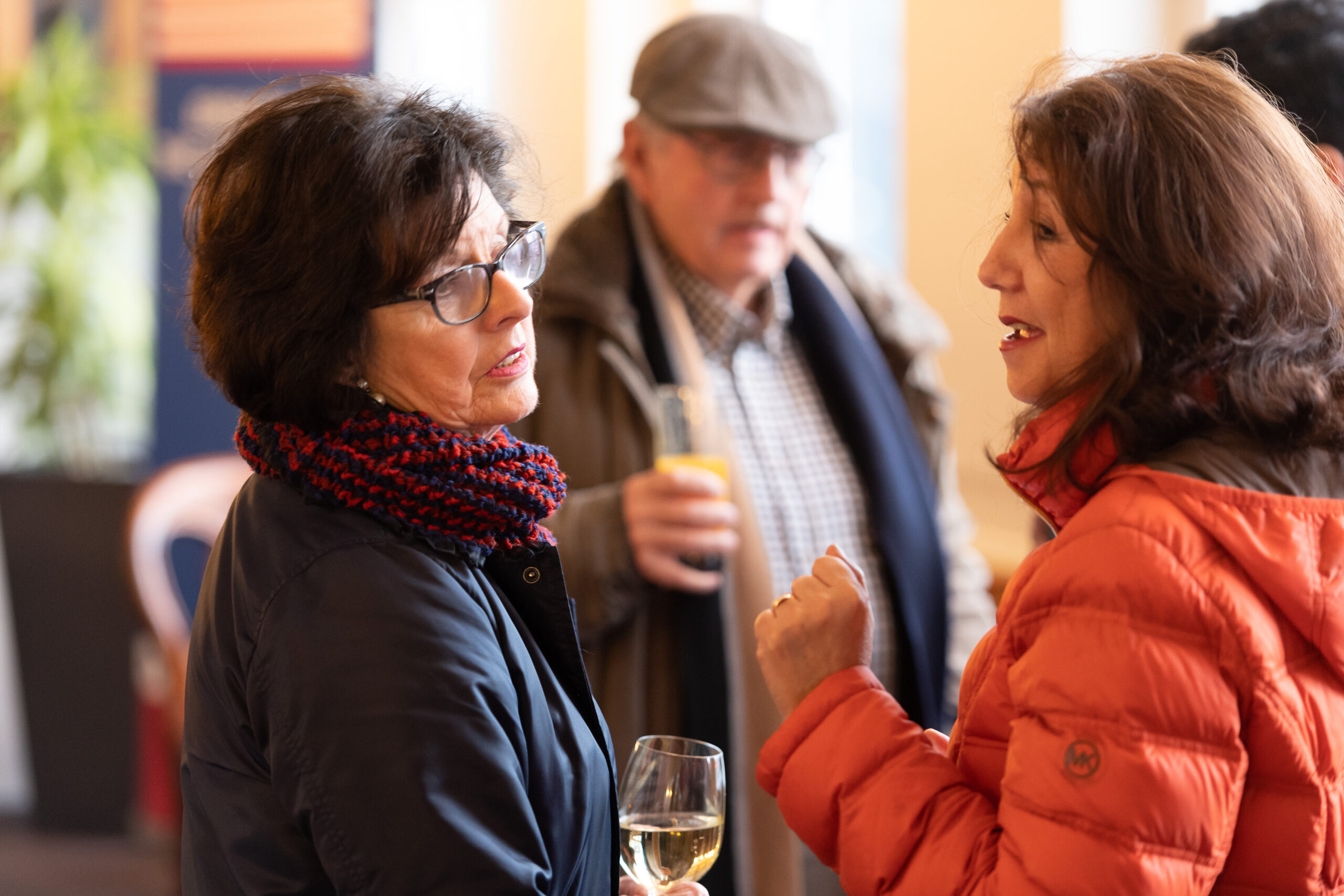 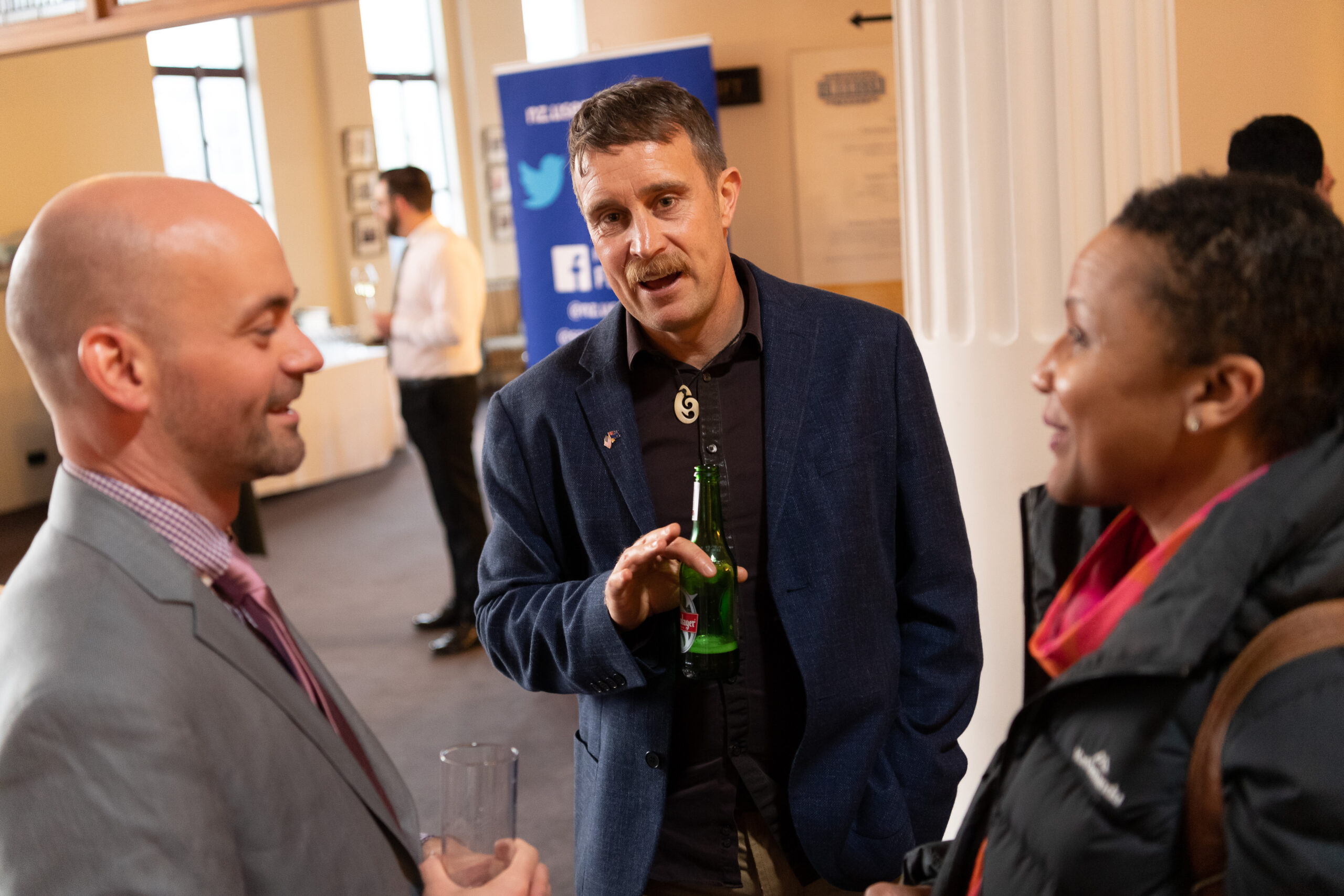 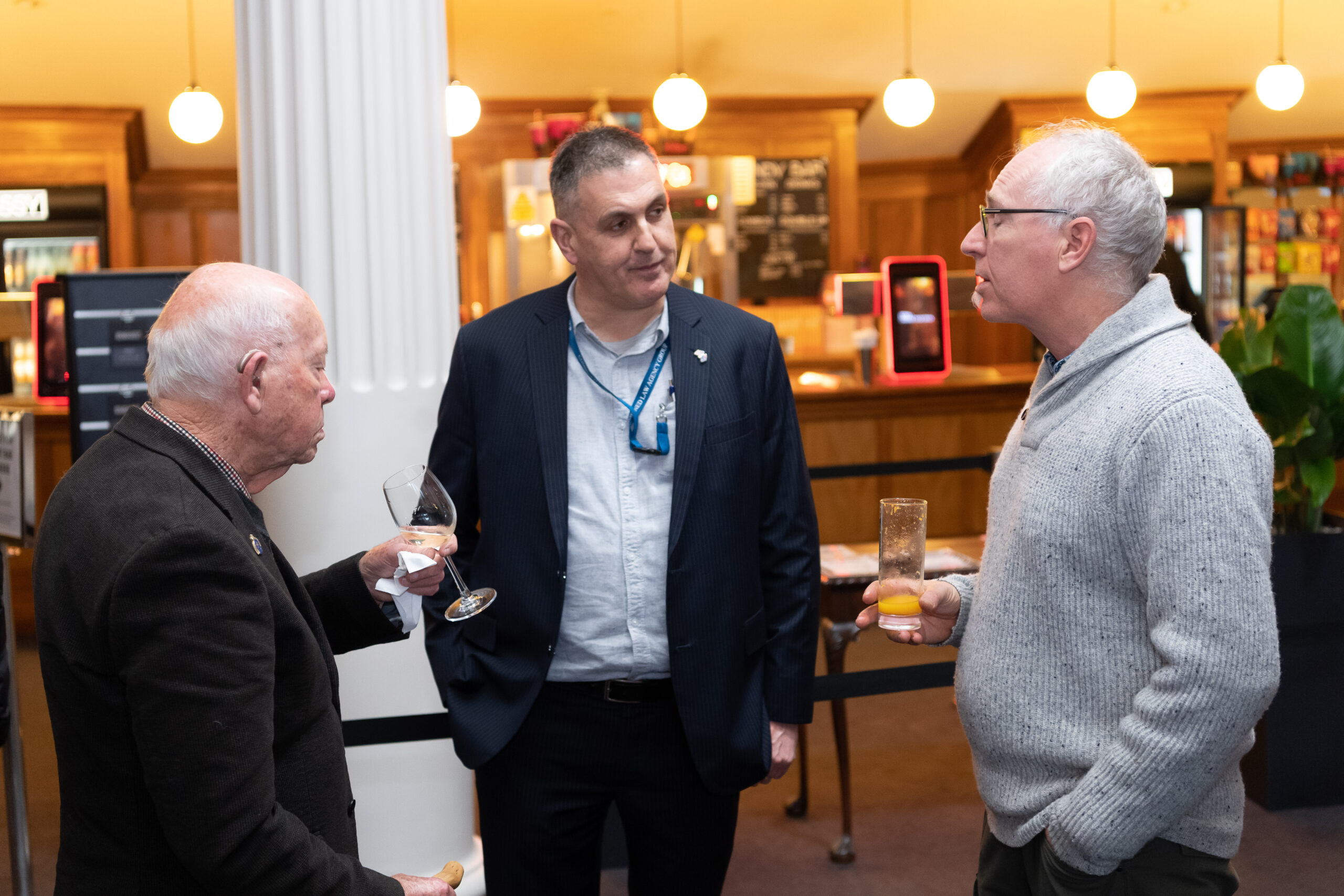 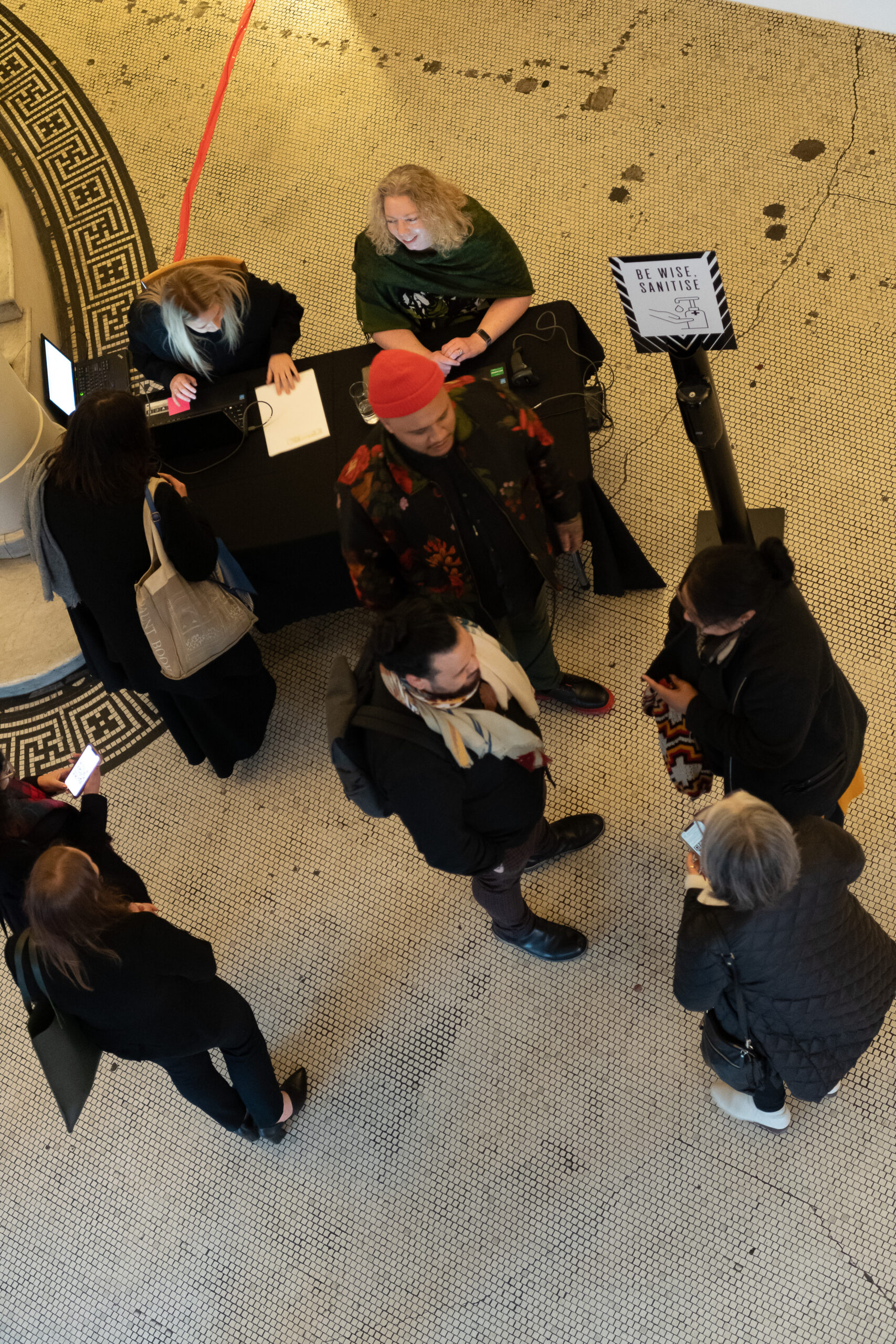 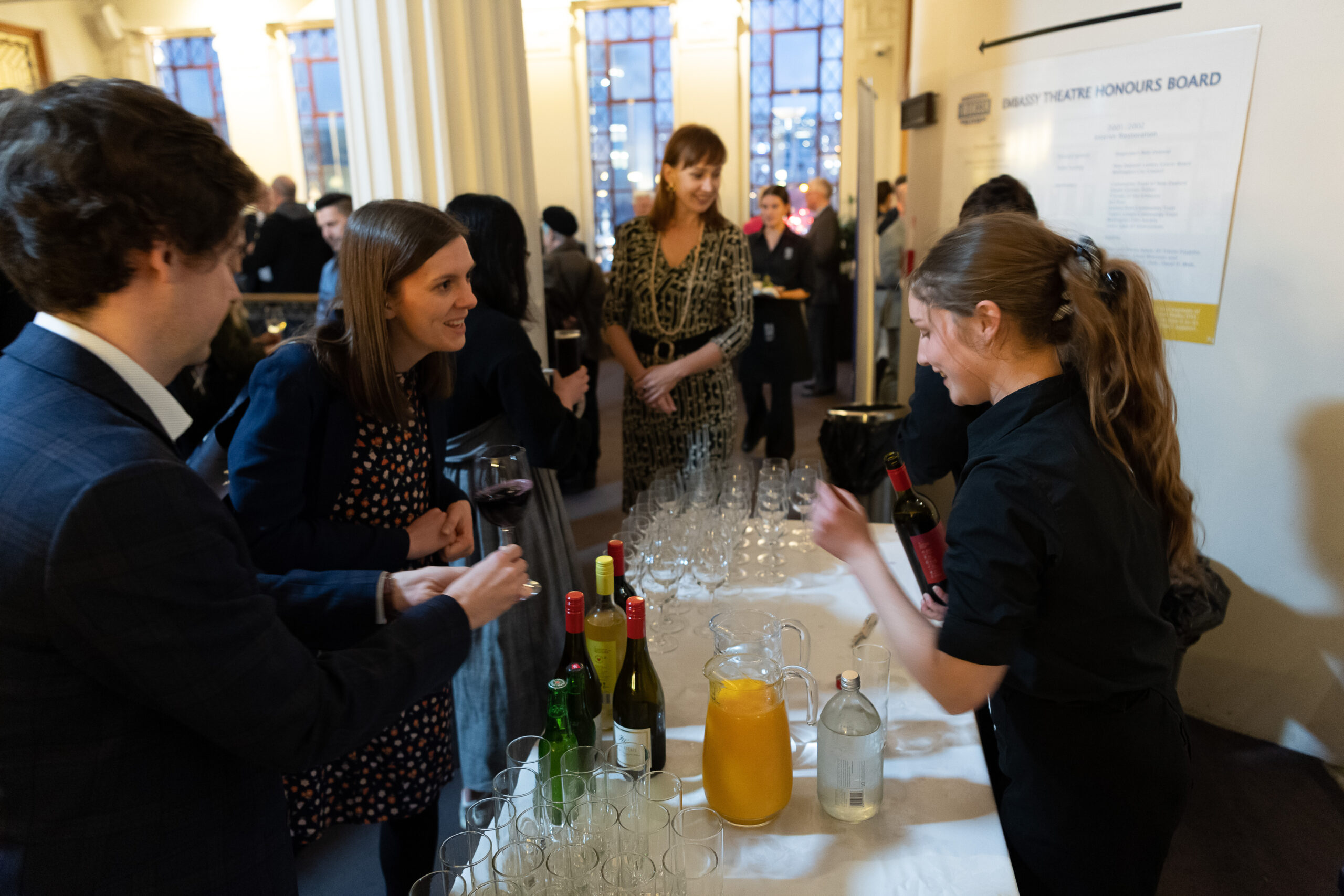 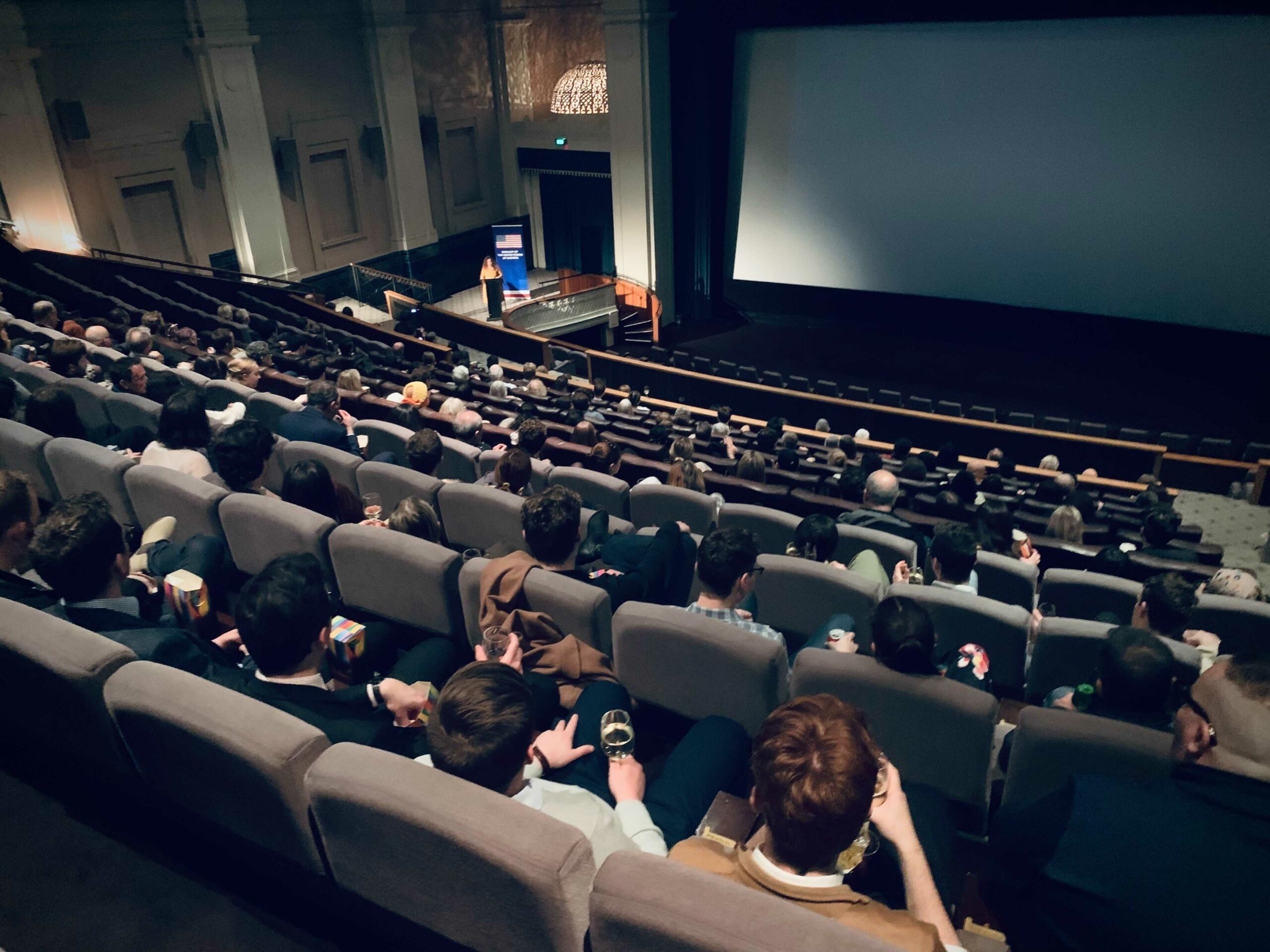