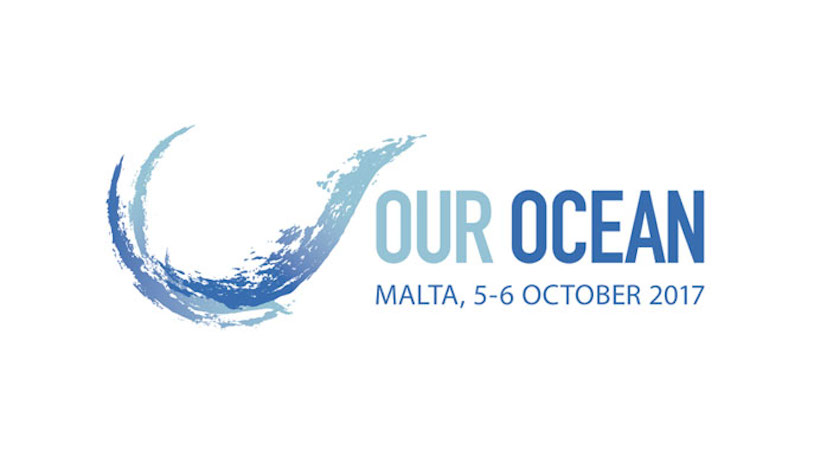 Over recent decades, our marine environments have undergone widespread deterioration. To turn this tide, the world must commit to sustainable action and invest in innovative solutions. Organised since 2014, the Our Ocean conferences are all about driving these commitments.

The 2017 edition of Our Ocean hosted by the European Union in Malta, generated an unprecedented level of ambition:

With 100 commitments from the corporate sector, the 2017 conference for the first time mobilised at scale the business community in ocean conservation. The EU’s 36 commitments alone amounted to over EUR 550 million, and together with its Member States and the European Investment Bank, the total EU pledge exceeded EUR 2.8 billion. Other countries, NGOs, foundations, research institutes and international organisations tabled nearly 300 commitments in a truly global show of determination to act. Altogether, almost doubling the amount pledged since 2014, substantially increasing the world’s marine protected areas and launching impactful action in all corners of our ocean.

All commitments made at the 2017 conference can be explored at OurOcean2017.org.

Commitments made by the United States at the 2017 conference, include:

The United States announced a contribution of up to EUR 418,000 (USD 500,000) to the New Plastics Economy Initiative’s Circular Design Challenge. A partnership among USAID, the Ellen MacArthur Foundation, and a coalition of private companies and foundations, the Challenge will identify solutions to advance the development of new packaging formats and alternative delivery models for plastics.

The United States announced up to EUR 7.6 million (USD 9.1 million) over four years for the establishment of a small grants portfolio on waste recycling that will focus on municipal waste management and recycling efforts in Indonesia, the Philippines, Sri Lanka, and Vietnam. The objective is to improve waste management practices and reduce the amount of marine-bound plastics. The program will also evaluate the effectiveness of promising grants and provide recommendations on how USAID may scale these efforts.

The United States announced a public-private partnership that has deployed a joint U.S.-EU public diplomacy and education exhibit on marine debris and plastics. A partnership with the EU, several U.S. Embassies, civil society, and multiple private sector organizations, the exhibit highlighted U.S. and EU leadership on ocean issues, including the Trash Free Seas Alliance. The exhibit traveled across the EU, from Copenhagen to Tallinn, Lisbon, and Valletta, and later Genoa, reaching hundreds of thousands of visitors as a flagship joint U.S.-EU diplomacy effort on marine debris. For more detail, see https://ourocean2017.org/campaigns/tackling-plastic-pollution-ocean.

The United States announced the designation of the He’eia National Estuarine Research Reserve, which is now protected for long-term research, water-quality monitoring, education, and coastal stewardship. This 1,385-acre reserve contains historic and cultural resources and encompasses upland forests and grasslands, wetlands, reefs, and seagrass beds, as well as the largest sheltered body of water in the Hawaiian Island chain. Established in January 2017, it is the only reserve among the 29 sites in the National Estuarine Research Reserve System that is located in the Hawaiian Islands.

The United States announced a partnership with the Walton Family Foundation, the David and Lucile Packard Foundation, and the Gordon and Betty Moore Foundation to jointly launch a Seafood Alliance for Legality and Traceability (SALT) with USAID awarding a EUR 4.4 million (USD 5.3 million) five-year cooperative agreement. This multi-stakeholder alliance of government, business, and civil society will facilitate knowledge exchange, innovation, and action to promote legal, sustainable fisheries by enhancing the ability to trace seafood supply chains. The Fisheries Agency of Japan announced its intent to participate in the SALT design process, bringing its leadership and expertise in fisheries management to this process.

The United States announced the fourth annual Fishackathon, a public-private partnership with HackerNest for a weekend coding contest to address sustainable fishery challenges. Hundreds of technologists and entrepreneurs around the world will spend February 10-11, 2018, competing to build practical tech solutions to endemic problems defined by fisheries experts. For more information, and to see the winning submissions after the event, visit Fishackathon.co.

The United States announced that, for 2017, it has allocated EUR 363,000 (USD 433,875) through the International Atomic Energy Agency’s Peaceful Uses Initiative to the Ocean Acidification International Coordination Center (OA-ICC) located at the Environment Laboratories in Monaco. Since 2010, the United States has allocated a total of more than EUR 2 million (USD 2.3 million) to the OA-ICC.

The United States announced that the National Oceanic and Atmospheric Administration (NOAA) will expand the Pier2Peer scientific mentorship program from the current 49 active pairs of scientists to 60 pairs by the 2018 Our Ocean conference, with a special emphasis on the Pacific Island nations. NOAA launched Pier2Peer in April 2016 as part of the Global Ocean Acidification Observing Network (GOA-ON). The program pairs early-career researchers with experienced scientists, creating international networking and collaboration opportunities and increasing global scientific capacity.