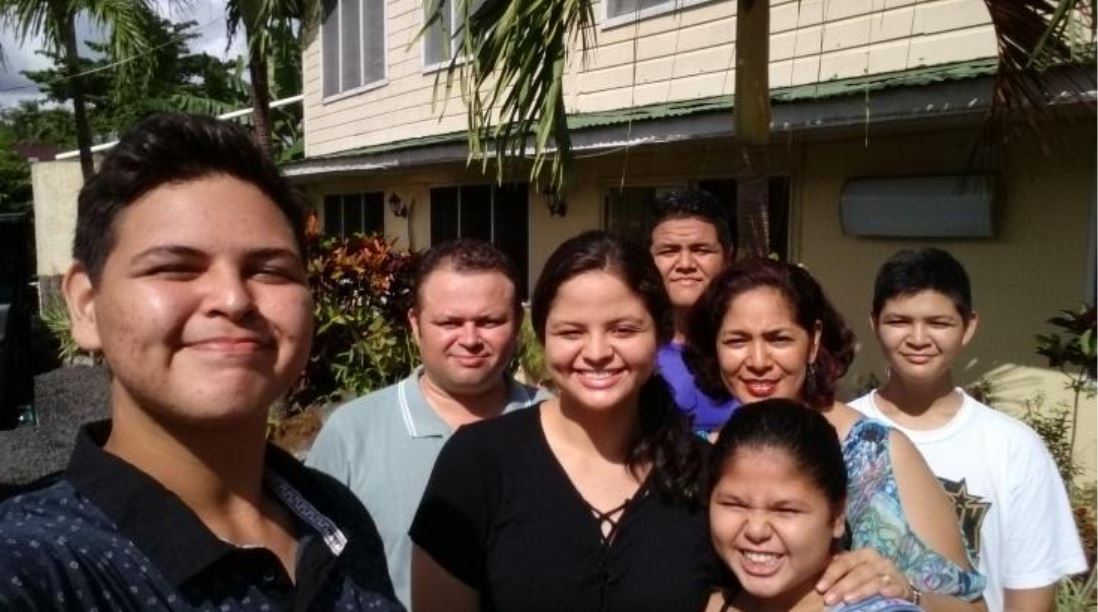 For the next blog in the Pacific Women Leaders series, I met with Verona Parker – Broadcaster, Beauty Queen, Mother.

When I sat down to interview Verona Parker she was still the General Manager of TV3 in Samoa.  It’s a job she loved. However, change came in July when it was time to leave the television stage to focus on the home front full time.

Verona was General Manager of TV3 for three years, taking the position when the station was on the brink of shuttering.  Now, with new owners, TV3 is doing well and Verona can feel proud about the legacy she left behind. Interestingly though, broadcasting isn’t a profession she ever thought she’d pursue.

“When I was a kid, I always wanted to be a doctor,” Verona says.  She goes on to explain that she thought she’d devote her life to healing.  Surprisingly, her whole world opened up after she participated in her local beauty pageant. Parker went on to win the 1996 competition.

From this win Verona went on to be the first Miss Samoa to be crowned Miss South Pacific.  It was a tremendous honor and she became an instant celebrity in Samoa.

“Beauty is interpreted as a good heart,” Verona tells me when explaining real beauty comes from within.

During the competition, Verona set a bold fashion trend when she appeared in the Traditional Wear Category adorned in a wedding dress designed from a finely woven mat ‘ietoga’ adorned with chicken feathers.  The dress was a winner with the judges along with her presentation in the swim wear, talent and interview categories.

I asked her how being in a beauty pageant related to her original dream of being a doctor. “At the time, beauty pageant was far from my mind as the aim was to achieve one of only 5 scholarships available for Samoan students to study Medicine in Fiji. However, God had other plans and placed a wonderful lady in my path that saw my potential and took a chance to sponsor me for the local pageant after attempting for 3 years to convince me” she laughs.

She added that a world of opportunities opened up when she made the decision to change the course of her journey with a passion.

Verona went on to travel her own country, the Pacific and countries of the world as Samoa’s ambassador promoting it as a travel destination, where she realised her knack for Sales & Marketing.

Her next decision to go into broadcasting was another opportunity that presented itself upon her return to Samoa with her family following studies in New Zealand. She maximised her strength in public speaking, authority in the Samoan and English language during her role as News Anchor.

“I feel there’s a huge responsibility to inform and television is the best medium to do, especially for my Samoan community, so – communication is crucial,” she says.

“When I was a child, we owned a black and white television. Most of the programs were from the United States.  One lady in particular kept popping up – Oprah. That’s why Oprah became my role model,” she laughs.

Verona would go on to host many local shows, among other broadcasting roles.   But after nearly two decades of working in television, Verona had decided it was time to open a new chapter in her life.  She says she may pursue a career in politics someday amongst other possibilities but right now she wants to spend as much time at home with her children and help lead them toward their goals in life as much as possible.

“I love my kids, and I’m grateful for a very supportive husband,” she says as she counts her blessings.“I was brought up by my grandmother.  I did men’s and women’s jobs in our household. There were no gender boundaries.

“I believe with God, you can do anything,” the beauty queen adds with a humble smile.