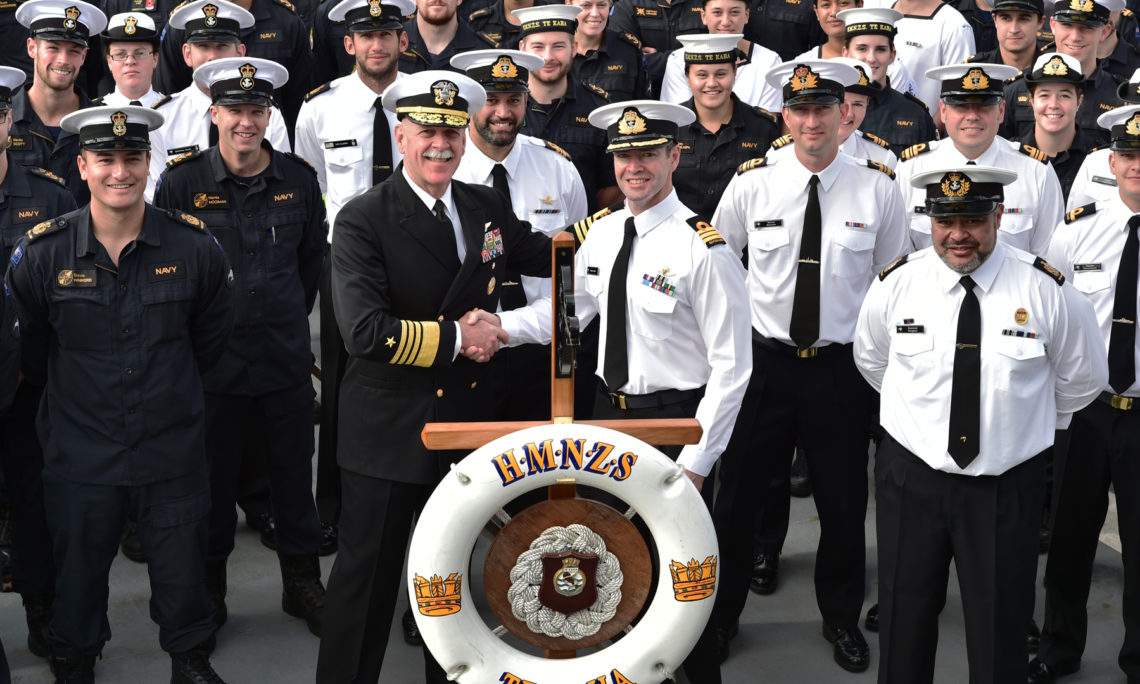 The importance of building and maintaining strong regional relationships between navies was emphasised by the United States Commander Pacific Fleet, Admiral Scott Swift, when he visited the Devonport Naval Base today.

Admiral Swift was a keynote speaker at the Fleet Warfare Forum hosted by the Royal New Zealand Navy.

However, he used the opportunity to express gratitude on behalf of the United States Government to New Zealand for offering HMNZS Te Kaha to take the place of USS Fitzgerald when that ship suffered a collision at sea, which claimed the lives of seven American sailors.

“A crisis never occurs at the time and place of our choosing, and as security professionals it’s impossible to put a price on the value of the relationship we have with New Zealand,” Admiral Swift said.

“Having Te Kaha as part of the Nimitz Carrier Strike Group during their deployment was an excellent learning experience for both navies and we thank you for allowing that.”

At the time the RNZN was celebrating its 75th birthday in Auckland and ships attending the anniversary, including USS Sampson and her crew, quickly rendered critical aid and assistance.

“Having Te Kaha join the 7th Fleet had nothing to do with reciprocal support,” Rear Admiral Martin said. “It’s just what any friend would do when called upon by another in time of need.

“And for us the deployment provided an opportunity to demonstrate New Zealand’s commitment to regional security.”

While he was on the base, Admiral Swift visited Te Kaha to personally thank Commanding Officer Steve Lenik and his crew for their assistance in July.

“Our sailors loved the interaction with the Kiwis and the New Zealand sailors I’ve spoken to have said the same,” Admiral Swift said. “I’m encouraged that the bonds of friendship forged between our navies during World War II continue to flourish today.”