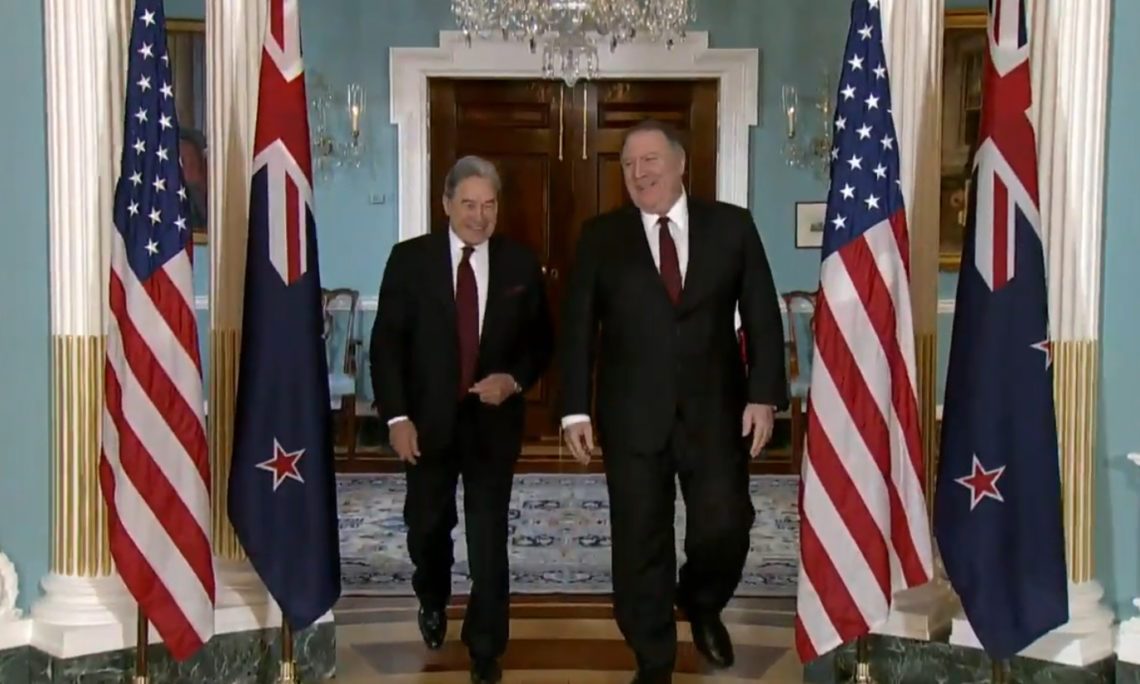 The below is attributable to Deputy Spokesperson Robert Palladino: ‎

Secretary Michael R. Pompeo met today with New Zealand Foreign Minister Winston Peters at the Department of State. Secretary Pompeo thanked Foreign Minister Peters for New Zealand’s continued support in working towards the final, fully verified denuclearization of North Korea as agreed to by Chairman Kim Jong Un and for New Zealand’s assistance in countering terrorism in Iraq and Afghanistan. They discussed the strategic relationship between the United States and New Zealand, our strong trade and commercial ties, cooperation in the Indo-Pacific region in partnership with Pacific Island countries, and joint efforts to strengthen the international rules-based order.https://twitter.com/VP/status/1074774081160036358

Welcomed Deputy PM @winstonpeters of New Zealand to the @WhiteHouse – productive discussion about working together on improving bilateral trade. The US & New Zealand are committed to strengthening our friendship & deepening cooperation on shared goals that benefit both countries. pic.twitter.com/yJTo39u79r