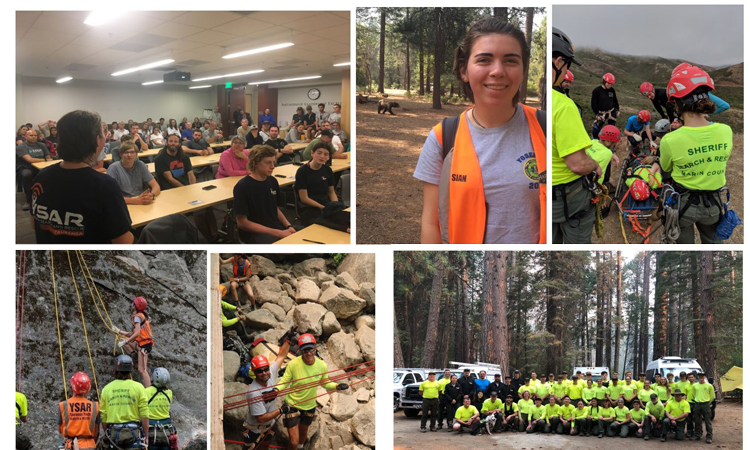 We are counting down the days till your arrival in Tauranga and we have to warn you, your itinerary is jam-packed - JJ Niles, YSAR student (also photo credit).

In 2018, the U.S. Embassy was delighted to support a talented, ambitious group of Tauranga Youth Search and Rescue (YSAR) volunteers to attend a training seminar with their counterparts, Marin County Search and Rescue (SAR), in Yosemite National Park, CA. This month, the YSAR group will host a reciprocal eight-day visit for their ‘Californian friends’ in New Zealand. YSAR volunteer, 18 year old JJ Niles, penned a letter to the incoming Marin County SAR group.

To our Californian friends

We are counting down the days till your arrival in Tauranga and we have to warn you, your itinerary is jam-packed.

During your eight-day visit, you’ll join a search and rescue exercise in the Papamoa hills and hike the famous Tongariro Crossing (you’ll meet Ruapine Alpine Rescue staff, too). We’ll bring you along to one of our Youth Search And Rescue (YSAR) classroom sessions before we introduce you to the New Zealand bush and show you our operations base in the Kaimai Ranges. We’ll also show you some of our favourite off-the-beaten-track ‘secret spots’ around Taupo and Rotorua. We know you want to surf while you’re here so we’ve ordered some decent waves, too, and of course you’ll need to climb Mauao, at Mount Maunganui.

Having you visit reminds us just how outstanding our exchange trip to California was last year. Last July, all six of us were instantly welcomed by a really cool group of people with very different personalities, all sharing the same goal: to learn more about searching, rescuing and saving lives.

In San Francisco, straight out of the airport, into the blistering heat and onto the wrong side of the road, we set course for Marin County, an abundance of fog and a beautiful landscape.

We had been in the country only a few hours before Tom, Dingo and I managed to eat every edible thing in Bob’s house. We later ventured into the Marin County Sheriff’s department cache where we were absolutely blown away by the amount of gear that was available. We had seen nothing like it before – we’re used to borrowing what we need or rummaging through a trailer full of mismatched and miscellaneous gear. You guys had ATVs all the way up to specialised trucks, and everything in between.

Speaking to your team about who we are and what we do was a really humbling experience and it made the whole trip feel real for the first time, like ‘wow were here.’ Neil tried to convince the room that New Zealand was at the top of the world map and spoke a karakia in broken Te Reo Maori. He’s been practicing again, so look out!

From the classroom to Yosemite National Park, the Kiwis were travelling in luxury in a tidy minivan with working air con and more legroom than the flights. Yosemite is one of the most beautiful places we’ve ever visited, even though we couldn’t see the sun most of the time. We had arrived during what turned out to be the worst fire season in the park’s history.

And we were exhausted. I’ll never forget hearing Laura’s head hit the desk, as she finally gave in to jet lag and fell asleep behind me right next to Mike St John during the exercise briefing. What on earth did you guys think as each of us nodded off in the classroom, while important information was being given. Despite our struggles to stay awake, another real highlight for us was listening to John Dill share his knowledge and stories about his previous SAR missions.

We certainly woke up when the bear lockers were mentioned. I thought it was a joke and you actually had a giant fridge full of beer but it turned out there was real danger that bears would try to get at our food and gear. With no bears or spiders or snakes or wolves in New Zealand, we don’t put any thought into where we store our gear or how to keep ourselves safe from animals. I still can’t believe Sophie got a photo with a bear!

We’re not allowed to mention the hammock fort but let’s just say the sleeping arrangements were an awesome experience. Quick shout out to all our musicians for the most pleasant wake up calls and campfire songs. I pitched the idea of ditching our usual air horns but it hasn’t caught on here; none of our leaders were keen on singing for our early morning wake up call.

On that trip we learnt so much more than we ever imagined. It was interesting for us to see how well the Marin County SAR worked with their youth and how welcoming they were. Our entire organisation is better because of some of the things we learned on this trip. We learned new skills such as lowering stretchers, abseiling, landing helicopters and setting up the rescue edge tripods. It was different to anything we have done before and a lot of fun, too. We hope to give you plenty of new experiences while you’re here.

Thanks to our time in Yosemite, we collectively have well over 4000 photos. We can’t promise you any bear photos in New Zealand but you’ll have to look out for our possums while you’re here  – they’re terrifying!