The life and legacy of Martin Luther King Jr.

Martin Luther King Jr. dedicated his life to the nonviolent struggle for racial equality in the United States. The third Monday in January marks Martin Luther King Jr. Day, a U.S. holiday that honors King’s legacy and challenges citizens to engage in volunteer service in their communities.

Born on January 15, 1929, to a long line of Baptist ministers, King grew up in Atlanta at a time when Jim Crow laws made segregation and discrimination a daily reality for blacks in the South.

King attended Morehouse College in Atlanta, where he came to view religion as a powerful catalyst for social change. He received his doctorate from Boston University’s School of Theology before returning to the South, where he served as pastor of the Dexter Avenue Baptist Church in Montgomery, Alabama.

Today, King’s Atlanta birthplace is registered as a National Historic Site with the National Park Service.

Civil rights struggle in the 1950s 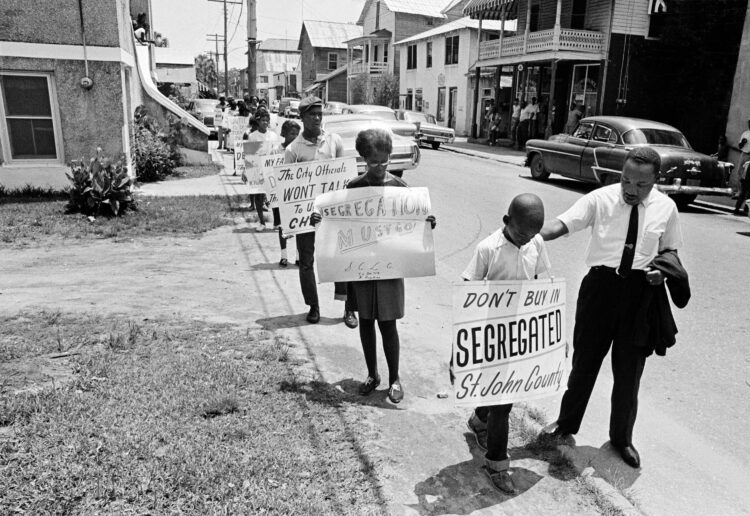 King helped organize the Montgomery bus boycott, a yearlong campaign touched off when seamstress Rosa Parks was arrested after refusing to give up her seat on a bus to a white passenger. After the Supreme Court overturned Alabama’s bus segregation laws in 1956, King co-founded the Southern Christian Leadership Conference and promoted nonviolent action for civil rights throughout the South. He was influenced by the teachings of Mahatma Gandhi and traveled to India in 1959.

Joining his father as co-pastor of the Ebenezer Baptist Church in Atlanta, King continued to use his oratorical gifts to urge an end to segregation and legal inequality. Throughout the 1960s, he was arrested during nonviolent protests in Alabama, Florida and Georgia. While incarcerated after one such arrest, in 1963, King penned the Letter from Birmingham City Jail, outlining the moral basis for the civil rights movement. That August, he delivered his famous “I Have a Dream” speech to more than 200,000 people gathered on the National Mall in Washington. 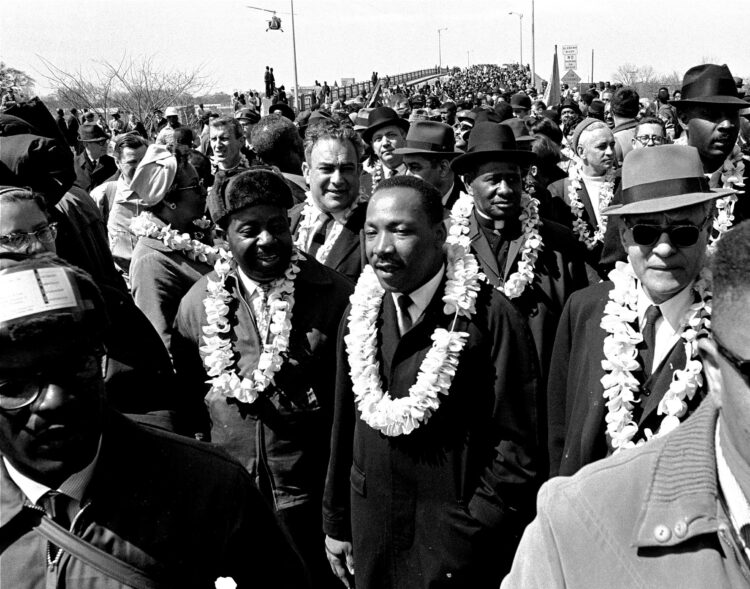 March 7, 1965, became known as Bloody Sunday because voting-rights marchers were beaten by state troopers and civilians as they crossed the Edmund Pettus Bridge in Selma, Alabama. The violence turned them back, but the ordeal led King to call for another, longer march (pictured) — an 87-kilometer-long, Selma-to-Montgomery march for voting rights.

In 1964, President Lyndon Johnson signed the Civil Rights Act, which banned discrimination in employment, public accommodations and other aspects of life. King attended the signing of the act into law (pictured). He continued to press for a law to ensure that blacks could not be denied the right to vote by discriminatory practices such as literacy tests, and, in 1965, Johnson signed the Voting Rights Act. King received the Nobel Peace Prize in 1964.

In the wake of assassination

On April 4, 1968, King was assassinated on the balcony outside his Memphis, Tennessee, hotel room. At his funeral, thousands of mourners marched through Atlanta behind a mule-drawn wagon bearing his coffin.

In a posthumously published essay titled “A Testament of Hope,” King urged black Americans to continue their commitment to nonviolence, but also cautioned that “justice for black people cannot be achieved without radical changes in the structure of our society.”

In a 1959 radio address during his visit to India, King said: “Today we no longer have a choice between violence and nonviolence; it is either nonviolence or nonexistence.” His philosophy was inspired by Gandhi’s nonviolent action to end British rule in India. In his turn, King inspired others to change their societies through nonviolent means, from the Solidarity movement’s cracking of Soviet occupation in Poland to Nelson Mandela’s struggle to end apartheid in South Africa.

During the 1963 March on Washington, King declared that all people should be judged not “by the color of their skin, but by the content of their character.” The King Center in Atlanta is a living memorial to King’s vision of a free and equal world dedicated to expanding opportunity, fighting racism and ending all forms of discrimination.

The Martin Luther King Jr. Research and Education Institute at Stanford University is home to the King Papers Project, a comprehensive collection of all of King’s speeches, correspondence and other writings. The institute is also involved with the Liberation Curriculum Initiative and the Gandhi-King Community, both of which use King’s life and ideas to connect social activists around the world working to promote human rights.

King’s legacy: Service to others

In the U.S., Martin Luther King Day is designated a national day of service. Americans are urged to celebrate “a day on, not a day off” in honor of King’s commitment to improving the lives of others. Former President Obama promotes volunteerism as a way to help meet the challenges facing our world.

A national memorial to King was built near the Lincoln Memorial, where King delivered his “I Have a Dream” speech. The memorial invites visitors to reflect on King’s life and legacy.