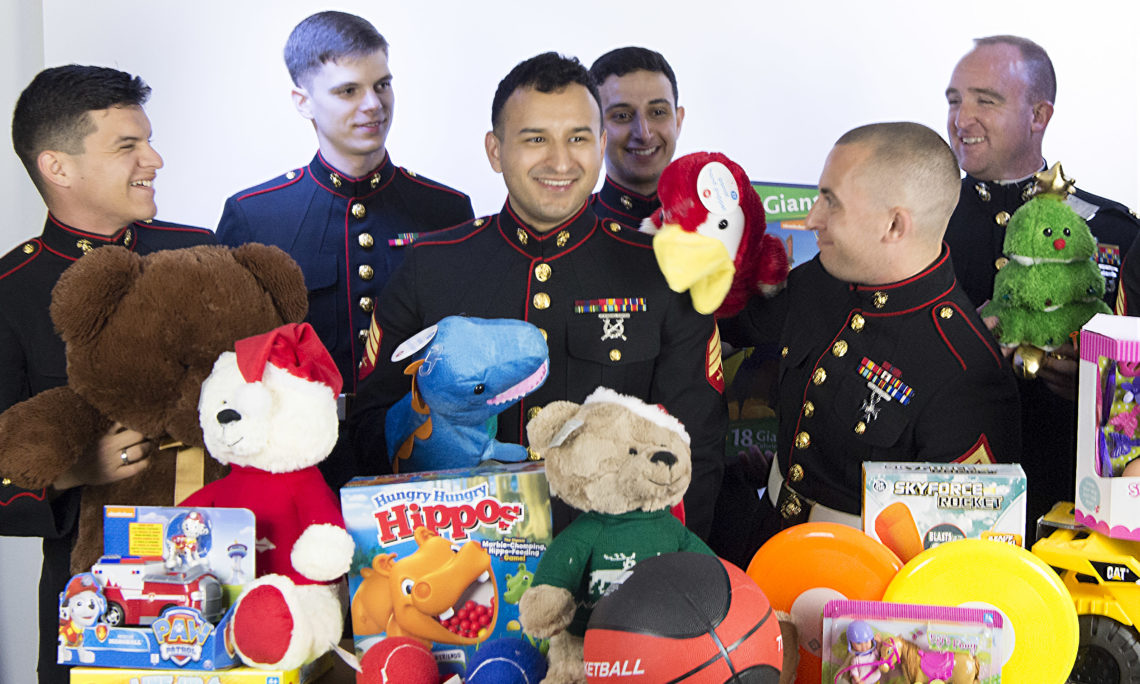 This Saturday (December 9, 2017) Marines from the U.S. Embassy will be at Johnsonville Mall from 0900-1500 collecting new toys for local organizations which are working to bring joy to kids having a tough time at Christmas.

“We’re asking Wellingtonians to help us create smiles this Christmas. Everybody deserves a gift at Christmas—especially kids who don’t have much, or who find themselves in hospital at this time of year,” says Sgt. Sikoutris. “Please come out and donate.”

The collection is part of an annual toy drive called Toys for Toys which runs around the world.

Toys for Tots came into being in Los Angeles in 1947, begun by Major Bill Hendricks, USMCR, and was adopted by the United State Marine Corps in 1948.  It then expanded into a nationwide community action project.  The famous train logo was designed by Walt Disney Studios the same year.

The program has continued to grow and expand over the years from its humble beginnings of 5000 toys in 1947, and this past year, 18 million toys have been collected and distributed to 7 million less fortunate children.  Over its life span, the Toys for Tots program has distributed more than 530 million toys to children around the world, making a profound difference in the lives of over 244 million children.

At Missions overseas, such as here in New Zealand, toys are collected by the Marine Security Guard program, sorted and donated to organizations, such as local children’s hospitals.  Here in Wellington, donations are made to Wellington Regional Children’s Hospital and the City Mission.