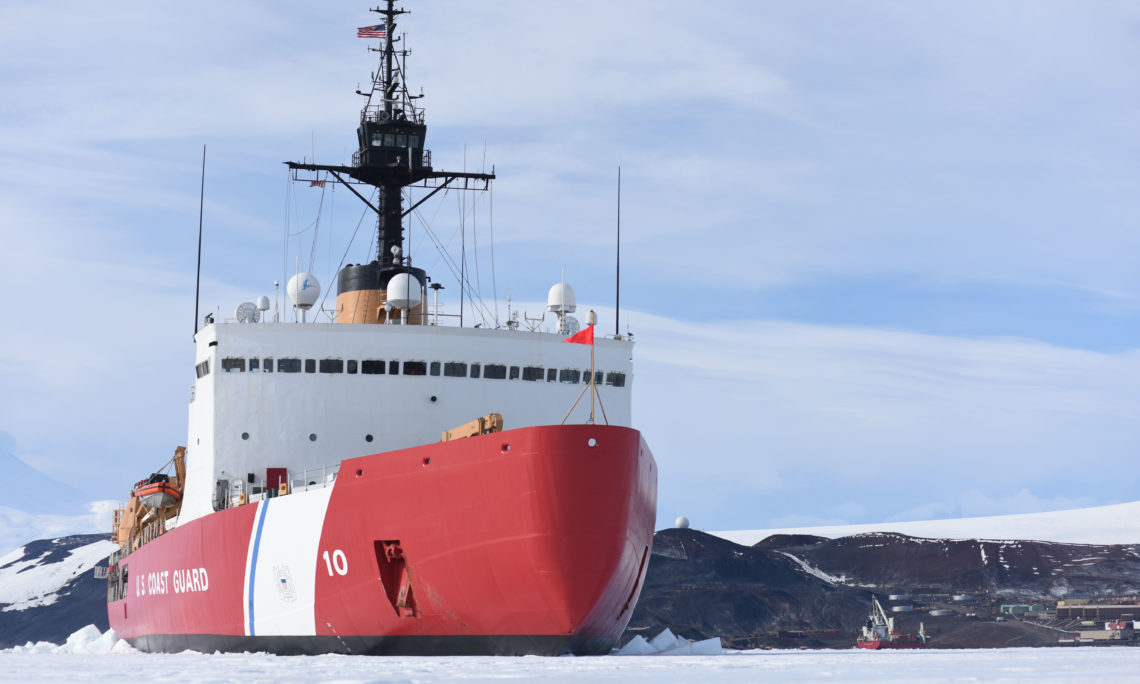 The United States has sought, and been granted, New Zealand’s permission for a U.S. Coast Guard icebreaker, the U.S. Coast Guard Cutter (USCGC) POLAR STAR (WAGB-10), to make a port call at Lyttelton on its way to complete its seasonal operations in support of the National Science Foundation-managed U.S. Antarctic Program. The visit will occur sometime in this month or early next month. The exact date of the Polar Star’s arrival in New Zealand will be determined by the conditions it encounters while heading south.

Ambassador Brown, who has recently returned from Antarctica, says that he saw first-hand the importance of the cooperative exploration that is being done on ‘the Ice.’

“A number of the scientific programs in Antarctica will benefit from this year’s supply stop in Lyttelton. This will be the POLAR STAR’s second visit to New Zealand within a year and its mission directly supports U.S.-NZ Antarctic cooperation,” says Ambassador Brown.

“Each year the USCGC POLAR STAR breaks a channel through the sea ice of McMurdo Sound to allow a cargo ship and fuel tanker to resupply the scientific programs on the ice.  The icebreaker then escorts these ships safely in and out of McMurdo Sound.”

This annual U.S. resupply allows for year-round scientific activities in Antarctica and is critical to the operation of New Zealand’s Scott Base and the U.S. McMurdo Station.  In turn, McMurdo Station serves as a logistics hub for various field camps and for Amundsen-Scott South Pole Stations (800 miles or approximately1300 kilometers inland from McMurdo).

“This visit saves days of transit time for the vessel and associated fuel and fuel costs, and it strengthens our cooperation on the ice. This approach also frees up space on the U.S. Antarctic Program’s fleet of ski-equipped LC-130 cargo aircraft to conduct missions on the continent,” the Ambassador added.

This is the third visit of a U.S. ship since 2016:  The USS SAMPSON visited in November 2016 to mark the 75th anniversary of the Royal New Zealand Navy; the POLAR STAR called in Lyttelton in February of 2017 upon its return from Antarctica, and now the POLAR STAR will visit again sometime within the next month.

While in port in February 2017 on the previous port call, the crew of the POLAR STAR assisted authorities with maintaining cordons during the fires in the Port Hills.  During this visit the crew hopes to participate in local tree planting efforts in support of the ongoing rejuvenation of the Port Hills.

Ambassador Brown says the possibility of any future U.S. ship visits to New Zealand would continue to be considered on a case-by-case basis by the two countries.

“Any conversations about the possibility of future visits will focus on practical cooperation, friendship, and advancing shared interests,” he says.

Commissioned in 1976, the ship was built by Lockheed Shipbuilding and Construction Company of Seattle, Washington, along with her sister ship, the POLAR SEA (WAGB-11).  POLAR STAR is one of the largest ships in the U.S. Coast Guard.