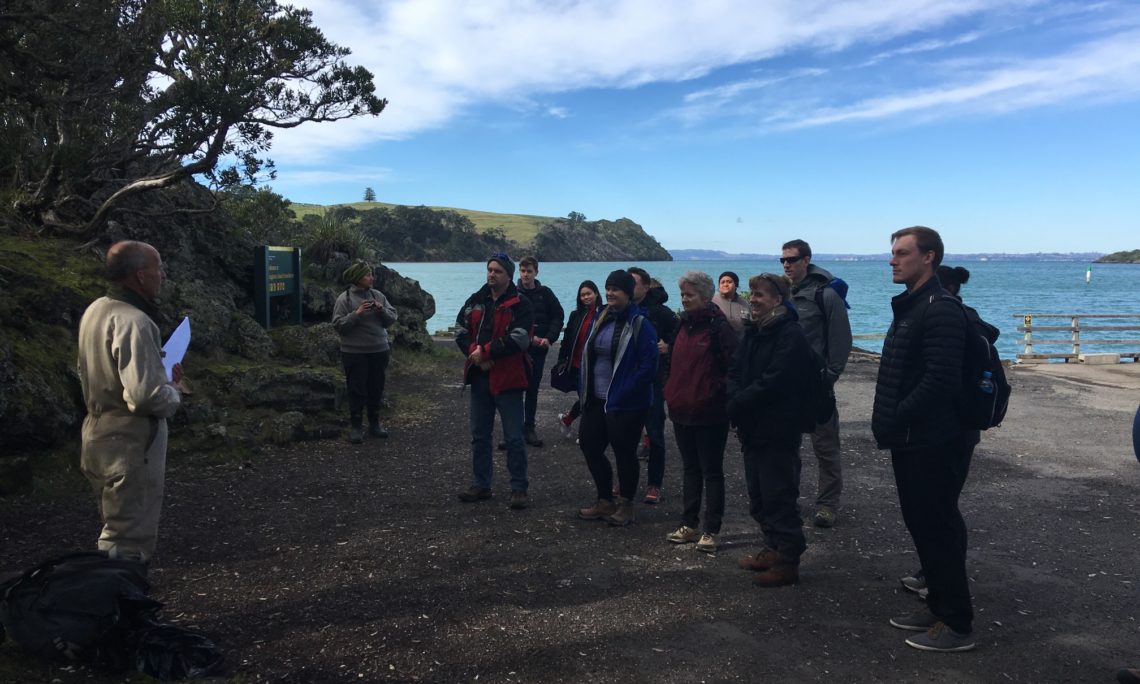 The 2016 Olympic Games in Rio de Janeiro kicked off on Saturday August 6 with an ode to Brazil’s unique history, culture, and challenges as told through samba, bossa nova, and tropicalia. Significantly, the Olympic Opening Ceremony emphasized the importance of environmental sustainability for Brazil and the world. Every one of the over 11,000 athletes in the Parade of Nations planted a seed of a tree native to Brazil.

Inspired by the Olympics commitment to the environment, U.S. Consulate Auckland staff joined together with the Sir Peter Black Trust to plant over 200 native trees on Motutapu Island, which is a 30 minute boat ride from the Auckland CBD.

Motutapu Island is pest free so it has strict quarantine rules to protect the native birds and plants on the Island. Once all the shoes had been sprayed and bags checked, U.S. Consulate staff and friends were ready to go.

The Department of Conservation welcomed manuhiri (visitors) to Motutapu by describing a brief history of the Island. At 178 million years old, Motutapu Island is one of the oldest land masses in the Hauraki Gulf. The island’s full name is Te Motu tapu a Taikehu, the scared island of Maori ancestor Taikehu who arrived in the Tainui waka (a legendary Polynesian voyaging boat).

The island has a rich history that includes pa (earthwork fortifications), formerly hosted exotic animals such as the wallabies and ostriches, and bunkers built by American troops during WWII. Unfortunately the native tieke birds did not make an appearance during the trip.

The U.S. Embassy and Consulate are working closely with the National Parks Service and New Zealand Department of Conservation to spread the word about the amazing places they manage during the 2016 National Park centennial year.

We are happy to work together to rejuvenate the indigenous plant life on the island.