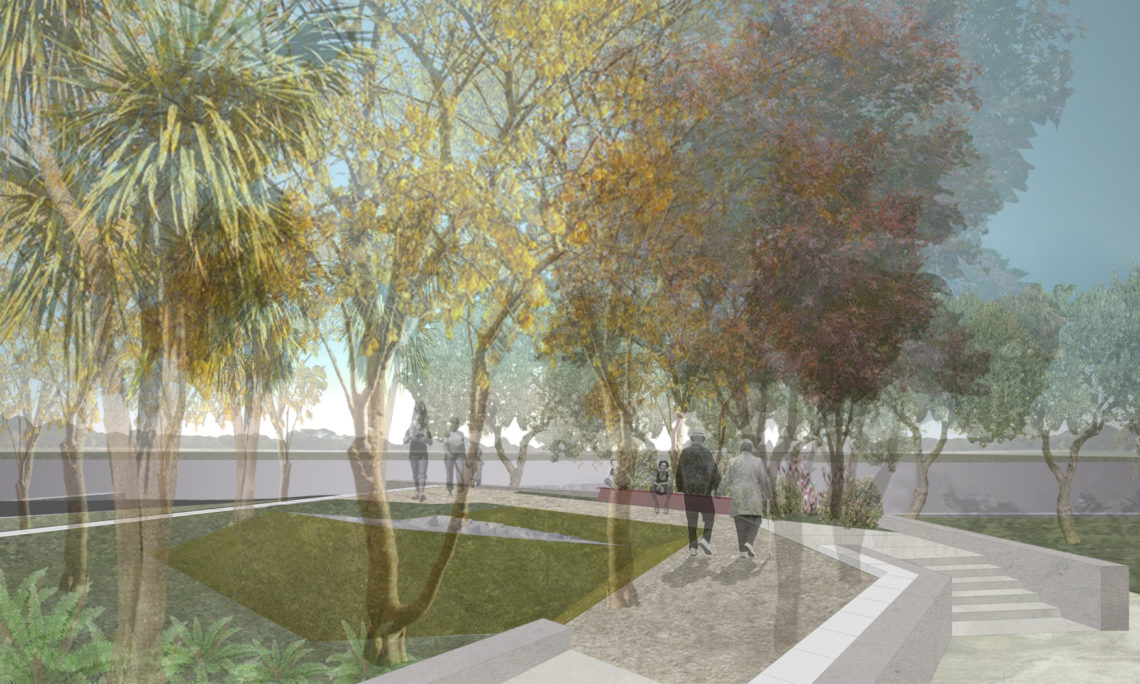 “Pukeahu is a special place for New Zealanders and visitors to reflect on this country’s experience of conflict and our role in peacekeeping and how this has helped shape our national identity,” Tamsin Evans said.

“In almost all the overseas conflicts involving New Zealand, the U.S. has also been there. It’s most appropriate the U.S. was one of the first nations to be invited to build a memorial and it is a most welcome addition to the park’s landscape.”

“This memorial will be a constant reminder of our shared heritage,” Tamsin Evans said.

“They were asked to travel to defend Aotearoa from invasion while most of New Zealand’s military were on the battlefields of Europe,” Ambassador Brown said.

“It was here they prepared to protect the South Pacific, and here they returned for medical care. New Zealand families welcomed them into their homes and even today I meet people who speak fondly of these U.S. service men and women.

“This memorial honours our shared history, the values we share, and our ongoing commitment to making our world a better place. It provides an important place for Americans and Kiwis to visit and reflect for many generations to come,” he added.

Designed by architect Monica Ponce de Leon the U.S. memorial will be the sixth to take its place at Pukeahu National War Memorial Park, accompanying those from Australia, Belgium, France, Turkey and the United Kingdom.

Randall G. Schriver, Assistant Secretary of Defense for Asian and Pacific Security Affairs has travelled from Washington D.C. to be the guest of honour at today’s event. Assistant Secretary Schriver, along with United States Ambassador to New Zealand His Excellency Scott Brown, will unveil the memorial at 3.30pm. The Minister of Defence Hon Ron Mark is also attending.

Monica Ponce de Leon is a Venezuelan-American architect, and Dean of the Princeton University School of Architecture. Ms Ponce de Leon is working with landscape architects Landworks Studio and has been supported in Wellington by architect Sam Kebbell.

The design was commissioned by the U.S. Government and the American Battle Monuments Commission. Since 1923 the Commission has worked to fulfil its charter, to commemorate the service, achievements and sacrifice of the United States’ armed forces who have served overseas.

The memorial is placed to draw people into an area of reflection. The entry pathways give way to a spiralling slope that will guide visitors around a gentle mound until, at the far end of the path, there is a tablet with a passage to help them focus on remembrance.

The words on the tablet are taken from a radio address delivered on Anzac Day 1943, by then U.S. Secretary of the Navy, Frank Knox, and reads:

Together, in our strength, we shall keep that ocean – Pacific!..As we are comrades in battle, so we shall be partners in victory. I salute the lands of the ANZACs as our companions in the peace that will follow, comrades and partners as an example to all the world of what can be accomplished by a fraternity of free men.